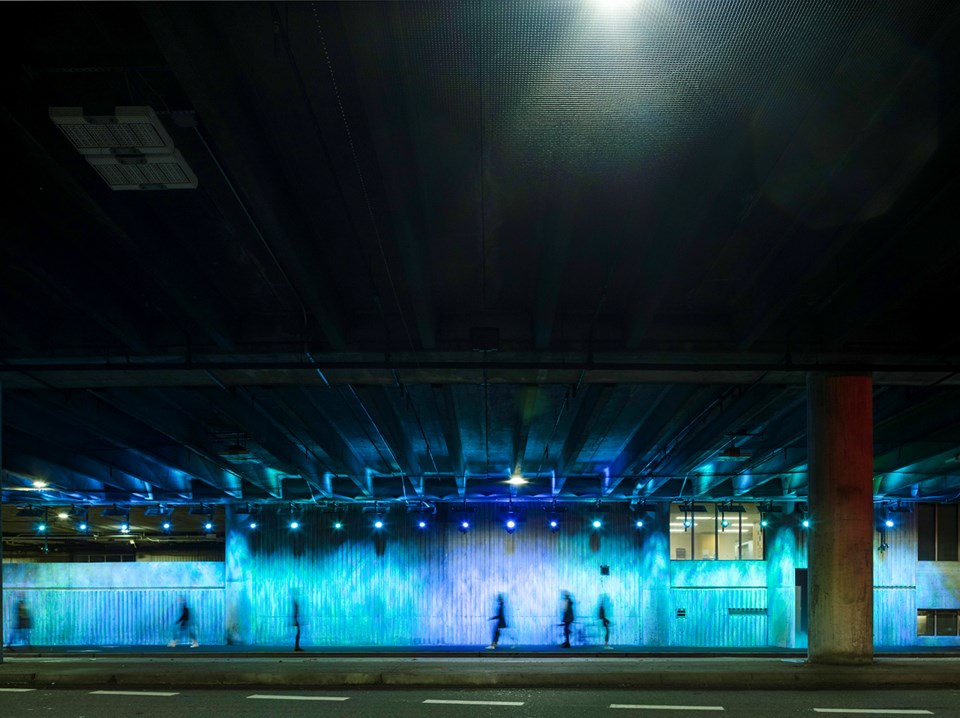 “Sea Change,” a large-scale artwork that uses a series of interactive LEDs and textured mirrored-panels that reflect light patterns to mimic being immersed in a body of water, was officially activated in October 2020.

Earlier this month, the piece was nominated along with 100 other community art projects for a People’s Choice CODA-award.

The awards, which are given out by CODAworx, are given out to “projects that most successfully integrate commissioned art into interior, architectural, or public spaces,” according to the CODAworx website.

“Sea Change,” which was commission by the Polygon Promenade in partnership with the City of North Vancouver, was designed to provide a visually, dynamic, engaging and playful experience to the tunnel adjacent to the Lonsdale Quay bus exchange.

When the tunnel is unoccupied, the artwork – created by local artist Jill Anholt – casts a gentle rippling light effect, but when a passerby enters the tunnel along the Spirit Trail, it triggers a wave of blue and green light which cascades along the wall in front of them.

Public voting is on now until June 30. The projects which get the most votes will receive the People’s Choice award.