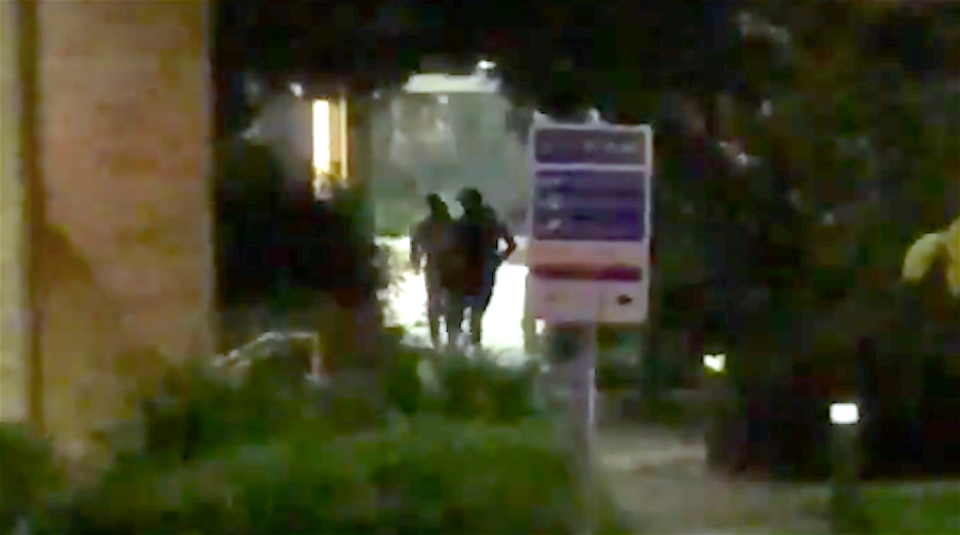 UBC students fled the scene of a party on Saturday night after RCMP dispersed the unsanctioned on-campus gathering. (via Twitter/Krislikesbooks)

University of British Columbia (UBC) students were busted by police Saturday for an outdoor party on campus.

In a 30-second video posted to Twitter Sept. 12 – captioned “front-row seat to the RCMP breaking up a party of 50 people” – students were seen fleeing the scene.

The witness, a graduate student, detailed that the party appeared in an area between the Ritsumeikan residence and Totem Park.

Since mid-March when the pandemic was declared, gatherings of more than 50 people have been banned by provincial health officials.

In its code of conduct this year, the university “states you cannot have parties,” confirmed. UBC director of university affairs Matthew Ramsey.

“If you violate that you could face eviction."

front row seats to the RCMP breaking up a party of ~50 people... don’t these kids know we’re trying to *abolish* the police? pic.twitter.com/8UmG61Yf3h

As a result of Saturday's incident, Ramsey said on-campus security is ramping up patrols around residences.

“Guards will inform any students found to be congregating and not following health guidelines to do so,” he added, making mention of the more than 200 times the university has communicated with its students about current health and safety guidelines.

Students living on campus are also required to take an in-person class which explores the new rules, Ramsey explained.

Ultimately, the director said the police response Saturday was “an example of things working as they should.”

“Someone from the community called and RCMP dispersed the group,” he assured.

Glacier Media is awaiting a comment from University Detachment RCMP.