The Center for Whale Research, based in Friday Harbour, Washington, said chinook salmon are the main food source for the resident orcas, whose numbers have been squeezed down to 74 largely because of dwindling salmon stocks in the Salish Sea.
Dec 7, 2020 3:40 AM By: Darron Kloster 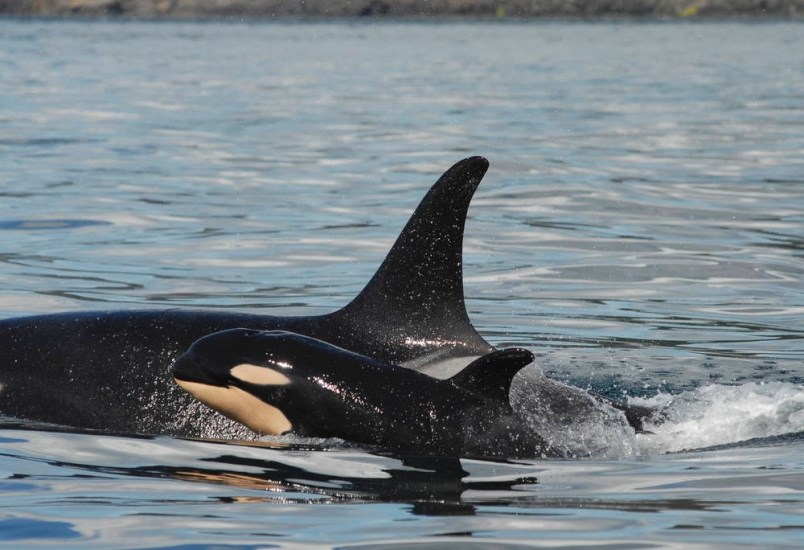 The number of southern resident orcas have been squeezed down to 74 largely because of dwindling salmon stocks in the Salish Sea. (AP Photo/Courtesy the Center for Whale Research)

An American organization that has studied the decline of the southern resident orca population for more than four decades has acquired land on either side of a Washington river with hopes it can restore historic runs of chinook salmon for an “ecosystem approach” to feeding the whales.

The Center for Whale Research, based in Friday Harbour, Washington, said chinook salmon are the main food source for the resident orcas, whose numbers have been squeezed down to 74 largely because of dwindling salmon stocks in the Salish Sea.

The centre has acquired 45 acres on the Elwha River near Port Angeles on the Olympic Peninsula, where native chinook salmon spawn. They’ve dubbed the property Big Salmon Ranch.

The U.S. government in 2014 removed two hydro-electric dams that blocked salmon runs on the Elwha, and fish populations are improving, said Ken Balcomb, the Center for Whale Research’s founder and senior scientist.

“The salmon are coming back in greater numbers each year and in 20 more years they may reach historical population levels,” he said. “Restore the ecosystem and the salmon will recover. We decided to champion a good example as a model for other river ecosystems that can ultimately provide food for the southern resident orcas.”

Balcomb said the organization will keep its Elwha ecosystem habitat in an undisturbed, non-resource-extraction condition in perpetuity so that chinook salmon can recover to pre-dam levels of 25,000 to 33,000 returning adults in the coming decades.

The 7,400 chinook that recently returned to the Elwha created about 900 redds, or spawning nests, each containing about 5,000 fertilized eggs. Optimally, more than four million chinook smolts will be produced by the Elwha. By 2024, the organization said it could result in 80,000 to 250,000 returning adult Chinook salmon for the orcas and the overall fishery.

But the new landowners say the Elwha alone won’t be enough to sustain the orca population.

The Center for Whale Research said the collapse of the Fraser River chinook populations in recent years has made it imperative that other food sources for the southern resident orcas be found and encouraged to recover as quickly as possible. The group believes all of the natural populations of chinook salmon that spawn in Salish Sea rivers are now endangered due to fishing and habitat degradation.

“If other major runs of chinook salmon in southern resident orca habitat were healthy, like the Snake and Columbia River systems once were, the whales might be OK,” the group says. “But virtually all of these other ecosystems have major habitat issues.”

The southern resident population is comprised of three pods, J, K and L, which use dialect in their calls that are unique from other orcas. As of October, the Center for Whale Research said J Pod consists of 24 animals, K Pod has 17 and L Pod 33.