Learning more about the insect will help scientists determine whether it is “friend or foe — or both.”
Sep 26, 2020 7:12 PM By: Gary Mckenna 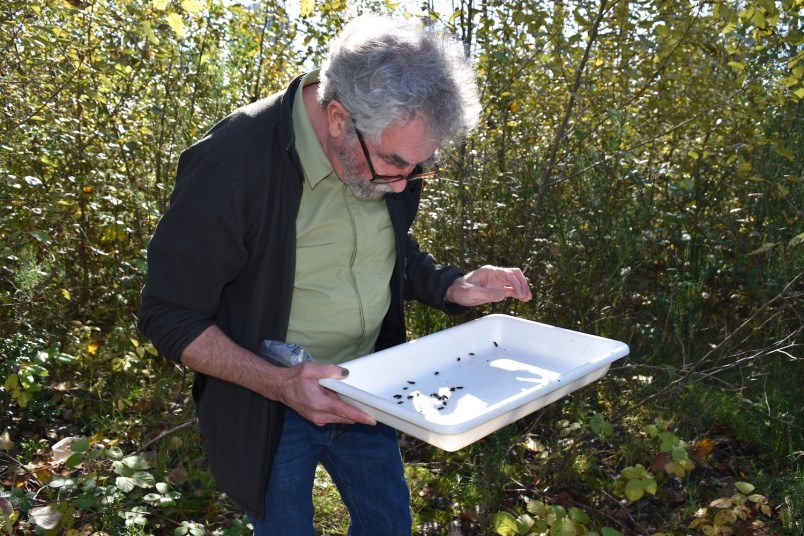 Robert McGregor, the executive director of the Douglas College Institute of Urban Ecology (IUE), said learning more about the insect will help scientists determine whether it is “friend or foe — or both.” PHOTO SUBMITTED PHOTO

Douglas College is calling on “citizen scientists” to help track a species of European beetle that has turned up in the community over the last few years.

Robert McGregor, the executive director of the Douglas College Institute of Urban Ecology (IUE), whose team first discovered Nebria brevicollis on the Coquitlam campus in 2018, said learning more about the insect will help scientists determine whether it is “friend or foe — or both.”

“This is a new thing in Western Canada,” he said. “This particular insect species is not something that is going to cause any pest problems because it doesn’t eat plants and it is not an agricultural threat. But it might displace some of our native brown beetle species in this area, so we are very interested in what it’s effects are going to be.”

The IUE launched Beetle Watch 2020 in an effort to engage community members to trap and photograph the insects and submit the information for analysis. McGregor said the work of citizen scientists will help his organization gain a better understanding the distribution of the species, which has been spotted in several locations throughout the Metro Vancouver area.

The beetle is native to Europe, but arrived on the West Coast when samples turned up in Oregon in 2007. It has since moved north and was first found in the Lower Mainland in 2015.

McGregor said trapping the beetle is easy and helpful instructional videos have been posted online.

“It really is the ideal time to be sampling for Nebria brevicollis because they are well rested beetles who have been in a summer dormancy through July and August,” he said, adding the insect may continue active foraging into the winter, depending on the temperature.

“They will be emerging now in September getting ready to go through their mating cycle, so if you want to help, now is the perfect time.”