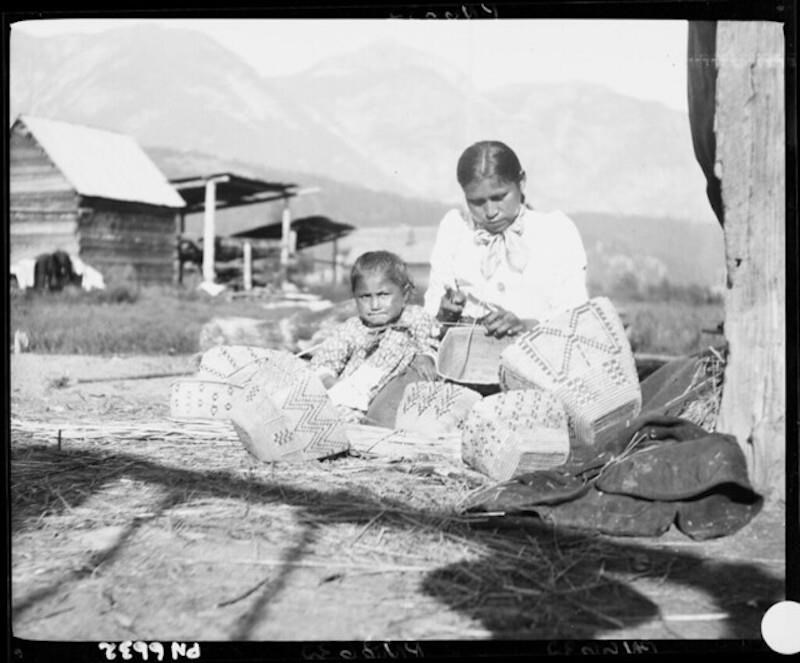 Over 16,100 historic photos showing Indigenous communities in British Columbia from the late 1800s to the 1970s have been digitized and released to the public.

It took two years for the Royal B.C. Museum to digitize the images, along with written information on the back, and make it searchable. Now they're opening it up to the public.

"At last, the majority of photographs of Indigenous communities from the Royal BC Museum collections are available to the public digitally, and the names of Indigenous individuals who appear in the photos are easily searchable,” says museum CEO professor Jack Lohman in a press release.

The photos include images captured throughout the Interior (42 are tagged with 'Kamloops' for example, and 1,368 are identified as depicting interior Salish peoples, which include the Secwepemc and Okanagan).

The museum's entire collection is not available. Upon the advice of an advisory committee made up Indigenous members and advocates (including Chief Ron Ignace) some photos weren't included in the public database for a variety of reasons, including copyright issues and the fact they depict sacred ceremonies.

The main drive behind making the photos public and searchable was to make them available to Indigenous people across the province. Another reason is research.

“Indigenous peoples have a right to images of their communities and their families and through this database can access them no matter where they are in the province,” says Lisa Beare, Minister of Tourism, Arts and Culture.

The database is searchable here. To search the recently publicized photos, you have to put "pn" into the catalogue number.

Second week of British Columbia's election campaign begins
Sep 27, 2020 5:42 PM
Comments
We welcome your feedback and encourage you to share your thoughts. We ask that you be respectful of others and their points of view, refrain from personal attacks and stay on topic. To learn about our commenting policies and how we moderate, please read our Community Guidelines.