Ruling ordering a 45% cut in emissions 'does not change the actions we are taking': Shell Canada

A UBC prof says the Dutch ruling may end up being more symbolic than practical.
May 29, 2021 8:53 AM By: Stefan Labbé 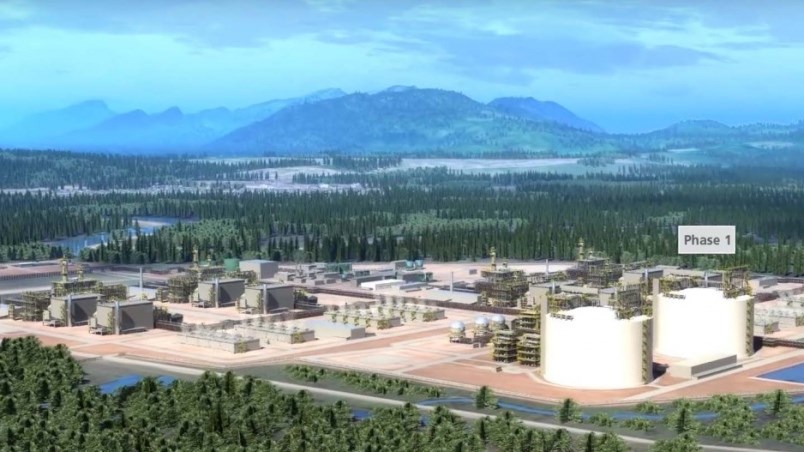 An artist's rendering of LNG Canada plant in Kitimat. (via LNG Canada)

A court in the Netherlands handed down a landmark ruling Wednesday calling for the Dutch Shell oil and gas company to scale back its emissions by 45% by 2030 from 2019 levels.

That, combined with an unprecedented shareholder attack on the Exxon Mobil board this week, has led some experts to conclude one thing: 2021 is emerging as a turning point in the race against climate change.

“The world is coming to a realization that something drastic has to happen with our fossil fuels,” said Werner Antweiler, an energy expert and professor at the UBC Sauder School of Business.

But what does it all mean for British Columbia?

A spokesperson for Shell Canada told Glacier Media the company is preparing to appeal the Dutch court’s decision.

“This decision does not change the actions we are taking, nor the actions needed by others to reduce global emissions,” wrote spokesperson Tara Lemay in an email.

Speaking for Shell Canada, Lemay said it is already “actively exploring opportunities and investing” in such areas as carbon capture, renewable power and biofuels.

When asked about the future of its investment in the massive LNG Canada natural gas terminal in Kitimat — where it holds a 40% stake with four other Asian companies — the Shell spokesperson said “it has been designed to achieve the lowest carbon intensity of any LNG project operating today.”

It’s the kind of response Antweiler said he expects, noting the Dutch ruling may end up being more symbolic than practical.

“It’s very unlikely they’re going to be able to make these targets by maintaining current production and ramping up sequestration,” he said, noting other companies and countries would likely step in to fill the gap left by a company that emitted 1.65 billion tons of greenhouse gas on a CO2-equivalent basis in 2019, only slightly less than Russia, the planet’s fourth-largest polluter.

One path for Shell, said Antweiler, is it could walk away from carbon-intensive facilities like LNG Canada, estimated to generate four million tones of CO2 per year during the first phase.

What’s most likely, said the energy expert: “The court ruling out of the Netherlands has no global implications because it is not legally binding outside that jurisdiction.”

Still, pressure is building on the oil and gas sector to move faster toward low-carbon alternatives — one global database says there are over 1,800 active litigations involving climate change.

“It’s a huge signal to all big fossil companies,” said Marc Lee, an energy specialist with the Canadian Centre for Policy Alternatives. “It does raise some major questions about LNG Canada.”

Antweiler said the clearest path for oil and gas companies to meet their net-zero targets will be to halt the development of new oil and gas projects.

At the same time, car manufacturers like Ford and Volkswagen announced ambitious plans this year to phase out internal combustion engines and ramp up demand for electric cars.

“2021 is a turning point. The world is coming to a realization that something drastic has to happen with our fossil fuels,” said Antweiler.

“The only way we’re going to drive down emissions is using less oil.”

Stefan Labbé is a solutions journalist. That means he covers how people are responding to problems linked to climate change — from housing to energy and everywhere in between. Have a story idea? Get in touch. Email slabbe@glaciermedia.ca.

How Vancouver is protecting itself from future flooding — with plants
May 27, 2021 8:00 AM