The company is ending the program which gave employees an hourly bump in pay as they worked on the front lines during the COVID-19 pandemic.
May 27, 2020 7:39 AM By: Castanet 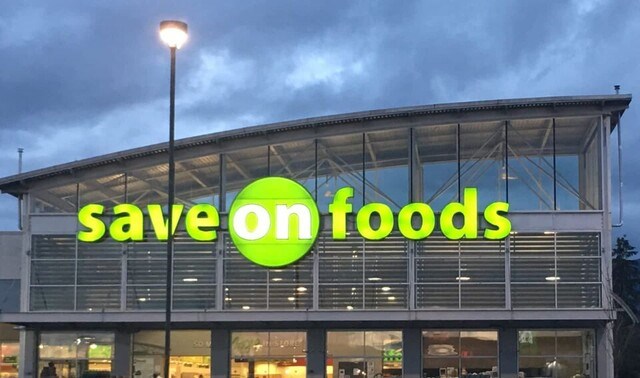 The union representing workers at Save-On-Foods is asking the chain to extend the pandemic premium for employees.

The company announced Friday it is ending the program which gave employees an hourly bump in pay as they worked on the front lines during the COVID-19 pandemic.

In a news release Tuesday, CFCW 1518 president Kim Novak said the announcement was a "shock and a disappointment," to union members who have been working hard on the front lines.

She commended the company for initially taking the step to reward staff back on March 20, but says they are now concerned with the message this is sending as the province enters the early stages of Phase 2 of its reopening plan.

Novak says there is still a lot of uncertainty around reopening and the pandemic.

“BC is only beginning to relax its pandemic response, and the crisis is far from over, especially for front line workers,” says Novak.

“There remains a lot of uncertainty around what could happen in the coming months. Meanwhile, Save-On-Foods members continue to assume risks by showing up to work every day. Ongoing recognition for that commitment is the least these workers deserve. It is just too soon to end the pandemic premium.”

Novak pointed to comments made by Finance Minister Carole James last month, when she called on businesses to pay their workers fairly while the played a critical role.

“The work that Save-On-Foods members are doing today is no different than the work they will be doing a week from now,” added Novak.

“These workers are protecting everyone’s health and safety by maintaining enhanced sanitation procedures, observing physical distancing, and keeping shelves stocked. It is only fair to extend the pandemic premium as we continue to fight COVID-19.”

The union says Save-On-Foods is the only grocery chain they know who is ending the premium wage.

Catch a comet by the tail: a bright streak in Island sky
Jul 11, 2020 5:41 PM
RCMP investigating sexual assault, robbery near Surrey SkyTrain station
Jul 11, 2020 5:29 PM
Comments
We welcome your feedback and encourage you to share your thoughts. We ask that you be respectful of others and their points of view, refrain from personal attacks and stay on topic. To learn about our commenting policies and how we moderate, please read our Community Guidelines.