Sea to Sky Gondola cable cut: What we know so far

The extent of the damage, where the cable was cut, and the outlook for rebuilding.
Steven Chua, Jennifer Thuncher Sep 15, 2020 7:49 AM

Under the cover of wildfire smoke blanketing the Squamish area, the Sea to Sky Gondola's cable was cut yet again.

As smog from forest fires burning in the United States enveloped the town, the incident happened in the early morning hours of Sept. 14.

"Almost the exact same situation as last year," general manager Kirby Brown told The Chief. "An individual climbed the tower with the right tool with great speed and cut through the cable and brought the system down."

Police say they received word of the incident at around 4 a.m.

Last year, on Aug. 10, 2019, workers arrived in the early morning to discover the gondola cable cut and on the ground, along with most of the cabins. The RCMP have been investigating since.

Brown said that the company is still working out numbers with insurance, but the 2019 incident cost upwards of $5 million.

He didn't say if there was any indication that it was the same perpetrator as last year, but noted that the crime was repeated in what appeared to be a proficient manner.

"You can draw your own conclusion on that one," he said. "He certainly knew when and how to do it."

There is an image from security cameras, Brown said, adding the RCMP has much more to work with this time around.

Brown said that no one was hurt in the latest incident, nor in the one last year.

"We'll be back. We are not going to let one person keep us down," said Brown.

As of now, the area is being treated as a crime scene.

"We've got insurance, they were on the phone with me first thing this morning asking what we needed and how big the cheque should be so we can buy what we need to buy to get back up and running," Brown said.

At a press briefing later Monday morning, Brown said that he believed the gondola will have the resources needed to get on its feet again.

"I have complete confidence that we will have the resources we need to rebuild and get back into business," he said. "The insurance marketplace this year is tough, so insurance will be ever more expensive until this person is caught, but we have nothing but a great relationship with the insurers we work with. So that's not my concern. Rebuilding safely is my concern."

The extent of the damage

There are 39 passenger-carrying cabins. Only six are expected to be undamaged.

"The downhill cable is where it was cut. That's above Tower 6," Brown said.

"The uphill cable is actually still on the lift line. So that's very similar to last year. We have three cabins in the station at the bottom, and three at the top, we assume that most of the others will be lost."

The cabins are usually suspended between 20 to 300 metres above the ground, depending on where they are on the line.

But it's unclear what distance the cabins fell, because in some areas the cable may have stayed on the towers.

The method used to cut the gondola this time, like the last time, can only be done when the gondola is closed and the lift is turned off, he said.

This cable may be recoverable as it is brand new, said Brown. The previous rope was replaced completely because it was two years away from its end of life.

The lift team will be doing a detailed investigation, he said. 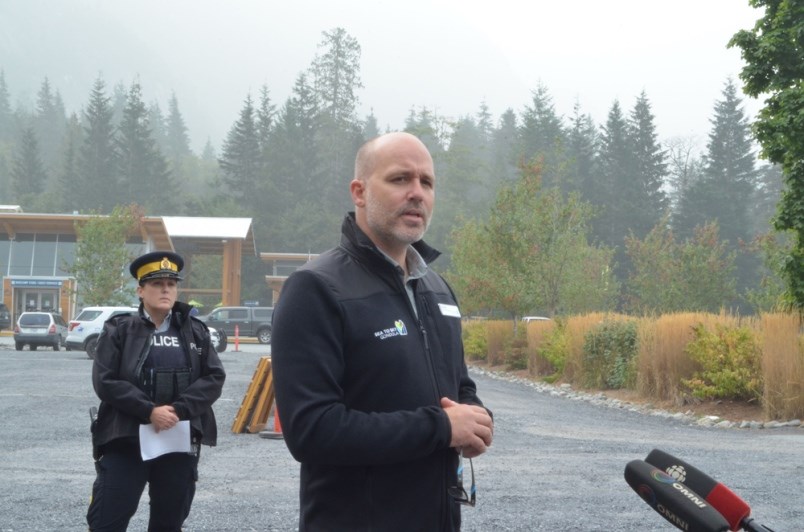 "These are unique and incredibly rare events, so to have it happen twice speaks more to the motivation of the person who wants to bring this team, this company and this community to its knees — and that's not going to happen," said Brown.

"We are on our feet and we are working to get back open to reinstill consumer confidence."

"We will get new cabins. We will rebuild. We will put physical protections in addition to this incredible security system to protect against that bad actor."

It's clear from this incident that more physical protections need to be put in place, Brown said.

"We didn't want to militarize the base of the towers, but those are now steps that we're going to have to contemplate," he said.

"We are going to take additional measures regardless of what comes out of that analysis."

At the press briefing, Squamish RCMP Sgt. Sascha Banks said the cut during this incident was deliberate.

She said if anyone saw anything suspicious at all at about 4 a.m. to call officers.

"The investigation from last year is still ongoing," she said, but added it was too early to definitively say there is a link between the two incidents.

"I live in Squamish and it is disheartening to see this happen again in our community."

With the smoke, the officers have been searching on foot.

Banks said she didn't know whether there was any note or manifesto sent or posted by the suspect, but asked if anyone online sees anything like that, to contact the Squamish RCMP with that information.

She said that she couldn't speak to any risk to any other gondolas, but assumed security had been reviewed at other places after the last incident.

She was asked whether she was concerned about the possibility of a future attack on the gondola — should it get up and running again — that may occur when people are on board.

"That is obviously always a thought," Banks answered. "These are questions that need to be answered when the time comes."

Banks noted that there was a case a few weeks ago where two people were caught climbing a gondola tower, setting off alarms. However, at the time, police didn't consider it a sabotage attempt, because the people who scaled the tower did not have any tools or means to damage the structure.

"We've identified who they are, and, at that point in time, we didn't deem them to be somebody who was up there at a risk of cutting the gondola," she said.

However, Banks said that it's an avenue officers will be looking at after this incident.

Squamish local Kevin Conway, whose partner Denise works at The Chief, was on his way to the ferry at 4:30 a.m. this morning and was stopped by a police officer at Sunset Marina. The officer asked where he was going and where he lived, Conway said.

Police were stopping everyone who was driving south, he said.

"[The officer] cut the one lane off so you had to go by him," Conway added.

The officer checked the backseat, as well. 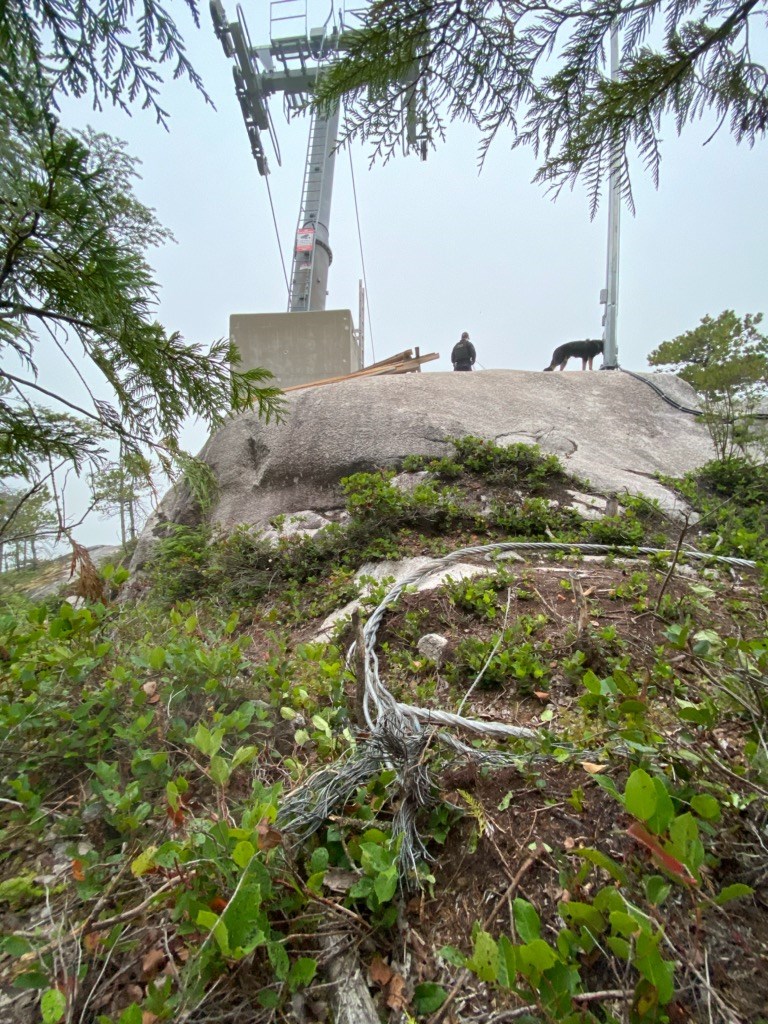 The associate director of SFU's school of criminology speculated that the incident could be an act of protest.

"It feels like a fairly exotic and purposeful action and because it is associated with a landmark — people could be using that as a symbol to protest the way we're using that space," said criminologist Bryan Kinney, who added he thought there would be an accompanying note or manifesto if it were meant to send a message about the gondola.

He said this is obviously a very serious act of vandalism, especially given that people could have been underneath at the time.

Sea to Sky Gondola announces reopening for passholders and their guests
May 15, 2020 10:17 AM
Comments