Threat of second wave of COVID-19 elsewhere is major risk for B.C.

While B.C. has been successful in slowing the transmission of the coronavirus within its borders, the province remains vulnerable to the health and economic challenges experienced by the U.S.
Jul 13, 2020 7:17 AM By: Hayley Woodin 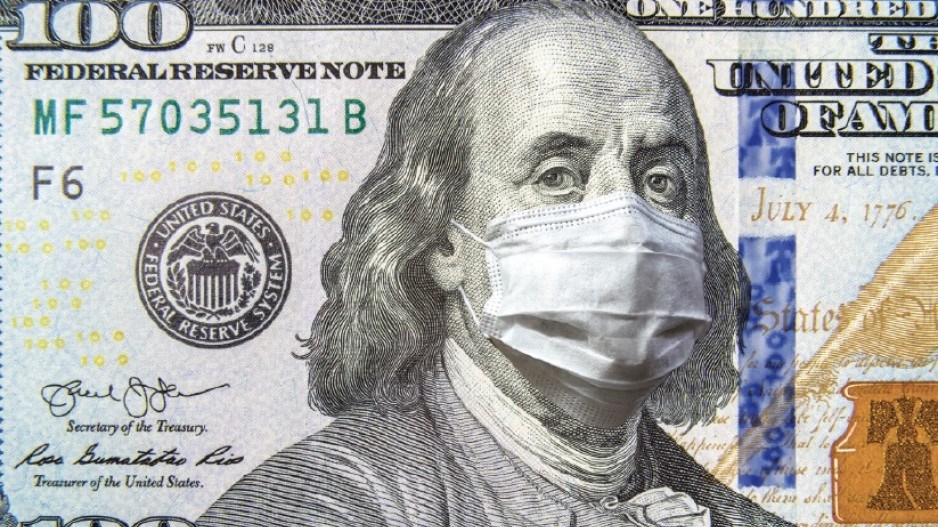 Canada’s economic performance is not far off from a one-to-one correlation with U.S. economic activity, says a University of British Columbia Sauder School of Business economics professor. Photo: Scaliger/Getty

As British Columbians frequent patios and book local travel plans under Phase 3 of the province’s restart plan, questions about the look and length of B.C.’s broader economic recovery remain.

The reopening of restaurants, retailers and campsites – and subsequent consumer spending – will help ease the ongoing economic impact of COVID-19, but the data remains dire.

While B.C. has, by international standards, been successful in bending its curve and slowing the transmission of the coronavirus within its borders, the province remains vulnerable to the health and economic challenges experienced by its largest trading partner.

“The No. 1 risk to the outlook is if we have a second wave of infection,” Alexander said. “I’m very worried about what I’m seeing in the United States.”

At present, Deloitte expects B.C.’s economy to contract by a little less than 5% this year. A second wave here or in the U.S. – especially one that necessitates lockdown and stay-at-home measures – would worsen that outlook.

The Business Council of British Columbia (BCBC) is less optimistic with its 2020 forecast for B.C.

In the absence of a second wave, BCBC anticipates that the provincial economy will shrink by 7.8% this year – a slightly deeper contraction than what the council originally estimated back at the start of B.C.’s public health crisis in March.

That contraction is forecast to be followed by a 4.8% increase in real gross domestic product (GDP) next year, “but comes in the wake of a very steep downturn and will only result in B.C. regaining just over half of the economic output lost in 2020,” wrote BCBC report authors Ken Peacock and David Williams.

B.C. – which is in general less reliant on trade with the U.S. than other provinces, and which took measures to flatten its COVID-19 curve more quickly than its provincial counterparts – is expected to outperform the national economy this year and next.

The BCBC’s latest economic outlook expects the Canadian economy to contract by 8% this year and grow by 3.9% in 2021. In the event of a second wave later in 2020, this year’s decline in real GDP will deepen to 9.4%, and gains next year will be less than half the size, at 1.5%.

Under a best-case scenario, the Organization for Economic Co-operation and Development (OECD) expects the U.S. economy will contract by 7.3% this year before a 2021 increase in real gross domestic product (GDP) of 4%.

A second wave, however, would mean a deeper recession this year and a weaker recovery next year. If that is the case, U.S. real GDP is expected to fall by 8.5% this year and grow by only 1.9% in 2021.

“If there isn’t any appreciable recovery in the U.S. and the economy sort of stagnates, then obviously there won’t be a recovery here. It’s that simple,” BCBC executive vice-president and chief policy officer Jock Finlayson told BIV.

While not precisely in line, Canada’s economic performance is not far off from a one-to-one correlation with U.S. economic activity, said James Brander, a professor in the strategy and business economics division at the University of British Columbia’s Sauder School of Business.

A slower U.S. economy has implications for Canadian exports and manufacturers that sell to the U.S. market or work with partners through North America’s integrated supply chain to produce goods for customers elsewhere.

One of B.C.’s most notable exports – beautiful British Columbia itself – is slated to suffer in the absence of cross-border tourists.

While the conference board anticipates U.S. economic activity to rebound in 2020’s third and fourth quarters, it still expects the economy to shrink by 5.4% this year, with a recovery extending into 2021, according to the board’s latest 2020 outlook.

“The degree to which the U.S. recovery bounces back over the near term depends on how much a potential second wave of COVID-19 in the autumn disrupts business activity and leads consumers to hunker down in their homes once again due to worries about contracting the virus.”