61 of 681 seniors' homes in B.C. have plans in place to allow visitors

Comparatively low numbers of COVID-19 infections in the province has prompted the government to open seniors' homes to visitors
Jul 10, 2020 7:41 AM By: Glen Korstrom 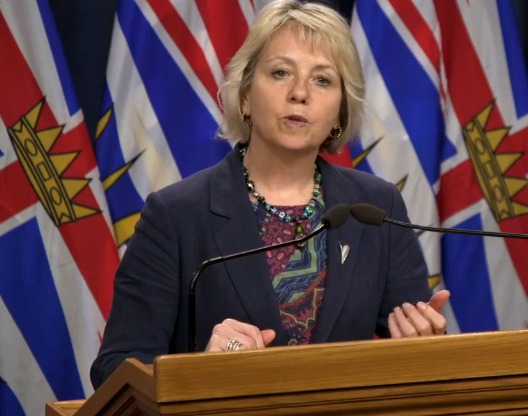 Seniors' long-term care facilities have started submitting plans to the B.C. government to document how the homes' staff intend to allow residents to have visitors while keeping everyone safe.

Since B.C. Health Minister Adrian Dix announced on June 30 that his government would start accepting these plans, 61 of the 681 homes in the province have submitted them, he said July 9. He did not elaborate on how many of the plans would be approved.

Homes that have approved plans could start allowing visitors into the facilities as early as next week.

The breakdown of seniors' homes with plans submitted to the government, by health region, is:

"Visiting is an important part of what we need to do to keep the mental health as well as the physical health of our seniors in care, however, it needs to be done in a measured fashion so that we're not introducing this virus into a care home again."

Dix on June 30 announced $165 million in new funding for up to three new full-time staff per home to oversee the visits and train visitors on how to wear protective equipment. He also announced that the government would provide a total of $26.5 million to care home operators to subsidize them for extra costs endured during the pandemic, including such items as hand sanitizer and masks.

The plan to allow visitors in B.C. care homes is contingent on the province continuing to record a relatively low number of new COVID-19 cases.

Henry said July 9 that the province had identified 20 new infections in the past 24 hours, for a total of 3,028 cases since infections were first recorded in the province in late January.

The province tweaked its system of reporting where in the province cases have been recorded to separate cases of people whose residence is outside Canada.

There were no new deaths in the past day, meaning that B.C.'s death toll from the virus that has caused a global pandemic remains at 186. Of the 175 people actively fighting off the disease, 17 are in hospital, with four of those in intensive care. The rest are self-isolating at home.

More than 88 per cent of those infected in the province, or 2,667, have recovered.

Metro Vancouver teacher suspended for ignoring safety lockdown drill
Aug 12, 2020 7:25 AM
Comments
We welcome your feedback and encourage you to share your thoughts. We ask that you be respectful of others and their points of view, refrain from personal attacks and stay on topic. To learn about our commenting policies and how we moderate, please read our Community Guidelines.