Someone stole a tiny house from a B.C. property and police found it nearly 100 km away

Police were tipped off after a man tried to sell it to someone, and instead that person told the police.
Jan 6, 2021 4:56 PM By: Brendan Kergin 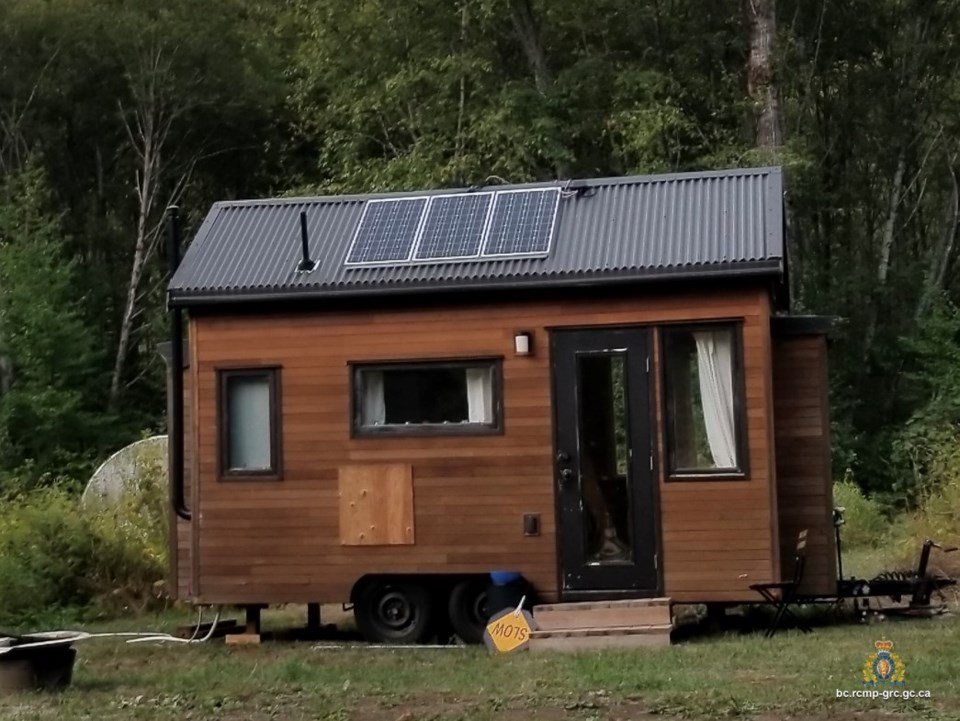 Police found this house, from Boston Bar, near Lillooet. BC RCMP

When police make a bust it often involves drugs, weapons or cash.

In a case near Lillooet, it involved a tiny house.

The tiny house was originally reported stolen Dec. 28 last year (just over a week ago) from a seasonal property, according to an RCMP press release. It wasn't as hard to move as one might initially think; the eight-foot by 17-foot structure was mounted to a trailer.

While Boston Bar RCMP couldn't initially find a suspect or the large stolen item they passed the description on to other detachments. On Dec. 31 Lillooet RCMP got a tip about someone trying to sell a tiny home.

Officers responded by going to check it out themselves. At the property they saw the tiny house and ended up taking a man associated with the property into custody. He was later released.

On Jan. 3 they went back, this time with a search warrant. Not only did they find and seize the tiny home, but also found a generator stolen from a Coldstream property in August. In all $80,000 of stolen property was found.

A 48-year-old man from Lillooet is facing a variety of potential charges.