So far, the maps have only shown COVID-19 'hot spots' in local health areas, rather than at the community health service area level.

The BC Centre for Disease Control (BCCDC) has released new maps that show new coronavirus cases down to the community level.

The maps show the testing positivity rates in communities located within local health areas. So far, the province is only providing community-level data for Metro Vancouver, Abbotsford, Greater Victoria and Kelowna.

Each week, the BCCDC releases an update of the COVID-19 cases for the most recent seven-day period (Sunday to Saturday). Previously, it only provided information for local health areas, rather than community-level data.

Provincial Health Officer Dr. Bonnie Henry told reporters during her May 10 COVID-19 briefing that information on case and immunization rates in community health service areas would be available in maps starting this week.

"You'll be able to look at more granular detail by mostly community health service area — and I say mostly because there are some smaller population centres in the province, mostly rural ones where we only can present by local health area, because the community and parts of the community can be identifiable," she said.

For now, the information will be presented in "static" maps, but Henry stated that health officials "have been working on developing an interactive mapping app so that you can actually look at different neighbourhoods, by both age and sex and that will also be available in the coming days."

Henry added that the community health service area maps will be updated regularly.

The BCCDC notes that "cases are mapped by location of residence, not the location of exposure (e.g. people who acquired COVID-19 while travelling or working elsewhere), and that not all COVID-19-infected individuals are tested and reported." 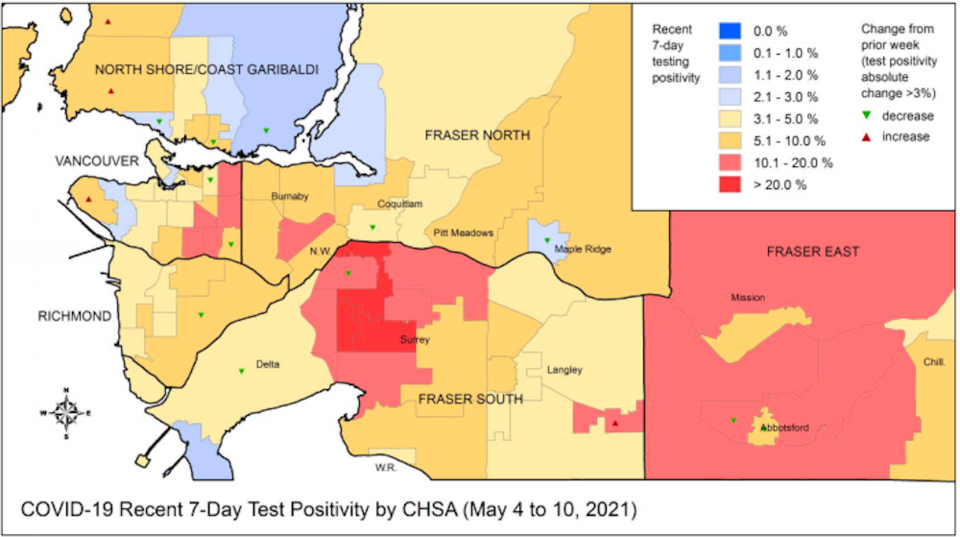 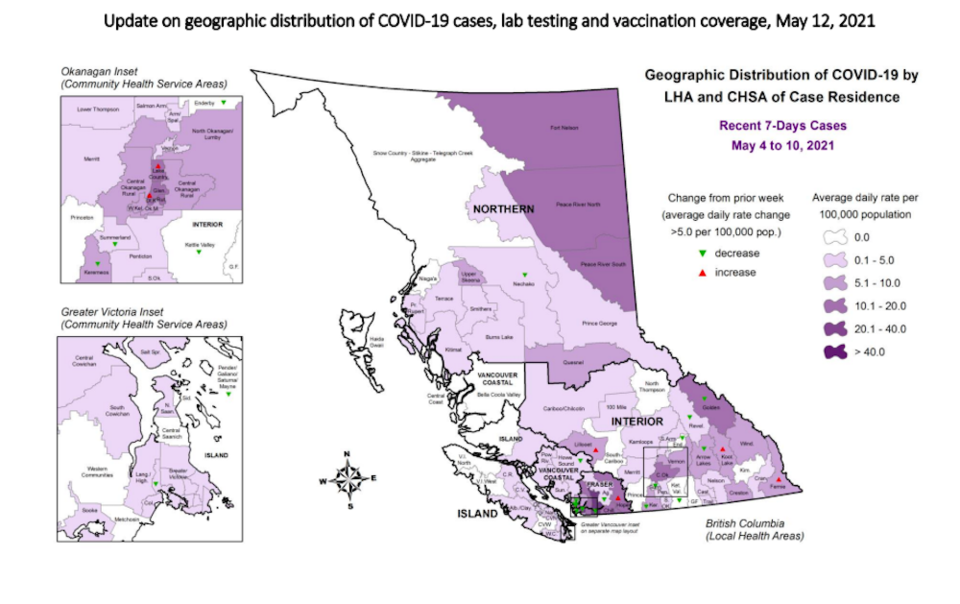 Henry defended the province's procedures before she yielded and promised to release more data.

"We do release almost all of that information that within some of the reports that were posted," Henry said. "It comes out in various different forms."

The BCCDC's weekly reports, however, are about four times as long as those made public in B.C., and they contain a much deeper breakdown of how variants of concern are spreading. The reports have also noted the risk to B.C., given that neighbour Alberta has been enduring the highest per-capita infection rate in the country.

With files from Glen Korstrom/Glacier Media