Premier Horgan said he is looking into the legal viability of such a move
Jan 15, 2021 3:36 PM By: Glen Korstrom / Business in Vancouver 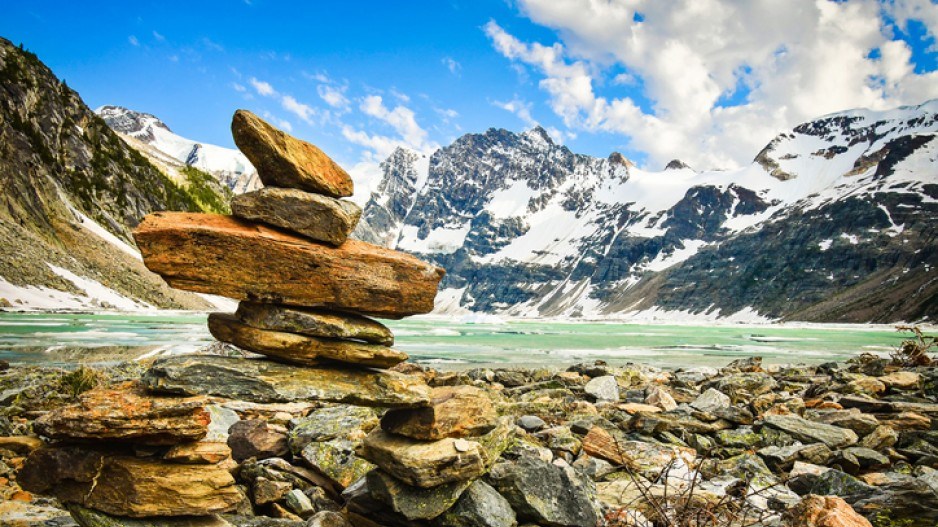 An Inukshuk sits by a lake in B.C.'s Kootenays region.Getty Images

B.C.’s tourism sector fears a major setback if the provincial government is able to somehow keep leisure travellers from crossing B.C.’s border with Alberta in order to prevent the spread of COVID-19 – a move that Premier John Horgan said yesterday that he was looking into.

“We think it would be disastrous,” Tourism Industry Association of BC CEO Walt Judas told BIV. “It clearly would send the wrong message to visitors that they're not welcome here.”

Most British Columbians, however, are likely to cheer the government telling non-British Columbians travelling for non-essential reasons to stay home – even those from neighbouring Alberta.

A Research Co. poll in November found 87% of British Columbians were in favour of having travel restrictions across B.C.-Alberta border. That’s more than the 82% of Canadians who supported restrictions on crossing provincial borders across the country.

“The numbers are huge,” Research Co. president Mario Canseco told BIV. “I don’t think that it’s an issue that would lead to people being upset with the government.”

Horgan on January 14 sounded tired of being asked about whether his government would try to enact any restrictions at the Alberta border.

“People have been talking about it for months and months, as you know, and I think it's time we put it to bed, finally, and say either we can do it, and this is how we would do it, or we can't [do it] and this is the reason why,” Horgan said. “That’s the objective over the next couple of days.”

The Canadian Constitution guarantees residents freedom of movement in its Charter of Rights and Freedoms, but notes that this right is “subject only to such reasonable limits prescribed by law as can be demonstrably justified in a free and democratic society.”

The legal debate would centre on whether protecting the health of Canadians during a pandemic is a reasonable limit on freedom that a government could put into law.

Regardless of how courts might interpret attempts at interprovincial travel restrictions, the focus should at least partly be on helping to build back tourism in B.C., Tourism Vancouver CEO Royce Chwin told BIV.

"Let's strike a balance with this," he said. "This industry is the one that must rely on the movement of people to survive."

He said that Horgan's comments about considering interprovincial border restrictions caused "significant concerns" within the industry, which has been ravaged by the virtual stop in tourism.

Like Chwin, Judas stressed that tourism-sector operators are acutely concerned about health and safety protocols, and have “gone above and beyond the call,” to limit the spread of the virus that has spawned a global pandemic.

“We don't think that targeting visitors is the solution,” he said.

One large community outbreak in the Okanagan stemmed from groups of people – including some from out of the province – gathering at multiple parties during the Canada Day weekend. Another Okanagan outbreak, in December, involved more than 100 cases, and stemmed from staff and others at Big White socializing in close proximity.

The tourism sector has been hit hard, however, and it is a significant part of B.C.’s economy. Visitors not only contribute to the province’s hotel sector, which generated about $3.2 billion annually pre-pandemic, but also the restaurant industry, which generated about $15 billion annually pre-pandemic, according to industry association statistics.

The border between B.C. and Alberta also has many roads, meaning that a ban on leisure travel could be challenging and expensive to enforce.

A better use of resources, Judas said, could be to start to allow non-essential travel across the Canada-U.S. border and put in place a program that screens those who cross it by land for COVID-19. That border has been closed to leisure travellers since March, despite leisure travellers from around the globe being free to enter Canada, and B.C., by air.