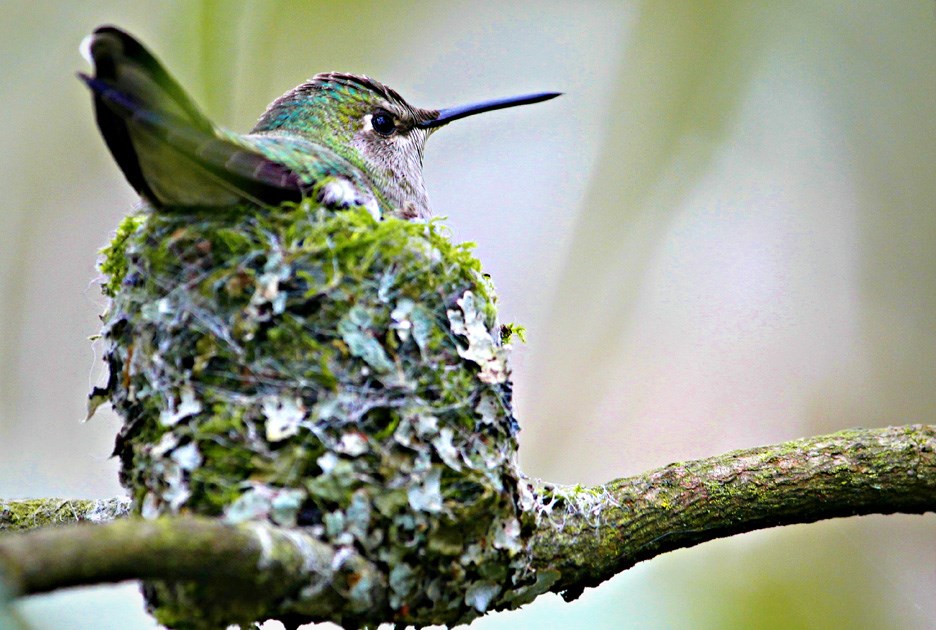 An Anna's Hummingbird in a nest.Melissa Hafting photo

One of the world's smallest birds are in danger in Burnaby due to work on the Trans Mountain pipeline project, say local environmentalists.

On Tuesday, March 23, two Anna's Hummingbird nests were confirmed in the woodland corridor of the Brunette River watershed in an area slated to be cleared for Trans Mountain pipeline construction, according to Sara Ross, one of the nest-finders and a Burnaby resident.

Measuring just four centimetres diameter, these tiny nests must be protected with a 30-metre buffer until the baby birds can fly, said Ross. A group of local birders are concerned, however, because they say tree cutting has taken place too close to the nests.

“Spring is so obviously here” says Ross. “Leaves are opening and birds are singing all around - a sign that they may well be on nesting territory. Yet as of today, TransMountain is still cutting trees.”

The NOW contacted Trans Mountain about the issue and the company responded by saying work will continue but efforts are being made to not disturb the nests.

Trans Mountain continues to work in the Brunette area with clearing work required to safely construct the pipeline,” says a statement. “We have established a buffer zone around the trees identified with hummingbird activity. This buffer will remain in place until the birds leave the nest.”

But the birders who spotted the nests say the tree cutting has ended up with “anxious hummingbirds” who are having their habitat disrupted.

Man arrested in Burnaby after locking onto Trans Mountain tree-cutting machine
Mar 15, 2021 11:37 AM