TransLink says it is aiming to make transit one of the safest public spaces throughout the pandemic and this measure builds upon the Safe Operating Action Plan
Nov 10, 2020 2:24 PM By: Elana Shepert 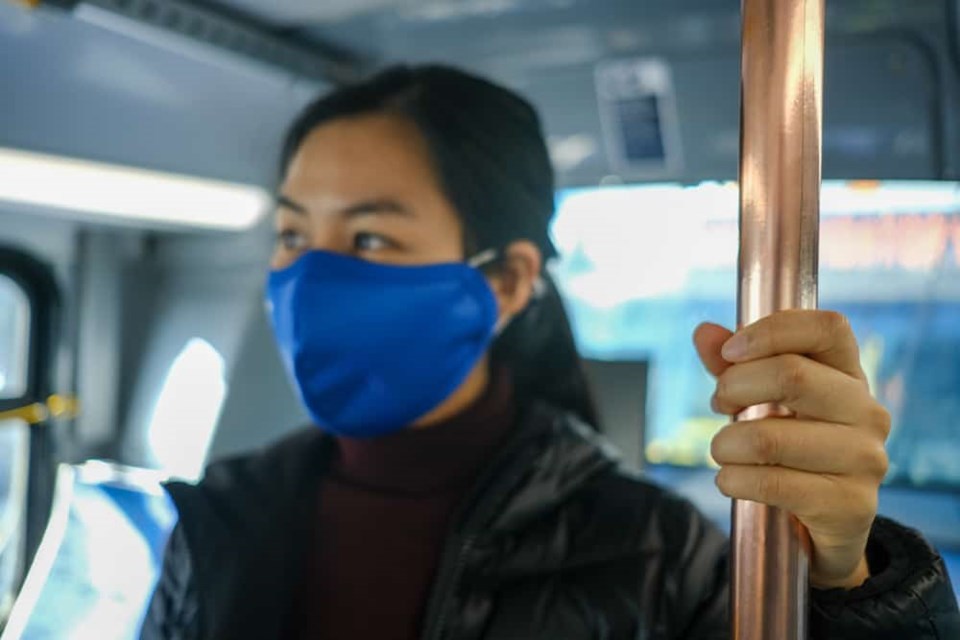 TransLink adds that results from the pilot project could have "wide-reaching impacts for infection prevention for the transit industry" as well as other industries that rely on shared public spaces. Photo: TransLink

TransLink will be the first transit system in North America to pilot the use of bacteria and virus killing copper on high-touch transit surfaces.

In a release, the transportation agency states that "the industry-leading project is part of a study that will see various copper-based products and a protective coating called organosilane installed on SkyTrain and buses to test how effective these agents are at destroying viruses and bacteria on transit."

There will be comprehensive testing as part of the initial four-week pilot phase:

TransLink adds that results from the pilot project could have "wide-reaching impacts for infection prevention for the transit industry" as well as other industries that rely on shared public spaces.

Copper alloy surfaces are naturally antimicrobial with self-sanitizing properties, and recent studies show that they destroy up to 99.9% of bacteria and viruses within four hours. Organosilane is a wipe-on coating that can provide long-lasting protection against damaging microbes such as bacteria, mold, mildew and many viruses. When used in tandem with good hygiene and cleaning protocols, copper and organosilanes can help inhibit the buildup and growth of viruses and bacteria, explains the transit authority.

“This project builds on preceding research and will increase our understanding of the effectiveness of copper in killing organisms on frequently-touched surfaces. Positive findings will then be used to study the impact of copper on bacteria and viruses such as COVID-19 and norovirus. This holds future infection control benefits not only for the public in their travels but for healthcare workers and patients who navigate their medical journey at Vancouver Coastal Health and beyond," says Dr. Marthe Charles, Medical Microbiologist, Vancouver Coastal Health.

The project is the result of a partnership between TransLink, Teck Resources Limited (Teck), Vancouver Coastal Health, VGH & UBC Hospital Foundation, Coalition for Healthcare Acquired Infection Reduction (CHAIR) Canada, and the University of British Columbia. This initial phase is fully funded by Teck, as part of its Copper & Health program. It is based on preceding studies conducted by the Infection Prevention & Control team at Vancouver Coastal Health and supported by Teck that have shown copper is effective at killing bacteria and is durable over a period of many years.

TransLink says it is aiming to make transit one of the safest public spaces throughout the pandemic and this measure builds upon the Safe Operating Action Plan. As such, it will continue to research, develop, and implement industry-leading practices on all modes of transit in Metro Vancouver.