Despite lightened restrictions, travel out of and around B.C. still discouraged

“Let's stay close to home. This is not the time for a road trip to another community for a hike or a holiday,” said Premier Horgan
May 7, 2020 7:19 AM By: Castanet 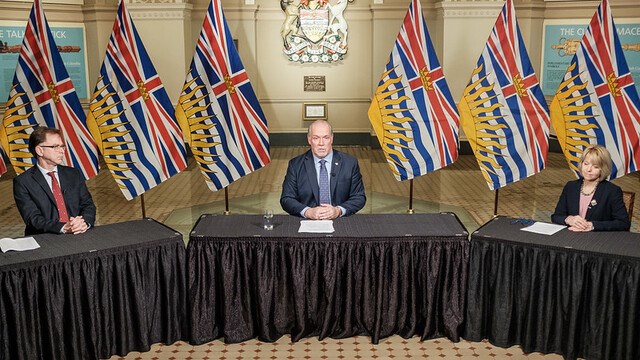 While Premier John Horgan announced a plan to begin reopening British Columbia after two months of mandatory and voluntary restrictions, it's not time to start booking that long weekend road trip just yet.

During his press conference Wednesday, Horgan said most provincial parks will open for day-use only on May 14, before the Victoria Day long weekend, but that doesn't mean British Columbians should be travelling long distances to visit them.

“Let's stay close to home. This is not the time for a road trip to another community for a hike or a holiday,” Horgan said. “If you have a provincial park in your area, by all means visit it. Do not travel great distances, we need to stay close to home. That's a key part to our recovery.”

Horgan introduced a phased-in approach to “reopening” B.C. Wednesday, which includes reopening restaurants, pubs, salons, barbers, and a variety of other businesses, along with the day-use of provincial parks, by mid-May, before moving to more relaxing of measures come later in the summer if COVID-19 transmission rates stay low. The province will look to reopen camping in provincial parks on June 1.

For those looking to get out of town to their cabin or property in a small community, Horgan said it's just too soon.

“If you don't need to be travelling, you shouldn't be travelling. We've been pretty clear on that,” Horgan said. “Having said that, as we start to move into the various phases of the restart plan, when we get into Phase 3 later in the summer, that might be the better time to get to that second property, if you have the good fortune of owning a second property in British Columbia.

“I hope people will exercise their good judgement and not travel to another community for the long weekend. Every corner of British Columbia is spectacular, in my experience of travelling around B.C. throughout my lifetime. Wherever you live is an outstanding place, stay there and enjoy it.”

And while travel within the province is at least in sight, those itching to get overseas have a long wait ahead of them. Non-essential international tourism is not expected to open back up until a vaccine is developed, likely many months down the line.

While new confirmed cases of COVID-19 have levelled off in B.C. for several weeks now, cases in the United States continue to grow, with close to 1.3 million cases across the country and more than 74,000 deaths at last count. Horgan said that until that changes, the border will remain closed to non-essential travellers.

“When we see evidence that cases in other jurisdictions are reduced to a place where we're comfortable, we'll start to look at opening the border in the months ahead, but at this point, if you're coming to British Columbia, it has to be for essential business.”