US officials install cable barrier along Canadian border at Aldergrove

It was put in place in an effort to curb “dangerous criminal enterprises,” says the U.S. Border Patrol
Aug 20, 2020 9:00 AM By: Associated Press 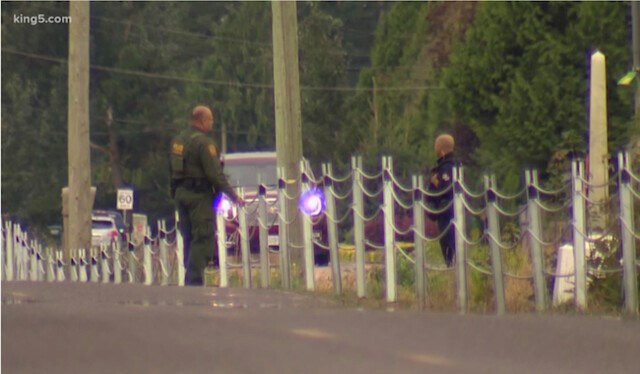 U.S. officials have put a cable barrier in place at the border in Lynden, Washington, accessed via Canada from the crossing at Aldergrove, B.C. Photo: KING5 TV

LYNDEN, Wash. — A cable barrier was installed along a section of the border between Washington state and Canada in an effort to curb “dangerous criminal enterprises,” according to a statement from the U.S. Border Patrol Wednesday.

KING-TV reports the U.S.-Canada border has been closed to all non-essential travel since March to help limit the spread of the virus.

The section of the border near Lynden, Wash., where the barrier is being constructed, has been used as a meeting place for families and friends during the coronavirus pandemic.

The new barrier is designed to prevent vehicles either “accidentally, or purposefully, crossing the boundary and endangering citizens in both countries,” the statement said.

“This safety cable barrier not only protects people in the United States and Canada, but it also aids in securing this portion of the border by deterring illegal vehicle entries in both directions,” said Acting Chief Patrol Agent Tony Holladay in a statement.