Destination BC predicts it will take two years for tourism revenue to return to pre-crisis levels in the province
0
May 13, 2020 2:49 PM By: Albert Van Santvoort 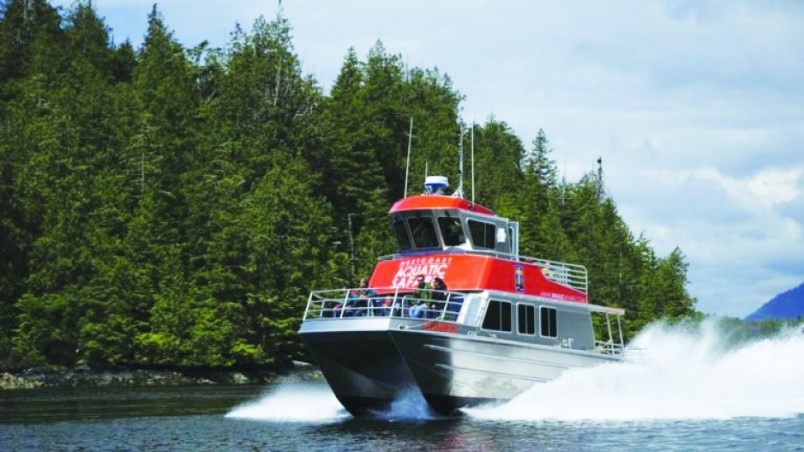 British Columbia’s economy is reliant on small businesses and nowhere is this more evident than in the small vacation communities that dot the province like the District of Tofino.

“COVID-19 is another example that we do live in a fairly mono-economy, end-of-the-road town [in Tofino],” said Keith Phillips, president and founder of West Coast Aquatic Safaris.

Small businesses account for 34% of B.C.’s GDP compared with 30% countrywide and 29% in Alberta and Ontario. Entire municipal economies in the province have stalled as a result of the shuttered tourism industry.

Phillips’ company was able to operate for few weeks into the COVID-19 crisis, but closed its doors in mid-March.

The seasonal nature of much of Tofino’s economy is compounding the effect of the crisis. Bills that had piled up during the winter would usually be paid off by revenue generated in the spring.

While hotels and restaurants have taken a direct hit, tertiary industries that serve local businesses are also hurting.

To follow stay-at-home guidelines and avoid overwhelming rural island health facilities, Tofino has essentially closed. The pause in the tourism season means businesses are boarded up and employees have been laid off.

Layoffs mean that customers have less disposable income to spend at Tofino shops that serve tourists and locals. Tofino’s remote location and dependence on the tourist season has put businesses and their employees in a precarious position. Many people who work in Tofino treat it as a part-time home. They live in staff accommodations during the busy season and head home for the winter.

The COVID-19 pandemic is the perfect storm for those seasonal employees who had made the move back to Tofino just a few weeks before their employers shut down. Phillips and West Coast Aquatic Safaris have been supporting employees by providing them with free board in exchange for helping out around the shop.

He noted that Tofino also relies on big industry players like cruise lines.

Local businesses have depended on island day trips by Alaskan cruise travellers waiting for their ship to depart from Vancouver harbour.

Phillips hopes that some of the season will be salvaged if communities like Tofino reopen later this year; 50% of his company’s revenue is typically generated in the summer.

While the industry group Destination BC expects tourism-based revenue to fall by half, Phillips doesn’t think the season is entirely lost.

Tofino has had no recorded cases of COVID-19, and, despite having the 2020 season cut short, Phillips said March provided a phenomenal two weeks of both abundant wildlife and good weather – the best March he had ever seen on the coast.

He said that small businesses like his will find it less difficult to ramp up operations compared with bigger companies, which will have to rehire and return a larger workforce to their worksites. Phillips also hopes that British Columbians and people from Western and Central Canada will be eager to travel to B.C. destinations like Tofino once restrictions are lifted, making up for some of the revenue lost earlier in the season. He is also optimistic that Tofino’s lack of positive test cases will entice tourists to the coastal town.

Destination BC predicts it will take two years for tourism revenue to return to pre-crisis levels in the province.

Phillips thinks it will be 12 months before his community begins to see a full recovery.

West Coast Aquatic Safaris is also looking for innovative ways to survive the crisis, by exploring ideas such as live virtual whale-watching tours.

While Phillips conceded that it will never replace seeing a 30-tonne humpback from a boat in the Pacific Ocean, he hopes it will be an exciting alternative.

“Sometimes you don’t know what you’re missing until you can’t have it,” he said. “I think when we do get through this it’s going to be really refreshing for British Columbians to get out of the cities and experience what the West Coast really has to offer.”