Minerva Intelligence is gathering potentially disastrous data and using cognitive artificial intelligence to synthesize it
Jul 17, 2020 6:32 AM By: Dan Falloon 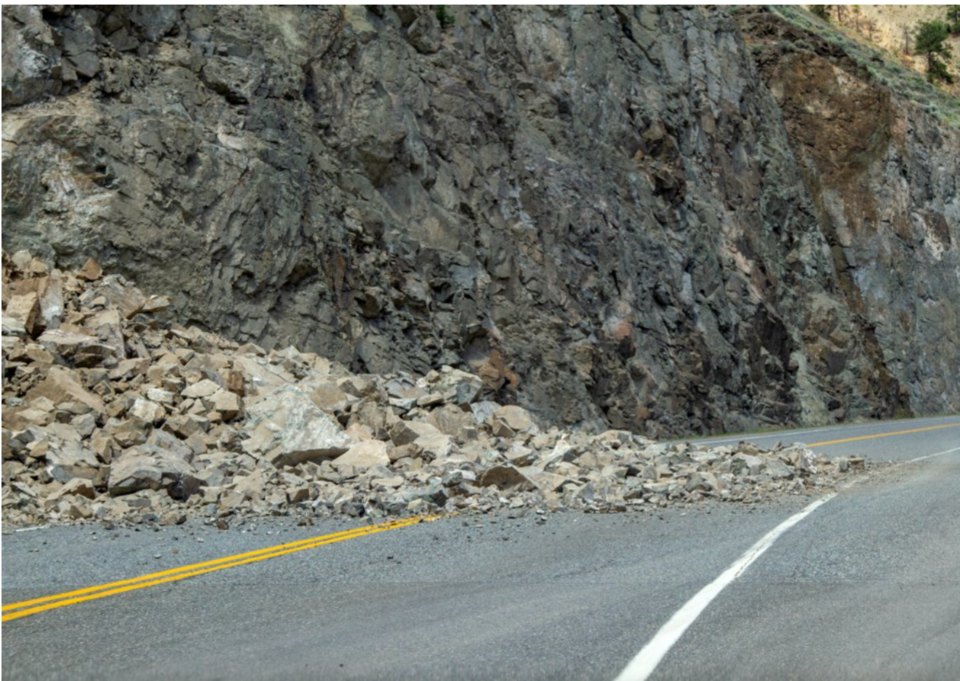 A Vancouver company is synthesizing and analyzing data to unearth more information about landslide susceptibility in the Sea to Sky.

Minerva Intelligence has launched the Sea to Sky Landslide Map, available   onlineonline with an account, as a pilot project.

Minerva's geohazards lead, Dr. Gio Roberti, explained that the project brings together a wide variety of publicly available data from the provincial government and uses its cognitive artificial intelligence to synthesize the information.

"The software that has been developed mimics the human thinking process," he said, noting that the software can act more quickly than the human mind. 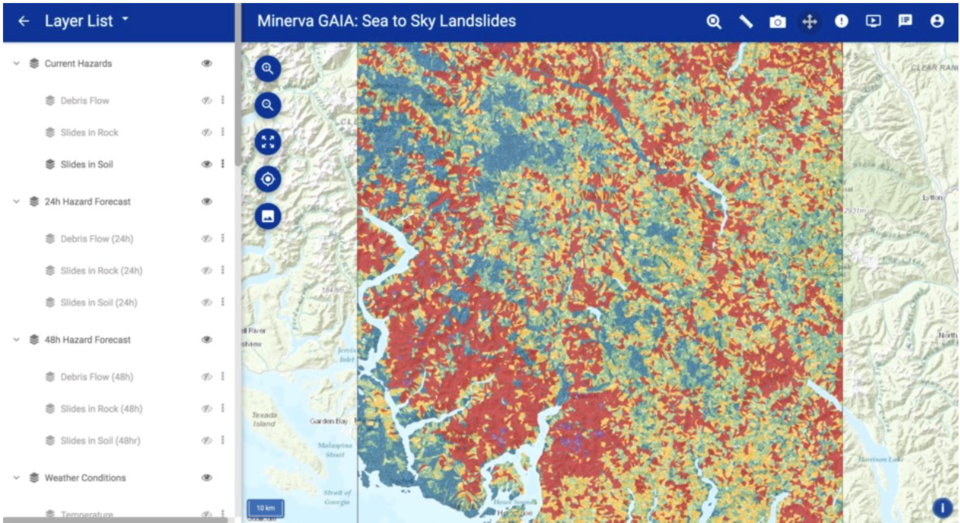 Roberti said that the project was built off the company's work in mineral exploration. Tracking granite, for example, could lead to veins of useful minerals or gold.

"After this first application in the mineral domain, the idea was, 'Why not try to do the same thing in the natural hazard domain?'" he said, noting that the process for geologists is fairly similar when analyzing for not only landslide events, but floods, earthquakes and wildfires. "They gather all the data, look for a specific type of soil and some categories of log stiffness, for example, because we know that some slopes are worse than others in terms of landslide likelihood."

Among the information the software considers are soil layers, rock layers and slope maps. An example of a situation that the software looks out for, Roberti explained, is one where there are weak rocks on a steep slope in an area where the trees have recently been clear cut.

"We know that when the trees are clear cut, the roots die and they don't hold the soil together," he said. "That's where it's likely to have a landslide in the near future."

Among the map's long-term applications are insurance to disaster reduction to real estate.

"When you buy a house, you don't know if it's on a good slope or a bad slope," Roberti said. "We hope this can bring some transparency to the process."

The map also includes 24-hour and 48-hour forecasts, which Roberti explains can be used for emergency management situations, as it can track factors such as precipitation and ground movement.

Though the map is currently accessible for the public free of charge, the company will move to a subscription model in the future. While nothing has been explicitly determined at this point, Roberti said options could include subscribing for information regarding a specific property, or for those looking for more information, by regional district.

"We are exploring different scenarios," he said. "This is the first phase, so we see how many people sign up. Then through a user interview, we can understand what the user needs."

While the project started in the Sea to Sky, Minerva plans to expand into other regional areas in the months to come. Other additions include incorporating more data, and showing individual houses on the map.