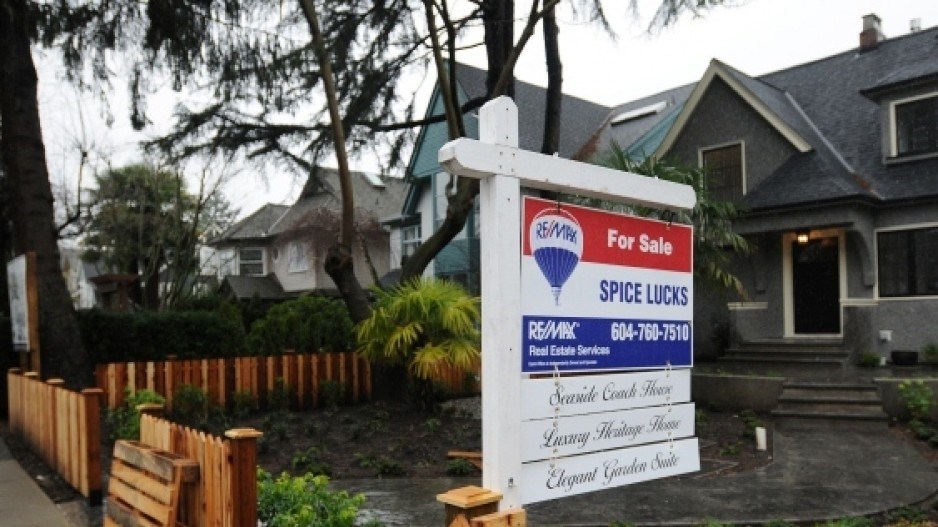 Greater Vancouver’s home price gains during the pandemic have lagged behind most other Canadian jurisdictions as well as those in the United States, in stark contrast with the region’s unprecedented increases in the mid-2010s, when the provincial government intervened on foreign demand.

“It's a different ballgame,” said Tom Davidoff, associate professor and director of the Centre for Urban Economics and Real Estate at the University of British Columbia.

This time around, local residents – seen as the primary driver of the housing boom – have been able to access a greater pool of money with their relatively stagnant wages due to lower interest rates and more accessible bank credit. Adding to the housing froth has been heightened demand for suburban properties with more living space due to the COVID-19 pandemic, Davidoff says.

But these factors are being witnessed across North America.

Despite the continental surge, some Vancouver-based media commentary has asked, “Where is the outrage?” now, in comparison with the significant political pressure applied on the B.C. government in 2017, when housing prices rose 48.5% over the prior three years, according to the Real Estate Board of Greater Vancouver (REBGV).

Then, foreign ownership – and money derived from foreign earnings – was perceived as a unique factor further disassociating local incomes (residents) from local housing prices in Vancouver.

Now, foreign purchases are down significantly in B.C. and immigration has vanished.

“The outrage was, you know, people who want to get into the market can't, and renters are paying more. This time, it's different, because the reason prices have escalated, in part, is because of enhanced affordability through the mortgage market,” said Davidoff.

“So instead of another group crowding out local demand, which was part of what was happening in 2016 – you know, how much of a part is controversial – but now, it's pretty clear, it's that people have more ability to pay,” he added.

People have more ability to pay because Bank of Canada (BOC) interest rates are at an all-time low of 0.25%. Furthermore, BOC is buying government bonds (debt) from financial institutions, allowing them to lend more freely and at historically low interest rates.

This process, called quantitative easing, “encourages households and businesses to borrow, spend and invest,” states BOC. “For example: We can buy five-year government bonds, which will lower their yield. This would be reflected in lower interest rates on five-year fixed-rate mortgages, making it cheaper to borrow to buy a house.”

The BOC has indicated low rates are here for the near term, at least until 2023.

Davidoff elaborated that suburban housing markets, such as in the Fraser Valley, have typically been cheaper as people factor in higher transportation costs. But buyers appear to be betting that working from home could become permanent.

“I think it's true that the virus has made people want more space. Out in the suburbs, there's more space, which is what you want. And the issue of transportation has been diminished,” said Davidoff.

Urban planner Andy Yan says outrage over housing still exists but “it's a different type of outrage if you're totally locked out of ownership, as opposed to moving on up.”

Yan, director of Simon Fraser University’s City Program, suggests people are leaving their condos and paying more for the suburbs.

Although Vancouver’s overall price change is 6.8%, detached homes are up 13.7%, townhouses are up 7.2% and apartments are up only 2.5%, according to the REBGV. However, the Fraser Valley Real Estate Board reports 25.3% price gains in all housing forms since February 2020.

“I think there is outrage. But it just depends on who you are,” said Yan, who has been criticized for his 2015 report suggesting overseas Chinese buyers fuelled the remarkable 2014-17 gains.

“My point wasn't only just foreign money. But it was foreign money with cheap money, right? Now we have a scenario where cheap money completely takes over the environment,” said Yan.

Another difference between then and now, said Davidoff, is how rents have remained the same in Vancouver, due, in part, to government intervention (rent freezes through to December 2021). And so, a significant population is not faced with higher housing costs during the pandemic.

Yan said it is those renters who likely have had their incomes “vaporized” due to the pandemic.

“If you look at the core of unaffordability, it's both very high housing prices with relatively low, very, very low paying jobs,” said Yan.

Both Yan and Davidoff suggest housing prices are now at a level of risk not seen before, should interest rates rise and transportation demands return to the pre-pandemic era.

The total proportion of Metro Vancouver residential properties owned by non-residents in 2018 reached 4.9% while “some non-resident participation” in properties amounted to 7.6%, according to the Canadian Mortgage and Housing Corporation (CMHC). International students who file an income tax return are considered residents by CMHC. Last year, the CMHC reported these figures have remained the same.

B.C. introduced a foreign homebuyers tax in August 2016 and a so-called “speculation and vacancy tax” in 2018. Stricter mortgage requirements (“stress tests”) were also applied then by the CMHC, leading to house prices dropping in Vancouver in 2019.

Cracking down on potential crime and tax avoidance/evasion has also been an issue in Vancouver real estate. The B.C. government is conducting a public inquiry into money laundering that is to look at the regulatory regime in real estate. And between 2015 and 2020, a special Canada Revenue Agency audit program has issued $729.1 million of tax reassessments linked to Greater Vancouver real estate.