Weather keeps Trudeau from Victoria; prime minister to chat with premier via video

A snow and windstorm has cancelled Prime Minister Justin Trudeau's trip to Victoria to meet with B.C. Premier John Horgan on Monday.
Jan 13, 2020 7:33 AM By: Cindy E. Harnett 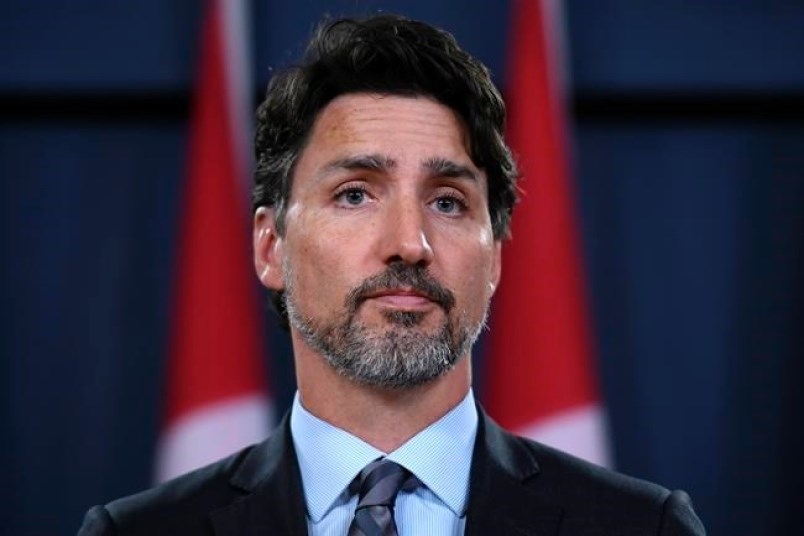 Prime Minister Justin Trudeau will be in Victoria on Monday for a meeting with Premier John Horgan. Photo via Times Colonist

A snow and windstorm has cancelled Prime Minister Justin Trudeau's trip to Victoria to meet with B.C. Premier John Horgan on Monday.

The prime minister's team was stuck in Vancouver on Sunday night. The city was hit by a snowstorm, closing the Lions' Gate Bridge temporarily closed for plowing, and wind prompted B.C. Ferries to cancel dozens of trips throughout the day.

Trudeau and Horgan were scheduled to meet Monday morning at the B.C. legislature. Instead they will talk via a video teleconference.

The two are expected to discuss pressing issues including the Ukraine Air disaster and potentially joint infrastructure projects, housing, the opioid crisis and Pharmacare.

On Sunday, the prime minister was at the University of Alberta on Sunday to attend a memorial service for the victims of the plane crash in Iran. Most of the passengers were heading to Canada.

Trudeau’s diplomatic outrage over Iran’s admission its military shot down a Ukrainian jetliner, killing all 176 people on board, has received international attention.

The crash victims included more than a dozen people from B.C., including University of Victoria student Roja Omidbakhsh, who was in her first year of commerce at the Gustavson School of Business.

Trudeau has called the airplane crash “horrific” and a “Canadian tragedy” and has said Iran “must take full responsibility.”

Following his visit in Victoria, Trudeau is expected to continue on to Vancouver.

Trudeau was last here on the eve of the fall 2019 election when he made his final campaign stop at the Bard and Banker pub.