23 weddings canceled at popular venue near Vancouver due to repairs 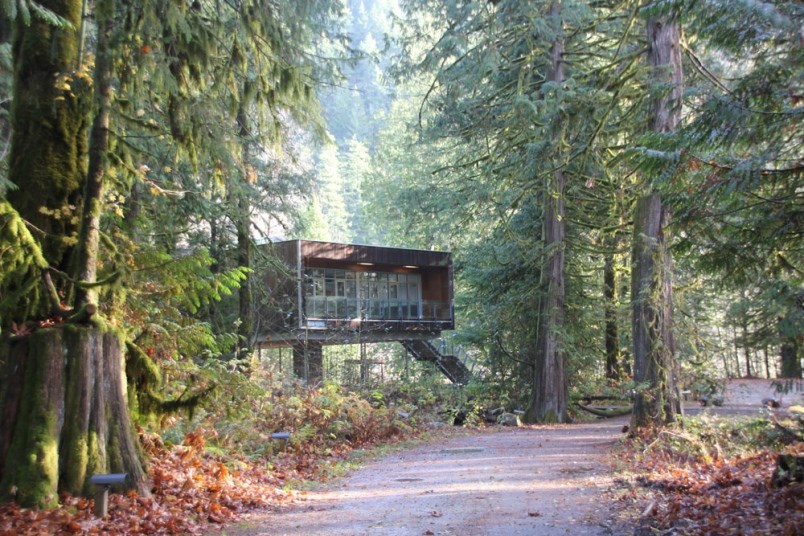 A couple is frustrated and upset after a wrench was thrown into their wedding plans, which was scheduled to take place on April 11 at the Cheakamus Centre.

On Nov. 29, Alecia Mantei and her fiancé got the call: the Centre was cancelling its weddings for 2020, due to construction, including theirs.

Two days after Mantei and Giles Jordan got engaged this past summer they were at the Cheakamus Centre, touring the venue. Having worked as a wedding photographer, Mantei is well versed in available venues and was drawn to the natural environment surrounding the floor-to-ceiling windows offered at the Centre.

Mantei said they were told that for legal reasons the Centre couldn’t explain further why they were being asked to change their wedding plans, adding that they felt staff were “unsympathetic” to the challenges this presented.

“It was a big shock,” she said. “When we first looked at the venue, there was a bit of scaffolding on the side. We asked about it ... They basically said, ‘It’ll be done before your wedding.’”

Mantei said three months after booking the venue, she emailed to check the status of the construction. Again, she said she was told the work would be completed in time for her wedding.

Another couple also contacted The Chief about their cancelled wedding, but would not go on the record.

The Chief reached out to Sepideh Tazzman, the communications and marketing manager for Cheakamus Centre, who confirmed in an email that the repairs would impact around 23 clients.

“Unfortunately, due to unforeseen circumstances, the building where we host weddings will be undergoing some necessary repairs,” the Dec. 13 email said. “As a result, we’ve had to cancel weddings booked in that space. We sincerely regret the disappointment and inconvenience that this caused our wedding clients. Roughly 23 clients have been impacted and we are working closely with them to find alternative venues. Our events team has been assisting clients with finding alternate space at Cheakamus Centre, as well as suggestions of other venues in the corridor and Lower Mainland.”

Tazzman added that the educational programming is operating as usual, but did not provide any details about what the repairs entailed and when they are expected to be complete, saying those details are still being determined.

As recently as Dec. 6, school groups were attending the site.

District of Squamish staff said the building department has not received an application or issued a building permit to Cheakamus Centre or the North Vancouver Outdoor School. A spokesperson for the District added that a permit might not be necessary depending on what work is being done. Structural work or changes in sizes to doors or windows would trigger the need for a permit from the District, but other repairs such as re-roofing would not.

As soon as Mantei heard of the cancellation, the couple began calling other venues around Squamish. As for help finding alternative venues, she said the Centre gave them a list of other nearby venues, but the ones the couple called were all booked.

With much of the groom’s family coming from England, and more guests from Germany, Japan, and Australia, the flights were too expensive to change. Luckily, having experience in the wedding industry meant Mantei was able to find a new venue — in Agassiz — just days after the cancellation. While their wedding will be a day earlier than planned, most guests will still be able to attend and the new venue can house their international travellers.

They were able to get their deposit back from the Cheakamus Centre and the proof of cancellation they needed to cancel some of their other vendors. But the couple said they still lost money due to the change. Mantei said invitations, decorations and even her dress were themed around the Cheakamus Centre.

“We’re happy because we got lucky, and it worked out that we could keep our date, but we’re still pretty upset [with] the way that it’s happened and the way that we’ve been treated.”

She said more than a list and a brief notification would have helped the situation.

“I feel sorry for the people that won’t be as lucky as us in booking venues. We got extremely lucky.”

Asked what is happening with brides and grooms who call to book a wedding at the venue in the future, Tazzman said they were not booking any new dates for nuptials currently.

“At this time, we do not have information on the exact details of the repairs as these are still being determined by external professionals,” she said. “Until we have more information on the timeline for repairs, we are not confirming any weddings.”