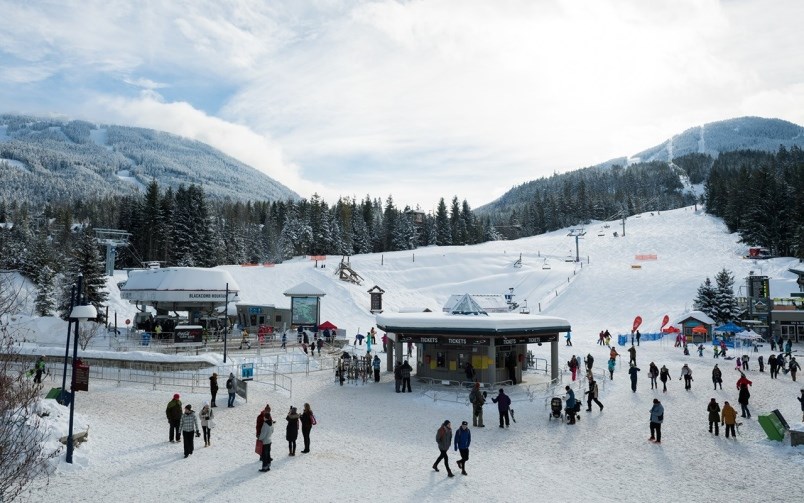 The slow start to the season presented some challenges beyond the hill. Photo: Mike Crane / Tourism Whistler

While by now, most people's social media feeds are chock-full of skiers and boarders shredding pristine Coast Mountain powder, it was by all accounts a slow start to the season, with things only really picking up business-wise in the lead-up to Christmas.

In fact, according to a Jan. 17 early-season metrics report released by Vail Resorts, snowfall on Whistler and Blackcomb Mountains was 60 per cent below the 30-year average through Dec. 31, 2019, representing the lowest snowfall recorded in more than three decades.

"Results at Whistler Blackcomb and Stevens Pass were below expectations, driven by the poor early season conditions that continued through the holiday period," said Vail Resorts CEO Rob Katz in a release.

Locally, a dearth in early-season powder affected businesses in a variety of ways.

"I think we had our best November on record, and [at] Christmas we just hammered," said Crawford, who explained that CWA was able to adapt quickly to whatever Mother Nature threw at it.

Rather than pull out the sleds, as is typical in November, CWA opted to keep its summer offerings available well into December.

"We kept our e-bikes out," explained Crawford. "Our guides are trained in multi-disciplinary guiding, so we did ATV, side-by-side Jeep and e-bike tours."

CWA likely benefited from the fact that many Whistler shops that rent e-bikes during the summer had swapped over to winter items, allowing CWA to capture a larger market share, said Crawford, adding that he's observed that people are increasingly coming here for a wide variety of recreation opportunities.

"People are coming to Whistler for more reasons than just skiing nowadays," he said.

They're here to be able to "get up into the mountains."

"Our product is sort of in that price point that serves the locals as much as the tourists, so we've got a pretty good local following," said Relf. "I think that's really kept us afloat."

Speaking on an industry-wide level, Eric Griffith, president of the Restaurant Association of Whistler and owner of Alta Bistro, said that restaurants experienced a challenging start to the ski season compared to recent years.

"[Results] were basically on forecast with Tourism Whistler [predictions], saying that we were going to probably be down a little bit, and we were," said Griffith.

Noting that the impact varies greatly depending on the type of restaurant, Griffith added that early December's marginal conditions put a dint in the number of regional visitors coming to Whistler.

"If the snow is really good, we have a lot of last-minute, weekend bookings that come up, but because it wasn't very good, condition wise, the weekends were softer," he explained.

Despite the challenges, Whistler hotel rooms do not appear to have fallen victim to the slow start to the season.

Saad Hassan, president of the Hotel Association of Whistler, said that occupancy rates actually showed a slight improvement over the previous year, according to Tourism Whistler pace reports.

"We had a couple of fairly large groups that came to Whistler in the early part of December," said Hassan by way of explanation.

"They really backfilled [rooms in the event that] there was any drop in the tourist segment that was coming to ski."

As noted in the Jan. 17 Vail Resorts release, recent snowfall has led to nearly all the terrain opening on Whistler Blackcomb, meaning things are now trending in a more positive direction for this ski season.

And, despite early-season challenges, the company anticipates earnings to fall within the "guidance range" it issued in September 2019.

"While challenging results at Whistler Blackcomb and Stevens Pass have put downward pressure on overall results, [Vail Resorts] expects Resort Reported [Earnings Before Interest, Tax, Depreciation and Amortization] for fiscal year 2020 to be within the guidance range issued on September 26, 2019 given strong season pass sales, results through the holiday period and the recently improved conditions at Whistler Blackcomb and Stevens Pass," stated the release.

Those positive predictions square with what local business operators have to say.

Having weathered a relatively challenging start to the season, they are anticipating a strong season going forward.

"I was speaking with an old-timer, and he was telling me that it almost seems like old times, the amount of snow that we've got.

"We are certainly leading well into the rest of the season."