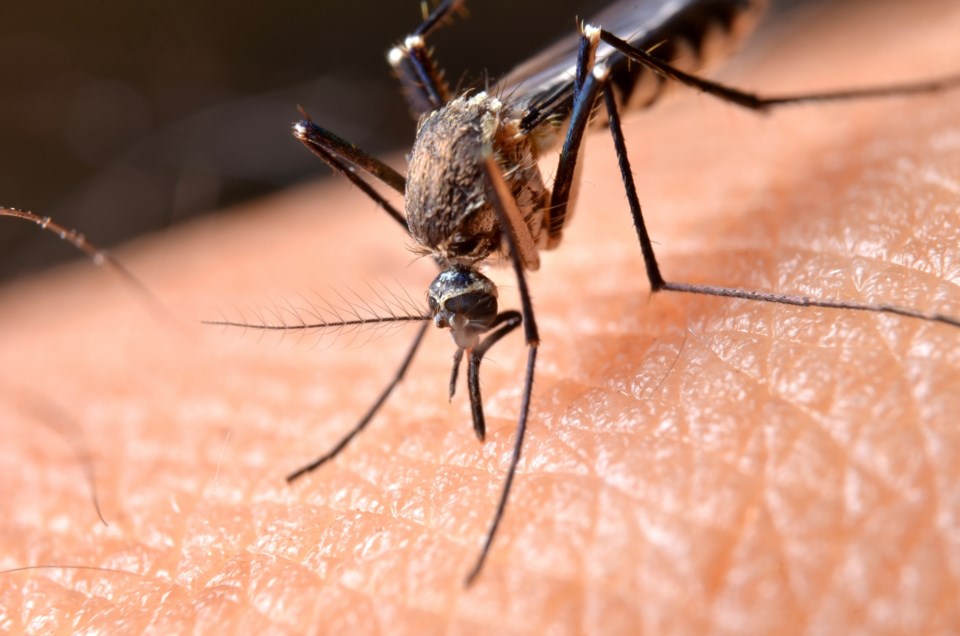 Have you noticed more mosquitoes than usual buzzing around this summer?

If so, you’re probably not imagining it.

According to Carl Lowenberger, a professor of entomology and parasitology at Simon Fraser University’s biological sciences department, the university has received many inquiries from people curious about why they are experiencing a worse than normal season for mosquitoes.

But, he explained: “It's pretty typical in years where we have a lot of rain, and a lot of flooding in areas,” referencing the cool, wet start to summer that much of the province has experienced.

Said Lowenberger, “We have different kinds of mosquitoes in B.C., one of which lives mainly in the drainage ditches and agricultural lands.” Another genus of the insect found locally lays its eggs on vegetation near water, “so near rivers, near ponds,” he added. “So years like this year, where we have lots of rain or lots of flooding, those areas now get flooded and the eggs hatch, and produce a whole bunch of mosquitoes.”

That means this summer’s mosquito population could be the result of a buildup of several years’ worth of eggs.

“Those eggs can last two or three or four years, so sometimes in years like this we’ll get the hatching of four years worth of mosquito eggs—therefore it can seem like there’s a whole bunch more,” Lowenberger said.

While there are commercial companies who do work to monitor local mosquito populations, Lowenberger said most of the evidence supporting an uptick in mosquitoes this summer is anecdotal.

One similar company, Morrow BioScience Ltd., has been contracted by Metro Vancouver to undertake mosquito nuisance control across several of its municipalities, including the Township of Langley, City of Surrey, City of Pitt Meadows, the District of Maple Ridge and the City of Coquitlam.

Some of the companies’ responsibilities under the contract include monitoring river levels, temperature and rainfall, as well as the numbers of larval mosquitoes found in local bodies of water, and applying naturally occurring bacterial larvicide to these areas when necessary.

“Along with everything else that 2020 has brought, Mother Nature also had ‘bad mosquitoes’ on the agenda,” the company wrote in a Facebook post.

“A prolonged freshet, coupled with cool, wet weather, has meant that most areas in the [p]rovince are experiencing considerably higher than average mosquito annoyance. Our crews have been monitoring and treating mosquitoes as they hatch, and what we are experiencing now is the dispersal of the mosquitoes that we weren’t able to treat (typically small pockets of larvae that the aerial activities didn’t quite get).”

The bright side? It claims few new mosquitoes will be hatched this summer, unless water levels rise beyond those already experienced this year.

That said, the upcoming stretch of high temperatures forecasted for the South Coast is likely to be welcomed just as warmly by mosquitoes as by locals.

“Those are the conditions the mosquitoes love—lots of rain, lots of humidity, they prefer the heat but they can do well when it’s a little cooler, around 20 degrees, as well, so they’re doing extremely well right now,” Lowenberger said.

While the insects can no doubt be a nuisance, there’s no need for concern about any heightened safety risks associated with more mosquitoes.

“The mosquito population will fluctuate significantly. We are lucky, in Canada in general but in B.C. as well, that we have very, very, very few insect-transmitted diseases,” Lowenberger said.

“By and large, increasing populations of mosquitoes, in theory, could lead towards transmission but the reality is we don't have any viruses here to be transmitted.”

To that end, Lowenberger is encouraging British Columbians to count their blessings rather than their bites.

“We in B.C. are lucky compared to other parts of Canada, so I'm not really complaining,” he said. “When people say there are so many mosquitoes, I'll ask them how many and they’ll say, ‘Well, I had four or five buzzing around my head last night when I was camping,’ and I’m thinking in Winnipeg that would be four or five thousand!”

While one way to avoid being bitten would be to stay indoors—particularly around dawn and dusk when mosquitoes are known to be most active—Lowenberg recommends putting on an insect repellant to “go about your daily activities as normal, and enjoy the summer.”