Will the current wave of calls for social justice improve the treatment of employees from various racial, cultural, gender and religious backgrounds in B.C.?
Jun 22, 2020 3:22 PM By: Chuck Chiang 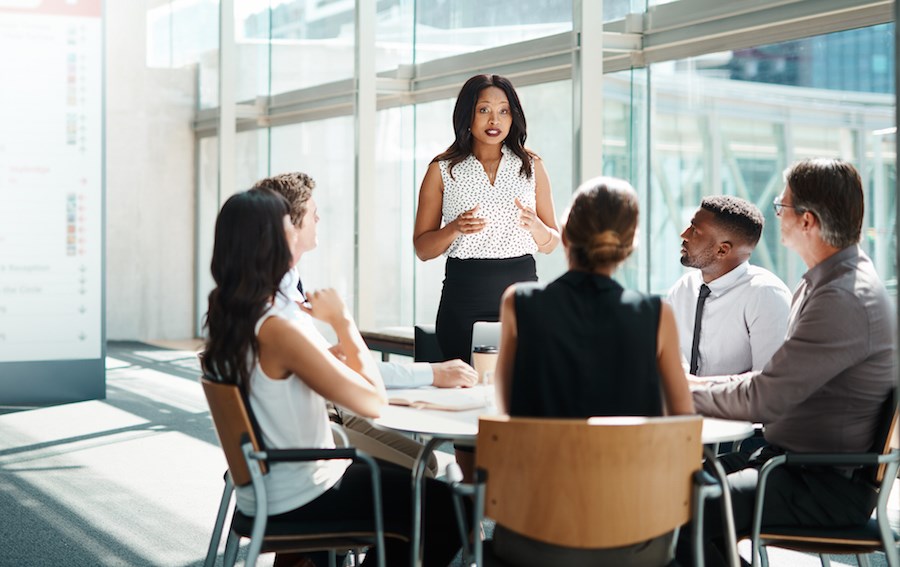 Recent protests in the United States triggered by police killings of black Americans have spurred widespread corporate disavowal of racial discrimination – but the question remains as to whether it will result in long-term change.

For social advocates with insights on the business world in Vancouver, the answer appears to be a hopeful “maybe.”

Most observers say they recognize the current wave of calls for social justice could improve the treatment of employees from various racial, cultural, gender and religious backgrounds – but the track record in recent years of firms in B.C. and the rest of Canada putting the money where their mouths are has not been encouraging.

“Even before recent events, there has certainly been movement on gender equality, inclusion and diversity in the workplace,” said Queenie Choo, CEO of Vancouver immigrant and community services non-profit SUCCESS. “But there’s not a lot of traction yet. Yes, we’ve been cognizant of the need for it … but have we done anything substantial for it? I think there’s room for improvement.”

The assessment comes after corporations (especially in the U.S.) began showing support for the Black Lives Matter movement this month. Minneapolis resident George Floyd was killed in May after a police officer knelt on Floyd’s neck for more than eight minutes during an arrest, triggering the current protest and subsequent wave of corporate support.

TD Canada Trust (TSX:TD) and Deloitte – as well as organizations like the Vancouver Police and the Canadian Armed Forces – published clear guidelines and benchmarks for diversity hiring years ago.

But outside of a few companies and groups, the numbers overall continue to show the lack of equality.

Statistics Canada said Canadian women’s participation in the labour force as of June 2019 was 61.4%, almost 10% lower than the male figure of 70.1%. A number of other reports also continue to show lower earning powers in minority, immigrant and First Nations communities. LGBTQ groups say that many do not feel their workplaces are inclusive or safe.

“There are wonderful things we can point to – we work with TD a lot, and they are doing fantastic work – but across the board in Metro Vancouver, it’s tough. It’s going to take a long time to get to even a B+ level.”

The systemic nature of bias in the business world shows up a number ways, observers say – manifesting itself in a range of ways, including how some companies choose job candidates for interviews based on surnames and the cultural identities they may suggest.

That is where the high visibility of the current protests provides some hope for business leaders like Choo, who said the headlines are pushing more people to examine their personal biases – an important development because much of the biases are held subconsciously.

“Most of us are driven by our unconscious bias, and hence the behaviours are displayed,” she said. “More than ever, we need to sharpen out unconscious-bias detectors through some training, reflection and also interactions to understand why we have these beliefs in our systems to drive what we do – especially when we look at employees promotions and people’s career development.”

The lack of diverse corporate leadership also continues to plague the effort for change. For example, Statistics Canada reported in 2016 that women held fewer than one in five business leadership roles in Canada, a number that has not improved significantly since.

The slow executive turnover rate in the business world is a major problem in accelerating the more dramatic change that’s needed to foster true diversity in the workplace, said Kevin Huang, co-founder and executive director of community-engagement consultancy Hua Foundation.

“What I’ve seen and experienced is that there’s always this push and pull of how much organizations and those with power want to engage this conversation,” said Huang, who speaks regularly with government groups and businesses about inclusive policies and practices. “What we’ve seen with COVID and now with the killing of George Floyd … is that this is really pushing corporations to re-evaluate how they can do better. But for all I’ve seen, there’s a lot of posturing and gesturing; we haven’t got into how entrenched systemic racism is.”

One such example was cited in the recently released Gustavson Brand Trust Index, conducted by the business school of the same name at the University of Victoria. The report highlighted one of the darlings of last year’s index – Gillette, a branch of health-sector giant Proctor & Gamble Co. (NYSE:PG) – seeing a spike in consumer trust in 2019 because of its advertising campaign battling “toxic masculinity.”

The commercials, which were largely received favourably, did not lead to a long-term boost for the brand as trust levels fell back to 2018 levels this year.

“It is likely that consumers expected more ongoing attention to the topic than they saw demonstrated and may have interpreted the previous year’s stance as mere lip-service,” the report stated.

Huang said he has seen a corporate focus on “Racism with a capital R” such as outrages like Floyd’s killing, while “racism with a small r” – which covers systemic biases in hiring and structural favouritism – remains off-limits for discussion.

“Inviting people into inherently and normalized racist structures actually doesn’t benefit anybody,” he said. “It becomes a tokenistic gesture. This is why we have long-term challenges in [promoting] non-white leadership; what we have now is not anywhere proportional to the demographics of our region…. We need to talk about issues like white supremacy; it’s very uncomfortable, but that’s the point. We need to lean into this discomfort to unpack how we make this system truly equitable for everybody.”

Both Choo and Foster said there is progress – albeit slow. SUCCESS is reporting an 85% success rate in its programs to help immigrants obtain employment in Canada, and that figure jumps to over 90% for a similar program helping female entrepreneurs start their own businesses.

Choo did note, however, that may people who are eligible and need such services cannot attend the programs because of limited funding and restricted class sizes.

Meanwhile, Foster remains optimistic. She noted that LOUD speaks to many younger, up-and-coming executives who represent the next wave of CEOs and executive directors in the B.C. business world, and almost all are champing at the bit to have a chance to effect systemic change – but that can only happen when these executives are elevated to decision-maker status.

“2020 really does feel right now like it’s becoming the year of the reset,” she said. “You can feel the desire for change, and it’s palpable worldwide and not just localized. So we are hopeful companies will take their diversity plans to the next level, because there has been a lot of talk-but-no-shows. The appetite for change is there in the workplace, and if businesses don’t change, they will be left in the dust.”