Standout receiver Nathan Falito, 22, is presumed to have drowned while swimming in Shuswap Lake
Jul 27, 2020 10:51 AM By: Cleve Dheensaw 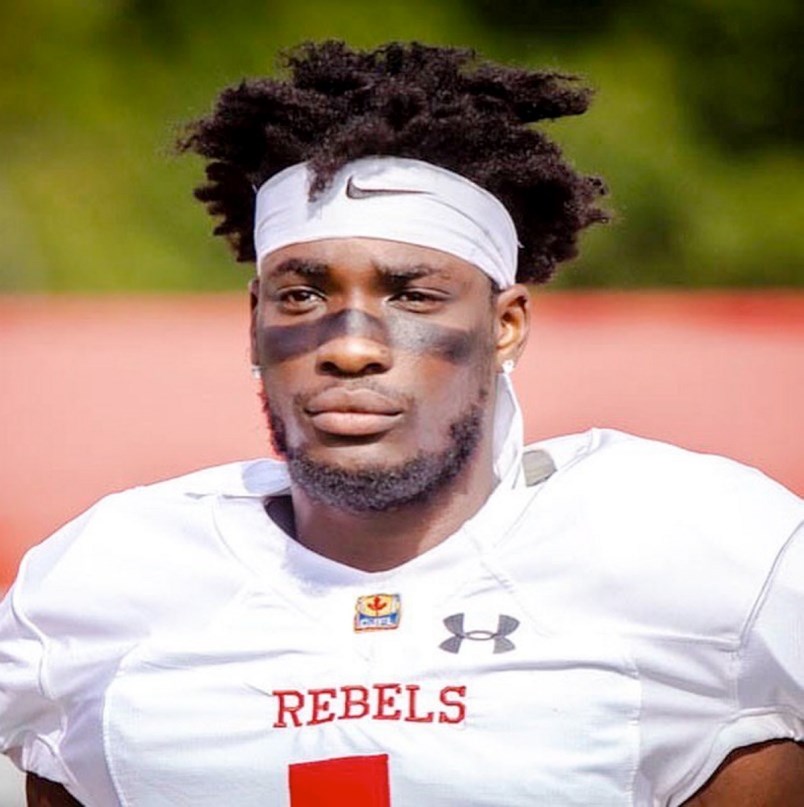 The Westshore Rebels have been shaken by the death of two-season standout receiver Nathan Falito.

Falito is presumed to have drowned while swimming in Shuswap Lake, according to Rebels team president Rob Lervold.

“It’s tragic. The players on our team are in shock and are really shaken up,” Lervold said.

According to Global News, Shuswap Search and Rescue received a call Thursday afternoon about a man who disappeared from view while swimming to a dock at Canoe Beach near Salmon Arm. Searchers were on the lake until about 9 p.m., but were unable to find the man. The RCMP have taken over the search.

Falito played for Westshore, of the B.C. Junior Football Conference, in both 2018 and 2019. The 22-year-old graduated from junior football after last season.

Rebels officials said Falito’s love of the game — and his adopted city — were infectious and shone through.

“Nathan always had a big smile on his face,” Lervold said. “That was especially so when pulling on a jersey. He simply loved football and he loved being on the field and performing. And he loved being in Victoria and spent most of his off-seasons here.”

Falito, a native of Edmonton, was headed to play in U Sports for the University of Calgary Dinos.

“He was all about the team. He loved being a Rebel. This is very hard. He is gone way too soon.”

The Canadian Junior Football League wrote on Twitter: “The entire CJFL mourns today after the passing of Westshore Rebels receiver Nathan Falito. An outstanding player and person taken far too soon. Our thoughts and prayers go out to his family and friends. RIP Nathan.”

Falito led the Rebels into the 2019 BCFC Cullen Cup championship game last November against the eventual champion Langley Rams by hauling in three catches for 108 yards at Westhills Stadium in the 17-7 semifinal victory over the Vancouver Island Raiders.

He led the Rebels in receiving last season and was second in the BCFC with 32 receptions for 642 yards with one touchdown and a 20.1 yards-per-catch average in 10 regular-season games.

“He came to us as a speedster, had a solid first season, and then polished his game even more by his second season.

“He would really get after it downfield and made some tough catches.”