A B.C.-based engineer says he has invented the future of housing construction. Paul Tinari says his 3D printer will soon be building homes in B.C. and around the world.
Apr 29, 2019 7:04 AM By: Kelvin Gawley

A B.C.-based engineer says he has invented the future of housing construction.

Paul Tinari, a civil and mechanical engineer, says his 3D printer will soon be building homes in B.C. and around the world.

A concrete-pouring nozzle suspended in a metal box is controlled by cables attached to four towers. The cables move independently to position the printer as it pours concrete walls, layer by layer. 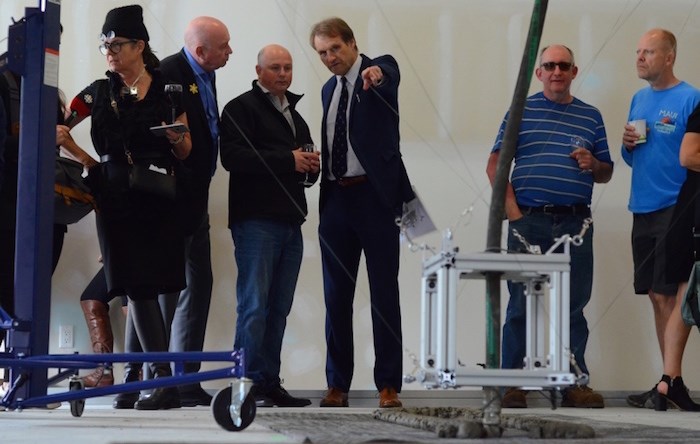 Paul Tinari points to his 3D printer at a open house in Burnaby Thursday. Photo by Cornelia Naylor.

The whole system is controlled by software that tells the printer how to actualize blueprints.

The inventor claims his contraption can build a 2,700-square-foot home in 24 to 48 hours. There is carbon fibre “woven” into the concrete, supplanting the need for rebar. And the dead air left inside the walls make for superior resistance to heat loss, he said.

Tinari is not the only inventor to create a concrete-pouring 3D printer, but he says his approach is better than the rest. His competitors use either robotic arms or trusses – both are heavier, bulkier and more expensive, Tinari says.

Tinari says his invention’s cables allow him to position the towers far apart.

“The beauty about this is that it can build a house of any size,” he said at a demonstration of the 3D printer in Burnaby on Thursday.

Tinari said his technology could build livable homes today, but ne heeds to subject it to testing and building code legislation needs to change.

“But that takes time and there’s people who need housing right now,” he said. “The technology is moving much faster than the bureaucracy can keep up.”

Tinari said he hopes to soon build homes on a First Nation reserve on Vancouver Island, where provincial and federal building codes don’t apply. He also says his invention would be perfect for rebuilding communities hit by natural disasters, including parts of California ravaged by wildfires. 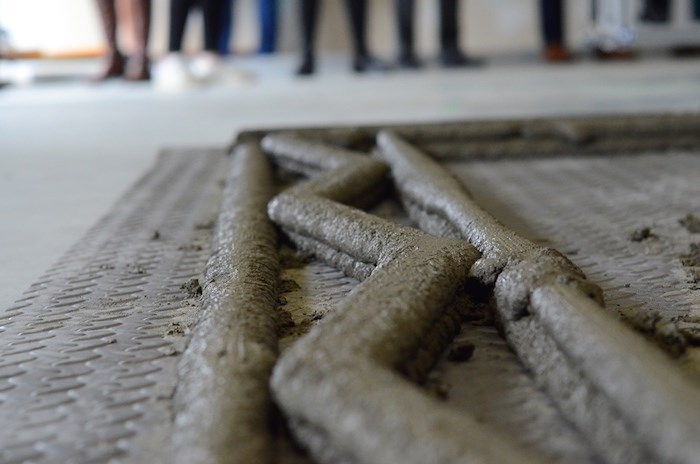 He also expects labour groups to fight legislation that would allow 3D-printed homes in Canada “because the number of jobs it eliminates is so massive.”

But, he said, the automation of home-construction is inevitable and former construction workers will be able to find new, better jobs, including computer programming and the maintenance and building of 3D printers.