I recently read a theory that going for 50 coffees with people you've never met is the entrepreneurs equivalent to the theory that doing anything for 10,000 hours will make you an expert on it.
0
Feb 8, 2012 12:11 PM By: Bob Kronbauer

Meet Josh Dunford. Head of Burnkit, proud dog dad and the owner of no less than two medium-sized shipping containers that he keeps in his office space. On his business card it says that he's a "Founder/Janitor" and what I get out of that is that he takes care of stuff, top to bottom. 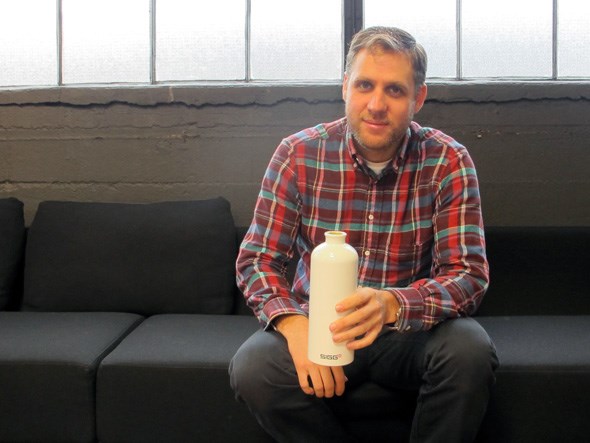 We met at Burnkit's large warehouse studio space on Alexander Street in Railtown and before I got there I had a feeling that we were like-minded simply because we both have a history in design. But when I arrived and realized we have very similar haircuts, almost the exact same facial hair and common tastes in plaid, I knew it to be true. And as the conversation strayed from the work that they do for clients such as Bing Thom Architects, BC Ferries, The Canadian Cancer Society and others into talk of camping and island adventures, I knew that we'd likely be meeting for another coffee in the future. Hell, maybe even 50 more coffees.

You can learn more about Burnkit and the work they're doing HERE. Also be sure to dig into the online CATALOG for the recent exhibition they produced entitled Prototypes, featuring original design prototypes from 5 notable Vancouver-based designers. Here's a video that introduces it...

North Vancouver company pivots to Plexiglas barrier business as reopening begins
May 22, 2020 2:05 PM
Comments
We welcome your feedback and encourage you to share your thoughts. We ask that you be respectful of others and their points of view, refrain from personal attacks and stay on topic. To learn about our commenting policies and how we moderate, please read our Community Guidelines.