I recently read a theory that going for 50 coffees with people you've never met is the entrepreneurs equivalent to the theory that doing anything for 10,000 hours will make you an expert on it.
Nov 9, 2011 3:30 PM By: Bob Kronbauer

Meet Lisa Johnson. A reporter for CBC News, if you watch CBC television or listen to CBC radio then you've definitely seen her face or heard her voice giving you the educated scoop on something important happening in your city over the past few years. Often times the stories she's reporting on concern society and local news but as she used to work primarily on an environmental beat she still considers that her specialty. Life as a reporter in Vancouver is as hectic as you'd imagine it would be and the universe illustrated that point for me as Lisa has been the toughest 50 Coffees drinker to pin down so far. We had set a date and time to meet at Hogan's Alley on Union Street but ended up having to reschedule multiple times: a plane crashed on the Thursday, then people were getting served their eviction notices down at Occupy Vancouver on a Monday, and I can't remember what the other ones were but I was glad to finally catch Lisa on a slow news day and chat about... well... news, mostly! If you're interested in getting the jump on breaking stories in Vancouver you should definitely follow Lisa on Twitter at @lisasj, but if you're more of a six o'clock news kinda person then watch for her on TV! 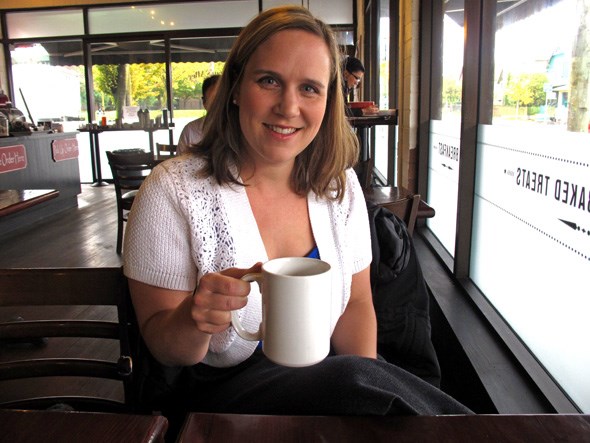 We're continuing our CBC 75th Anniversary bender so you can expect at least one more of these 50 Coffees with somebody from the Ceeb later this week!