I recently read a theory that going for 50 coffees with people you've never met is the entrepreneurs equivalent to the theory that doing anything for 10,000 hours will make you an expert on it.
0
Nov 22, 2011 1:21 PM By: Bob Kronbauer

Meet Matt Chambers. Small business advisor by day and investigative journalist by night, he started his Vancouver blog, The Dependent, around the time of the Olympics and has since proceeded to consistently deliver provocative and eyebrow-raising features often focusing on shady parts of our city that aren't getting lit up by mainstream media (or any media for that matter). Managing to get into places most people would never want to be, in the past few months he's managed to gain the confidence of a group of drug dealers for THIS series about the Downtown Eastside drug trade at street level, he delivered THIS investigative piece where he shadowed a bike thief around Vancouver and gave up his secrets, and most recently he managed to get in close with the author of the Date Matrix, one of the NPA's rookie candidates in the recent civic election, Jason Lamarche, to deliver THIS series that started out with "total access" to the candidate in order to give an "inspirational story about municipal politics" and ended in... well, controversy, no access and a great story in spite of that. But it's not all crime and politics at The Dependent - Matt and his growing team deliver stories involving culture, lifestyle and history, often ripe with humour.

Opting out of a caffeinated meeting, Matt and I sat down for tacos and horchata at La Taqueria on Hastings. We talked about the election, Occupy Vancouver and the trials and tribulations of running local blogs. After lunch we walked around the DTES chatting more and Matt pointed out some of the handiwork of bike thieves, which would have gone totally unnoticed by me had he not. Even though I feel I have an eye for detail in the streets, Matt managed to do in real life what he does on his blog: he dug a little deeper and revealed something interesting to me about our city. Visit TheDependent.ca and be sure to bookmark it. 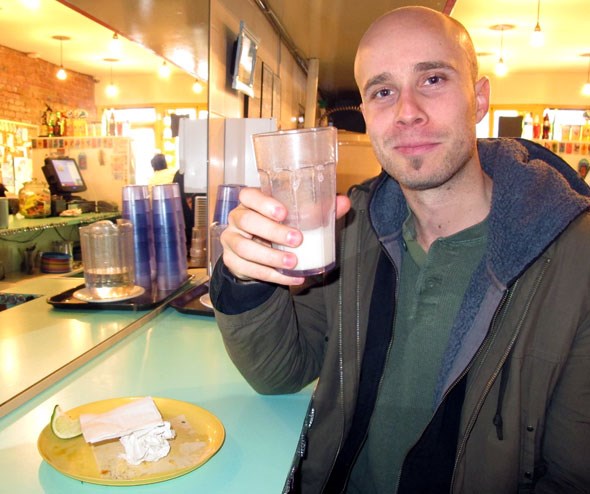 Cash no longer king as COVID-19 rewrites purchasing behaviour, poll finds
May 26, 2020 9:51 AM
Comments
We welcome your feedback and encourage you to share your thoughts. We ask that you be respectful of others and their points of view, refrain from personal attacks and stay on topic. To learn about our commenting policies and how we moderate, please read our Community Guidelines.