More than 72 weeks ago I embarked on a mission to publish 500 Coffees over the next few years. In this series I introduce you to interesting Vancouverites, many of whom I had never met before our coffees/meals.
0
Oct 8, 2014 11:25 AM By: Bob Kronbauer

Meet Joan McEwen. A lawyer since 1978 and a freelance labour arbitrator since 1990, her profession is labour law but one of her major passions in life is social justice, specifically for those who have been wrongfully convicted of crimes they didn't commit. 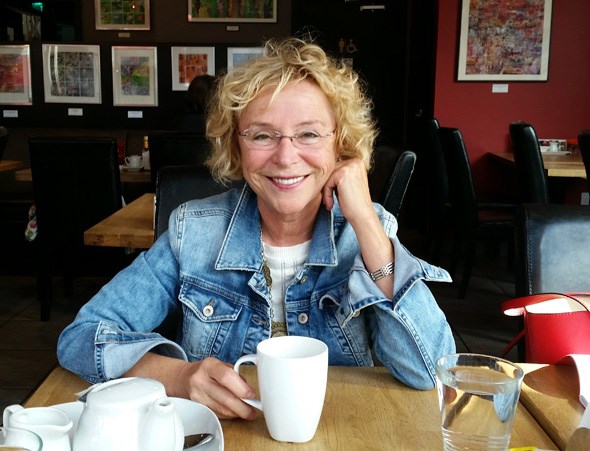 We met at The Edge Café at Yukon and 8th Ave, brought together by an unnamed mutual friend who might one day let me feature him in one of these Coffees but has so far refused to be a subject. This friend had told me about a book Joan wrote which was just published by Heritage House and I was eager to get my hands on a copy. As I sat down she handed one to me and I immediately started asking questions.

The book is called Innocence on Trial - The Framing of Ivan Henry and it's all about a man who spent 27 years in prison in British Columbia for sex crimes he didn't commit. Joan spent the last three and a half years researching the case, meeting many times with Ivan and interviewing every other living person who was involved and would talk to her about it. The judge and the prosecutor are deceased but the evidence remains that it was not simply wrong that he was convicted but, as one former Supreme Court of Canada judge put it, that it was an "appalling miscarriage of Canadian justice". The story details the trial in detail as well as Ivan's path to freedom, though he has yet to be compensated or publicly exonerated. I'm just digging into it now and suggest you do the same; there's a preview chapter or two up HERE (click "Google Preview").

At one point in our conversation Joan asked me about my work with V.I.A. and mentioned that it must be nice that I get to meet all sorts of interesting people. As I was writing this I was thinking back on that, about how it's true, and about how she is one of them. Joan is awesome.

Learn more about Innocence on Trial - The Framing of Ivan Henry, and pick up a copy HERE. Also, be sure to follow Joan on Twitter at @joan1mc

And stay tuned for 428 more Coffees! Check out the caffeinated archive HERE.