More than 75 weeks ago I embarked on a mission to publish 500 Coffees over the next few years. In this series I introduce you to interesting Vancouverites, many of whom I had never met before our coffees/meals.
0
Oct 19, 2015 12:37 PM By: Bob Kronbauer

Meet Dr. Ian Pike, Co-Executive Director of Preventable and Director of the BC Injury Research and Prevention Unit. We’re doing some work with the former to help generate awareness about injury prevention and when I was asked if I might want to meet with him to talk about his work I jumped at the opportunity. First, because I love sitting down with people who are much smarter than I am (with the hope that their intelligence will rub off on me by way of osmosis) and secondly because I also love to lift the veil and share the inner workings of organizations with our readers. 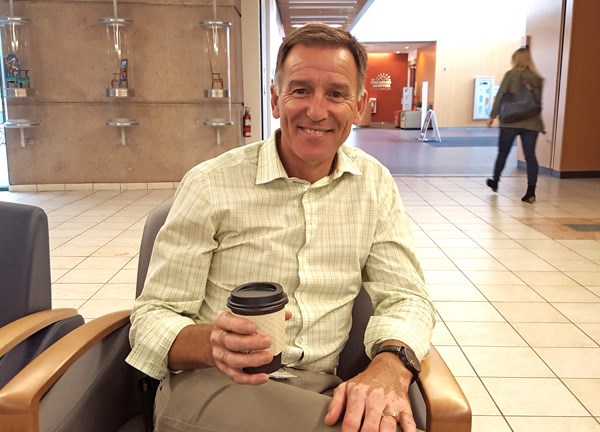 We met in the lobby of the Child & Family Research Institute (CFRI) at BC Children’s Hospital and grabbed a coffee from Bean Around the World. The very first thing he said as we settled in was in the year 2010, preventable injuries in BC cost us taxpayers 3.7 billion dollars, and that’s an increase of 1.3 billion dollars since 1998. As that insane statistic settled in, he let me know that 85-90% of all accidents that occur are completely preventable, and then invited me to imagine how much money we’d collectively save if that number went down even just a little bit. With those two mind bombs, he essentially explained to me the reason why Preventable exists! And then, of course, we went deeper into it.

I learned from Ian that Preventable originally launched as an arm of the provincial government but they quickly realized it was ineffective; nobody wants the government telling them what to do, and the whole idea behind their work isn’t to establish a “nanny state” (Ian’s phrase), but to simply adjust the attitudes of people to expect the unexpected.

He’s right. We all know already how not to get injured; the core messaging in all of the Preventable ads that you see (“You’re probably not expecting to drown today”) is basically just common sense relayed back to us, reminding us to take a minute to “Have a word with yourself”. We all know how to “Be prepared” (I learned that in Boy Scouts) and we know that we should “Try not to be an idiot and get yourself killed” (my dad taught me that one). Based on the tracking they’ve been doing at Preventable, their message is getting through to us.

The core of what they do is to raise awareness through advertising campaigns. On TV, in magazines, and out in public. Another big part is tracking and monitoring what type of influence they’re having, so they’re not simply burning through money, but actually making an impact in the best way possible. They are constantly polling their 22-55 year old demographic about their attitudes towards preparedness and injury prevention. Since they started, they’ve seen an approximate 5-10% positive shift in attitudes and awareness. In the long run, that translates into fewer people being hurt and fewer of our tax dollars being spent on helping them get better. What seems like a fairly progressive effort is in reality a conservative approach to this huge problem.

The reason the company is able to exist as a charitable foundation instead of as a government organization is because the companies who donate to it understand the need to keep people uninjured. Two big reasons for that: one is that injured people don’t come to work and they also don’t buy stuff. So the employees of companies, as well as the customers of them, are both being looked out for by the corporate entities who are smart enough to look out for themselves and donate to Preventable.

TELUS and London Drugs are a few of the companies who offer major support, as well as organizations like BC Hydro. As this coffee began with some mind bombs, it also ended that way when Ian asked me what I thought BC Hydro’s biggest public safety concern was. With tons of wires crossing our province, mostly near sidewalks and roads where people are, and those very wires going into our homes, naturally I answered electrocution. But the fact is that their main safety concern is drowning! While they certainly have a lot of wires, they also have a lot of reservoirs that feed into hydroelectric dams to produce electricity. As a part of their deal with the provincial government that allows them to have this infrastructure in place on public land, they have to make sure that British Columbians have access to these lakes that they created. In my eyes, this is the perfect win/win situation offering a wonderful opportunity for us to enjoy these places, many of which are remote… but it also creates a safety issue for that very reason; it’s hard to get help to lakes when tragedy strikes.

A crazy coincidence was the same afternoon I met Ian, I had afternoon plans to drive up to Jones Lake (a BC Hydro reservoir up in the mountains near Chilliwack) to go camping for the weekend. When I arrived, I made a point of taking a photograph of this sign that I remembered was at the boat launch. 85-90% of all accidents are preventable and this Preventable signage/messaging (which is up at EVERY BC Hydro reservoir in the province) is doing its small part to make sure people think before heading out onto the water. At the root of it is Dr. Ian Pike and his team. And that is so awesome. 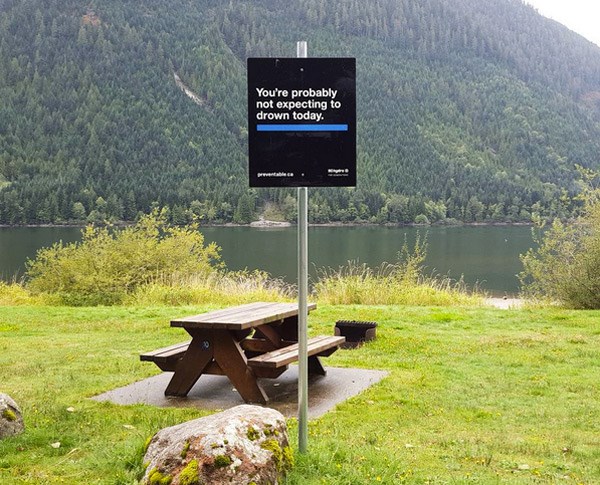