AN INTRODUCTION TO JEFF HAMADA

This Thursday, February 19th, Livestock is hosting a launch party for Jeff Hamada's Converse shoe, with 100% of the proceeds going to The Global Fund. V.I.A. contributor, creator of Booooooom.

This Thursday, February 19th, Livestock is hosting a launch party for Jeff Hamada's Converse shoe, with 100% of the proceeds going to The Global Fund. V.I.A. contributor, creator of Booooooom.com and more, here's a little introduction to Mr H, his shoes and the Livestock tees that are dropping the same night! 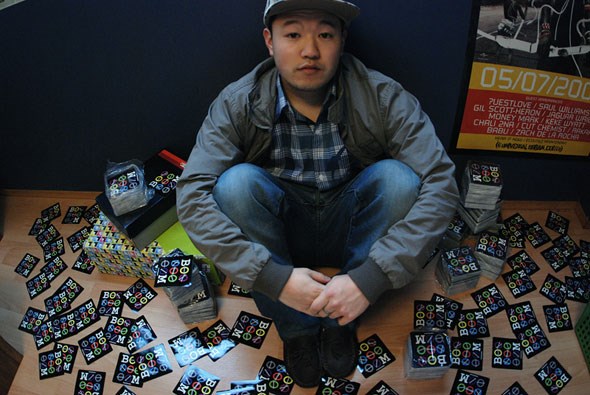 First off, what's your deal? Please describe what you do in two sentences or less.

I am a small Japanese designer who is really just excited to make stuff.

What sparked this series of t-shirts for Livestock?

Garry [Bone] just mentioned it would be cool to have some tees in the shop for when we launch the Converse shoe together. So I really just sat down and doodled on and off for a week or so. I tried not to think about making t-shirt graphics and just unwound my brain. Kinda like when you're on the phone with a pen in your hand and you hang up and look down and it's like someone else drew all things everywhere. 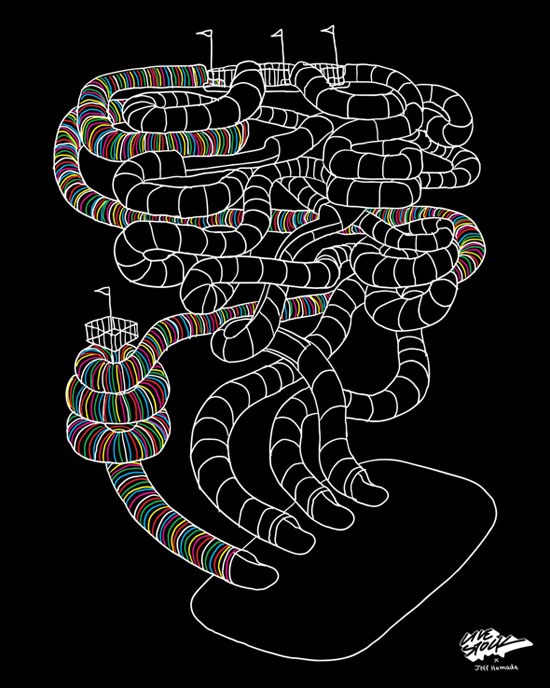 What's the concept behind them?

The double peace sign was just something I started to draw, it's the Japanese-person-having-their-photo-taken-arm-position. Or maybe it really is about peace, for all the rainbow coloured people out there! The slides came from a memory of Splashdown Water park, maybe. I'm guessing because they kinda just ended up on the page. The logo tee is definitely the deepest one, it has the most meaning for me personally, as a man and as an artist. haha 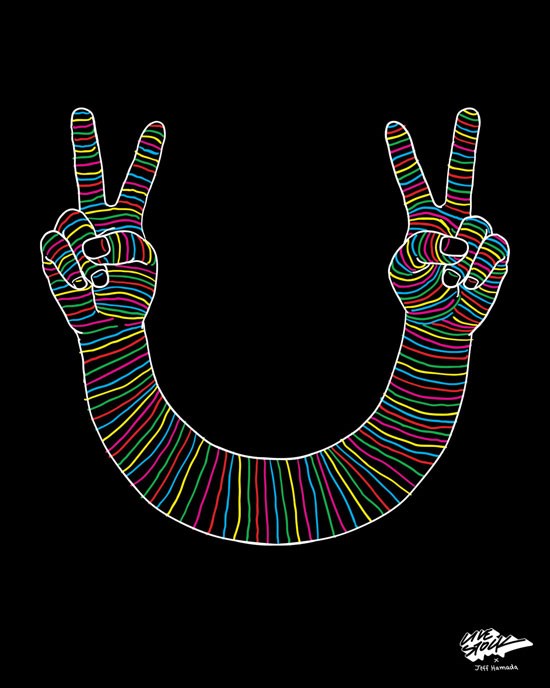 How did the Converse thing come about?

I showed some friends-of-a-friend around town! That's it. Be friendly and you'll get to make a shoe! I'm only joking, you'll never get to make a shoe! Seriously though, that is how it happened, the two guys I was showing around were from Boston and happened to work for Converse. We got along great and after they returned home (and I'm assuming saw some of my work) they contacted me to do the shoe. The idea was that it would be like an artist one-off and not necessarily a production shoe. I jumped at the opportunity and created the design. Flash forward 8 months of not really hearing much and then you, Mr. Kronbauer, were actually the one who told me via email that my shoe was a reality! You happened to be there when the Converse sales rep pulled my shoe out of the bag to see if Livestock was interested in picking it up. I still hadn't even seen the finished shoe at this point. Enough shops across Canada wanted it, so here we are. 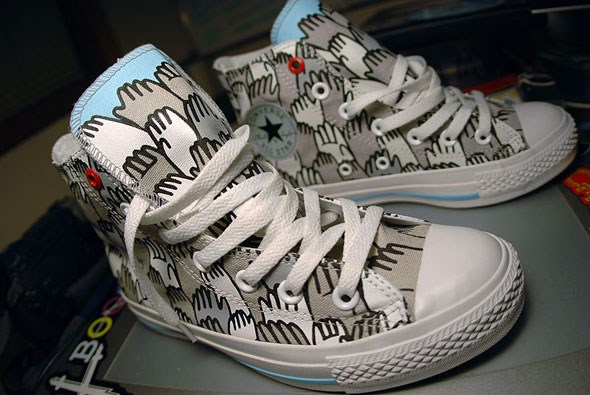 Can you tell us more about the Converse 1HUND(RED) collection?

There were 100 collaborations with artists from all over the world to celebrate Converse's 100th year anniversary. Everyone talks about Romanelli, Lupe, and Hiroshi's shoes but there are so many other great ones - Camilla Engman's and Rinzen's shoes are my favourites... I ended up being the only Canadian aside from Tokyo Police Club so I feel pretty overwhelmed when I see the entire list of contributors. 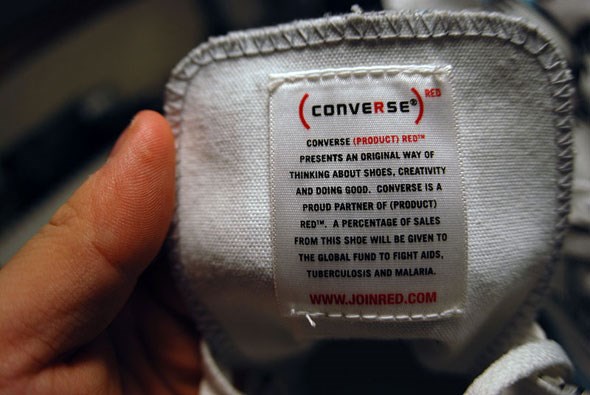 What's next for Mr Hamada?

I have a lot of design projects going on right now but I want to plug Booooooom! It is my baby, actually it has grown to man-size already. It is an art site that is first and foremost meant to be a constant source of visual inspiration. Start your day off right, go there in the morning to get stoked! It currently gets over 700,000 hits per month and I'm really close to making it my full-time gig. We host collaborative art projects that you can get involved in and there will be some other big things in the future. If you are looking for a fun creative community to get involved in, this is it.

Athletes as role models: What kids can learn from professional lacrosse players
Dec 5, 2022 8:00 AM