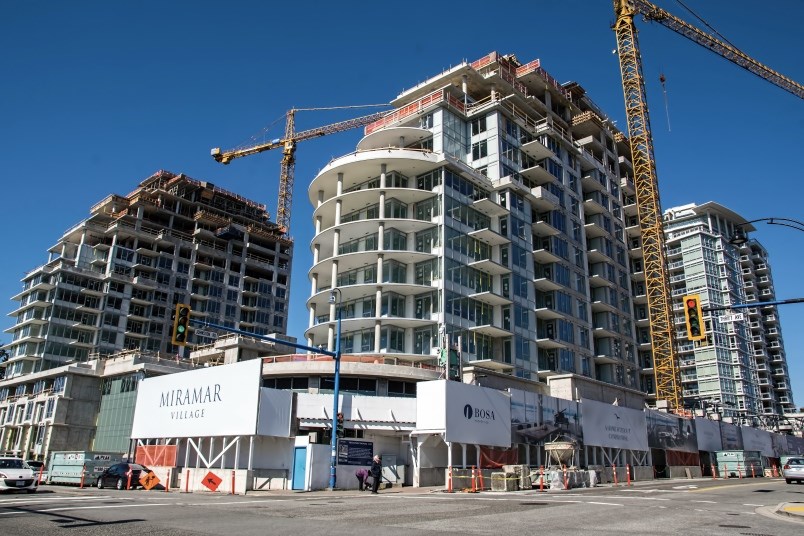 British Columbia’s private construction industry should brace for a complete shutdown, according to industry leaders, following the lead of Quebec which closed all non-essential construction sites at midnight March 24.

“It is the inevitable next step,” said Jon Stovell, president and CEO of Reliance Properties and past chair of the Urban Development Institute.

Quebec announced the extended shutdown of the majority of construction sites as it ramped up efforts to stop the spread of the novel coronavirus. Quebec's construction unions had called for a work stoppage, saying many sites lack proper hygiene control and require working close to others.

B.C. is second only to Quebec in the number of residents infected by COVID-19.

On March 22, six days after B.C. banned large gatherings, its COVID-19 Joint Information Centre released guidelines that allow for construction to continue, provided no more than 50 workers are working in any one space at a time.

Stovell’s company has two big building projects underway, an office tower and a condominium project, and he said his contractors are “going beyond” the provincial measures to assure worker and public safety.

But he believes that all B.C. construction work, aside from infrastructure projects deemed essential, will soon be ordered to close.

A request for comment from the provincial health officer was not received by the Western Investor deadline.

Ron Rapp, CEO of the Homebuilders Association of Vancouver, sent a memo to members this week.

“I told them we have the privilege to continue to work and to make darn sure they all meet the criteria of the provincial health guidelines,” he said.

But Rapp warned that much of the private sector construction in Metro Vancouver – estimated to be worth $10 billion to the B.C. economy and employing up to 130,000 people  – could be forced to close regardless of legislation.

A lack of key building supplies due to a broken trade chain, especially from Asia, and the number of people who can’t or won’t report to work is among the problems, he said. He noted that one local supplier, a fabricator, had 25 per cent of its staff test positive for COVID-19.