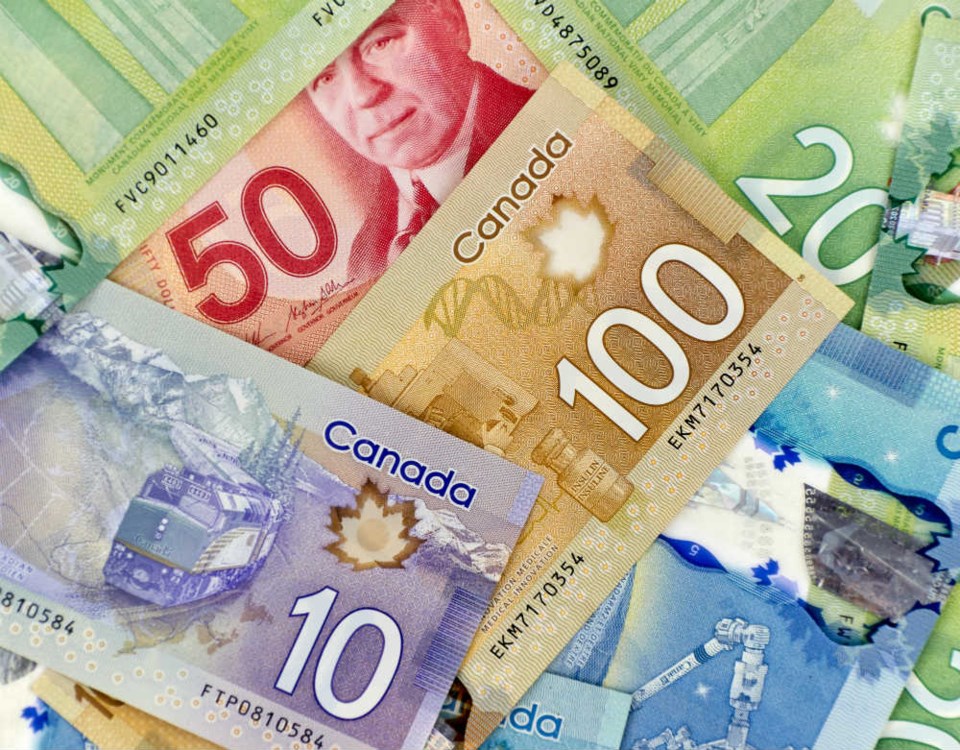 Minimum wage workers in B.C. are getting a raise this Friday.

BC Federation of Labour (BCFED) president Irene Lanzinger says the government's target of raising the minimum wage to $15 will "lift hundreds of workers above the poverty line."

"We would prefer that it happen a bit faster but we're happy that we're on the way to $15 and that workers will get a significant increase tomorrow," she says.

There are 500,000 workers in the province that earn less than $15 an hour and 60 per cent of those low wage workers are women, according to the BCFED. One in seven of these low wage earners holds a university degree, 80 per cent are adults and four out of five work for companies with over 20 employees.

Lazinger acknowledges that a wage hike could lead to higher prices but "it's a few cents of an increase" because the impact will be spread across all customers. "I think it's well worth paying that increase to know that workers are earning a decent wage for the work they do to provide that service or make that product."

Liquor servers will see a minimum wage increase by 12.9 per cent or $1.30 per hour to $11.40 per hour. The government plans to eliminate the separate lower liquor server wage by 2021.

Val Litwin, President and CEO of the BC Chamber of Commerce, says their members support increases to the minimum wage to keep up with the costs of living but adds that eliminating the liquor server wage for employees "creates uncertainty for the restaurant industry."

“Many small businesses and restaurants already operate on slim profit margins and the unexpected news of the phase out of the liquor wage will undoubtedly challenge restaurateurs’ ability to scale and will have an impact on their current staff – front and back of house,” says Litwin.

The BC Chamber's members have called for minimum wage increases to be tied to a predictable formula such as the Consumer Price Index, the assure businesses that they won't face large, unforeseen increases in their labour costs.

Liquor servers are not the only group of workers included in the minimum wage increase.

The provincial government plans to gradually increase the minimum wage every June to reach $15.20 by 2021 acting on recommendations from the Fair Wages Commission. 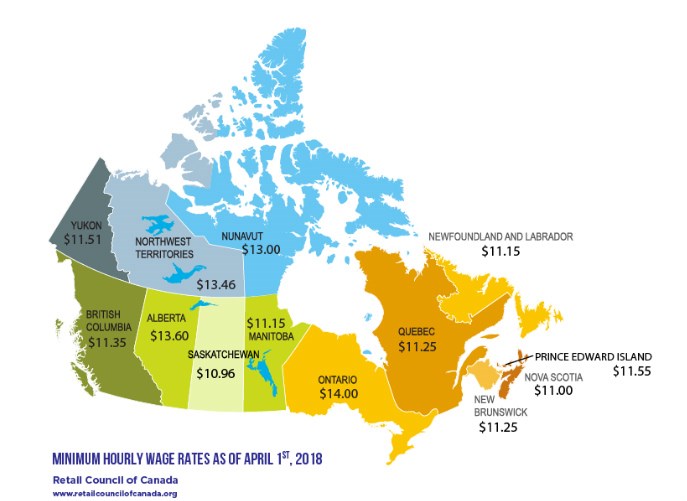 A map showing the minimum wage in each province and territory across Canada. Photo: Retail Council of Canada.