While the global COVID-19 pandemic meant wage loss and layoffs for many, the same can’t be said for British Columbia’s highest-paid executives.
Aug 3, 2021 1:12 PM By: Albert Van Santvoort

While the global COVID-19 pandemic meant wage loss and layoffs for many, the same can’t be said for British Columbia’s highest-paid executives, who reported compensation growth during 2020, according to data collected on Business in Vancouver’s Top 100 Highest-Paid Executives in B.C. list. 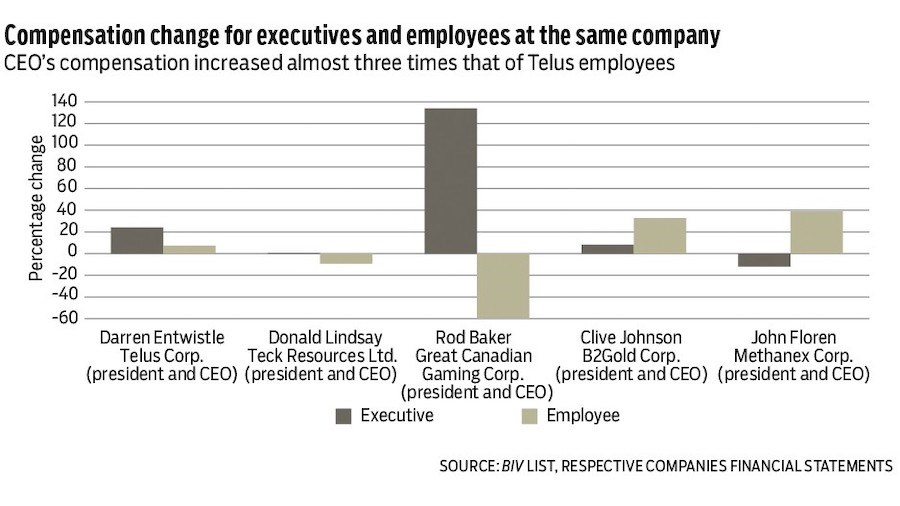 The average one-year compensation growth rate was pulled higher because of outliers like No. 57 Brian Hill, Aritzia’s (TSX:ATZ) founder and CEO, who received a 35,705.8% compensation increase to just above $3 million in 2020 from $8,402 in 2019. Hill received $1.5 million in stock options and share-based compensation in 2020 after taking only a dollar in salary the year before.

Employees, however, did not enjoy the same degree of wage growth. Among five companies with employment expenses delineated on their financial statements, average employee compensation grew 2% compared with the double-digit and higher compensation growth of their companies’ executives. 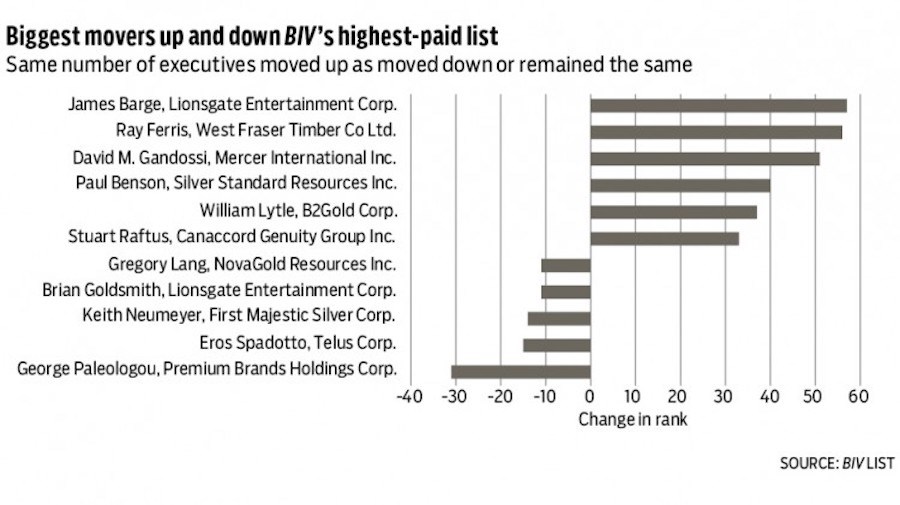 Average employee compensation at Teck Resources Ltd. (NYSE:TECK; TSX:TECK.B) fell 9.3% in 2020 while the average Teck Resources executive on the list with two years of compensation data posted an average increase of 16.9%. The smallest compensation increase for a Teck executive was a 7.3% – for No. 53 Peter Rozee, senior vice-president, commercial and legal affairs. 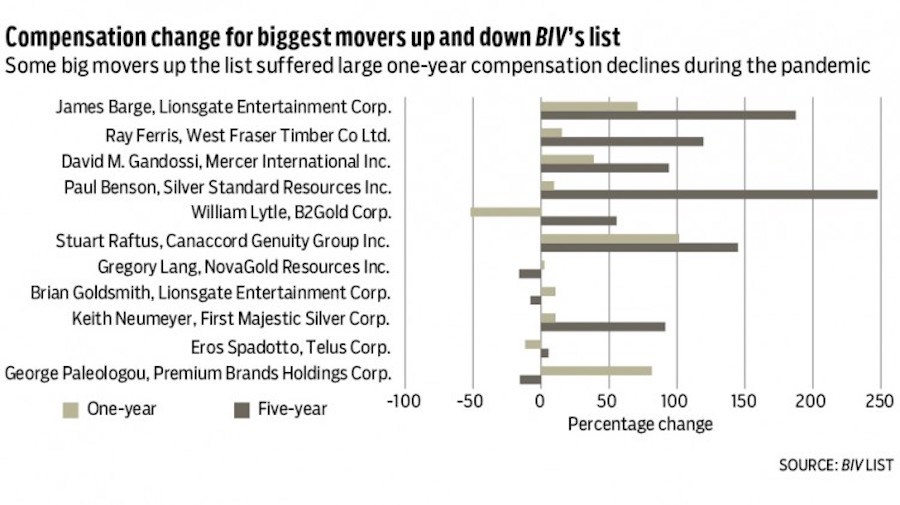 However, of the executives with five years of data available, the same number that moved up the list dropped down or did not move.

No. 55 George Paleologou, Premium Brands (TSX:PBH) president and CEO, suffered the steepest fall on BIV’s list, dropping 31 places from 24th in 2017. Over the past five years, Paleologou’s compensation dropped just 15.6%, suggesting his decline on the list had more to do with the higher compensation increases of others on the list than his reduced compensation.