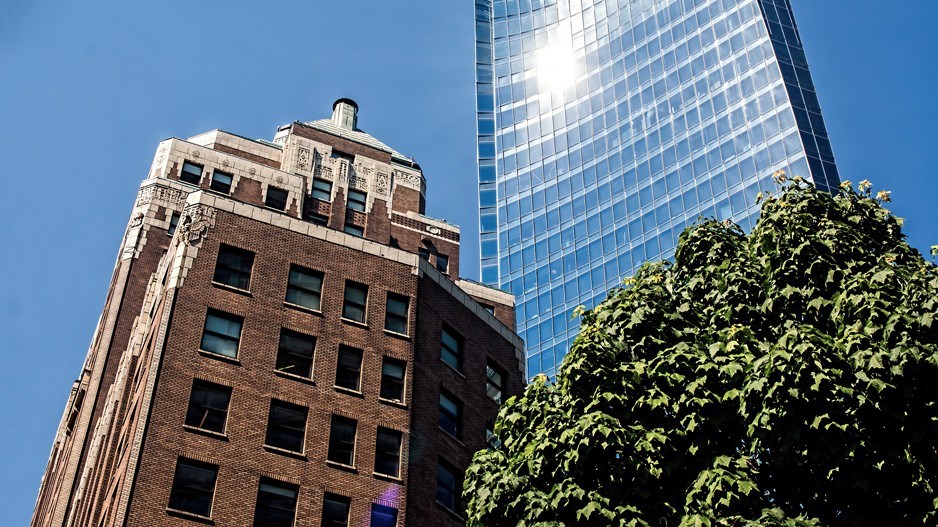 Vancouver's office towers may have a distinctly new feel for employees returning to the workplace for the first time in 18 months.Chung Chow

And after Vancouver’s downtown core was drained of many of its office workers, who have bunkered down in home offices, the city’s glass towers may have a distinctly new feel for the many employees returning to the workplace for the first time in 18 months.

“It’s all predicated on the concept that we’re trying to make people feel safe and comfortable in their surroundings, and get them back into the office.”

“At the end of the day it’s about the war for talent,” said Sheila Botting, Avison Young’s principal and president of Americas professional services.

A May survey from KPMG LLC found 71% of 2,003 Canadian respondents believe a hybrid office should be the standard model for organizations.

Botting said businesses that want to attract and retain top talent will need to accommodate this growing preference among workers, which may in turn lead to smaller physical offices even if a company’s head count hasn’t diminished.

“Across the board, they all have an opportunity to reduce their footprint,” she said. “Then of course that depends on when their leases roll over and how much their current footprint is compared to what the options are in the market.”

Collectively, these six tenant types have taken up more than 11 million square feet of space within the central business district.

“It is difficult to predict if verticality preferences for various tenant types will change in a post-COVID-19 environment,” the report sated, referring to whether particular tenant types prefer being on the top, middle or bottom floors.

“At this time, corporate leaders are attempting to make difficult decisions about how their company will operate going forward and how much physical office space remains part of that equation.”

More drastic changes to the physical layout within downtown workplaces will depend on both a business’ financial situation and the status of the lease, according to Colin Scarlett, executive vice-president with Colliers International Canada.

“When you talk about back to work, people changing their physical space, whether that means more walls, less walls, more furniture, less furniture – there’s a capital cost to it,” he said. “People are being very thorough. They’re preserving capital in this market, for obvious reasons. And then if you have a year or two years left on your lease, it’s not wise to spend tonnes of money on your space because you don’t know if you’re going to stay or not.”

Practical hiring issues may also dictate what the downtown core will feel like depending on the sector. Scarlett said many law firms did not empty out over the course of the pandemic owing to the fact those workplaces feature individual, closed-door offices.

“The perception of risk was lower,” he said, noting this mostly related to the lawyers as opposed to the support staff.

Meanwhile, the tech industry has been on a tear throughout much of the last 12 months, with record venture capital raises and six companies announcing they’ve reached “unicorn” status (a US$1 billion valuation or more) since the start of the year.

“So there’s a lot of my clients who have hired significantly during COVID and don’t have enough desks for people to go back to,” Scarlett said. “If you bring people back and you still have them shoulder to shoulder, I think that the general consensus by most is that you can’t.”

Meanwhile, Vancouver’s office vacancy rate was on the rise during the second quarter, according to a June 23 Colliers report.

And while the city’s vacancy rate grew from 6% to 6.5% quarter over quarter, Vancouver still maintains Canada’s lowest office vacancy rate.

“There absolutely will be a resurgence in the downtown core,” said Scarlett.

While that process will be gradual, he sees fall being a tipping point for when people will be eager to return to downtown office towers, partially driven by a fear of missing out.

“I had my first lunch with some friends and clients about three weeks ago, and it was awesome,” he said. “The lunch was scheduled for an hour and it took two hours because everybody had things to catch up on.”