How to lose money developing a big-city casino in Vancouver

Questions swirl around whether taxpayer money was used wisely in courting the Parq Vancouver entertainment complex development given that project’s financial woes. Yet a look at the process of delivering the city’s biggest casino shows that trusting the word of politicians proved a dangerous gamble for the developer.
0
Jun 4, 2019 1:08 PM By: Western Investor

Questions swirl around whether taxpayer money was used wisely in courting the Parq Vancouver entertainment complex development given that project’s financial woes. Yet a look at the process of delivering the city’s biggest casino shows that trusting the word of politicians proved a dangerous gamble for the developer.

The province rejected a stadium-naming deal that would have netted $35 million for the casino, and the city capped the number of gaming tables at half of what the casino expected. 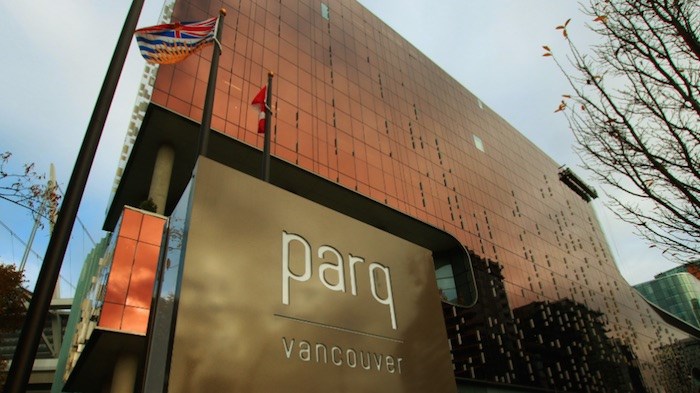 Parq announced May 10 that it has restructured its debt to lower its annual interest payments, which had totalled $112.2 million per year on close to $560 million in debt related to project funding to build the complex, but the company did not reveal too many details of that pact.

It separately revealed that it has brought on a new equity partner, but it did not immediately say what company that is, other than that the partner is “a domestic Canadian company with hospitality holdings in several markets.”

The entire Parq project, however, came into existence thanks to financial help from the publicly owned BC Pavilion Corp. (PavCo) and British Columbia Lottery Corp. (BCLC).

The B.C. government was also separately involved in financing the emerging entertainment district by providing loans to pay for a renovated BC Place stadium with a new retractable roof – a project that totalled $514 million.

The government’s decision to upgrade the stadium was seen as key for the Parq development because the new stadium was envisioned to be a main destination for people who would also visit hotels, restaurants and bars.

Part of the $514 million that PavCo used to renovate BC Place came from a $150 million loan from the B.C. government in the 2010 fiscal year. PavCo planned to use lease payments from the Parq development and funds from a corporate sponsor that would buy naming rights to the stadium to help pay off that debt.

The B.C. government, however, scuttled the only deal for naming rights in 2012 by rejecting a $35 million offer from Telus Corp. because it said the deal was not good for taxpayers.

PavCo’s most recent financial disclosure, for the 2018 fiscal year, showed that its debt to the province stood at more than $140.4 million, following an annual payment of $2.64 million on the loan and $4.64 million toward interest.

PavCo has not made a serious dent in its debt to the government partly because it is generating much less income from its land lease to help pay off the debt than was originally expected.

PavCo first signed a 70-year lease with Paragon Gaming, which conceived of the Parq development, and it announced that agreement in early 2010. Paragon later partnered with Dundee Corp. and PBC Group to create Parq Holdings.

Paragon’s agreed terms in the lease included building and operating an entertainment complex and paying PavCo $6 million per year to use the land.

Paragon expected Vancouver city council to approve Paragon’s request to expand Edgewater Casino’s number of slot machines to 1,500 from 600, and tables to 150 from 75, when it moved the casino into the new development.

However, while council agreed in April 2011 to allow Edgewater to move to the new development, it unanimously rejected any expansion of operations.

To keep the Parq project on track, PavCo in 2013 renegotiated the 70-year lease that it had with Paragon and allowed Paragon to pay $3 million per year, or half of the originally agreed-upon sum, with the lease rate rising with inflation after 2027.

PavCo also signed a side deal to allow Paragon to pay $8.5 million of the first $9 million in lease payments to the Musqueam Indian Band, instead of PavCo, as part of a reconciliation effort with Indigenous people.

Cutting Paragon’s lease rate in half was controversial.

“If you have a bidder who cannot complete on the terms of the agreement, you put it out for bid again – put it out for highest and best use,” said Sandy Garossino, who led the campaign to prevent Edgewater from expanding. PavCo executives, however, are unwavering in the belief that it was a good deal.

“PavCo expects to receive more in lease revenue from the site than it would from a one-time sale,” the company told Business in Vancouver in an email.