It's our 5th anniversary with @ThePeak today!

5 years ago to the day I recorded Vancouver Is Awesome's very first feature to be aired on a new radio station that I was - and still am - really excited about.
0
May 21, 2014 9:13 AM By: Bob Kronbauer

5 years ago to the day I recorded Vancouver Is Awesome's very first feature to be aired on a new radio station that I was - and still am - really excited about. We had launched this blog a little more than a year previous and Tamara Stanners, who was heading up this groundbreaking new station, reached out saying something to the effect of "We like you guys. Let's work together!". I went in for a meeting with her their music director, James Sutton, and we ended up launching a weekly feature that I pre-recorded with one of their producers, Dan Motut. Dan taught me a lot about speaking on this new medium that I had absolutely no experience with and a couple of years in we decided to go live with the feature instead of recording. "One Awesome Thing" is on air at 102.7 FM every Friday around 9:30AM. 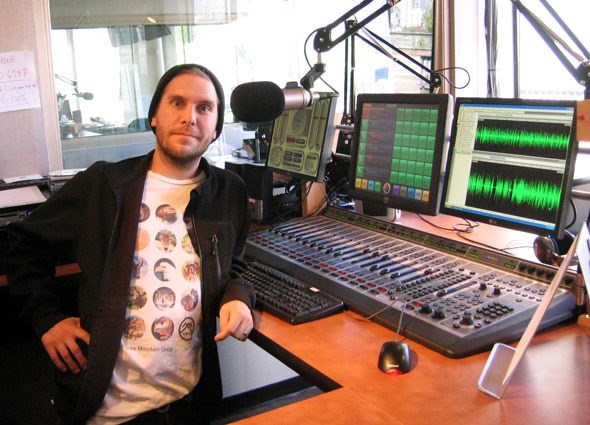 With their Peak Performance Project every year they're committed to taking the next musicians you'll hear on air to school. What's billed as a contest where BC recording artists compete for money and other assistance is basically a crash course for all of the bands, even the ones who don't walk away with a cheque. I've been introduced to many bands that have become my favourites through this project and the station in general, and I imagine that a lot of our readers might not have heard about us if not for hearing my voice on their station sharing awesome stuff.

Today, on this 5th anniversary of us working together, we salute The Peak, their absolute awesomeness, and all that they contribute to this city!