Once the Canada Revenue Agency (CRA), Ticketfly LLC, bankruptcy advisers and lawyers all take their cut, local businesses will likely get pennies for every dollar they were owed when the Pemberton Music Festival declared bankruptcy last year.
Nov 6, 2018 3:56 PM By: Hayley Woodin

Once the Canada Revenue Agency (CRA), Ticketfly LLC, bankruptcy advisers and lawyers all take their cut, local businesses will likely get pennies for every dollar they were owed when the Pemberton Music Festival declared bankruptcy last year. 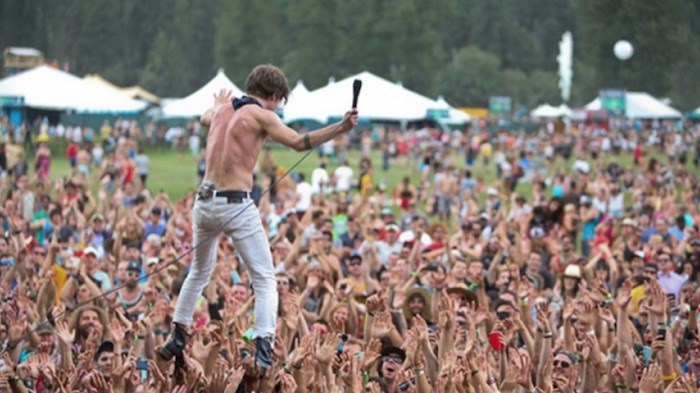 The Pemberton Music Festival held its last event in 2016 before declaring bankruptcy the following year, with more than $16.7 million owing to secured and unsecured creditors (Photo submitted)

Rai, who represents creditors as one of four bankruptcy inspectors, says the best-case scenario will be businesses getting $0.04 for every $1 owed. With two legal matters still outstanding, it is still possible they will get nothing.

“Imagine getting four bucks for your hundred-dollar ticket,” said Rai, whose company is owed nearly $140,000 for services provided during the 2016 festival.

As of now, Rai expects to receive about $5,000 once the matter finally settles. The writeoff he took amounted to more than 25% of his annual profits.

“I need the money more than I need the writeoff,” he said.

At the time of bankruptcy, the Pemberton Music Festival Limited Partnership (PMFLP) had a little over $6.6 million in assets and more than $16.7 million owing to secured and unsecured creditors.

Among the 120 unsecured creditors were ticket holders, who were owed more than $8.2 million. Consumers who purchased tickets via credit card have been able to receive reimbursements from their credit card companies.

“Where there’s exposure to something not happening in the future, your credit card is your protection,” said Kevin Brennan, senior vice-president at EY and the case’s trustee. “It’s a good lesson learned.”

It’s a different scenario for the dozens of businesses that are registered as unsecured creditors. Brennan said the amount they will receive has yet to be determined. Two outstanding legal issues and two materially significant financial ones have yet to be resolved and will ultimately determine how much money is left over.

“It’s totally insane to me that they even continued past Year 2,” said Chris Ball, a principal of Promosa Management Inc., which is owed more than $13,000.

In 2017, bankruptcy documents revealed the festival had lost $47 million over three years.

“Anybody who is a repeat supplier of the festival was aware that their financial controls weren’t that great, so we were walking into it with our eyes open,” said Ball, who also represents creditors as an inspector. He added that the money owed to Promosa is just a fraction of its overall bill, which it had asked be paid in advance.

Lewis Neilson of Production Power Corp. had about a third of his $80,000 bill paid by PMFLP. He said the $50,000-plus writeoff his company took wasn’t a big hit, but it doesn’t recoup the equipment and time tied up on a job that didn’t make the company any money.

“They sort of story you along,” said Neilson, who explained that the festival kept Production Power and a caterer around for five days after the 2016 event ended to supply services to staff. “They storied us along even further to get more services out of us and then sort of sneaked away in the night.”

Brennan is hopeful that the legal issues surrounding the case will be settled in December. If they are, the matter could be resolved entirely in the first quarter of next year.

At the heart of the issue is a legal battle between EY and the U.S. ticketing company Ticketfly, which has paid $7.9 million to the credit card companies that reimbursed ticket holders.

In January 2018, the BC Supreme Court dismissed Ticketfly’s claim that it was entitled to attempt to recover costs from the trustee, which had previously rejected Ticketfly’s attempts to do so. A second court ruling in August set aside the earlier decision and allowed Ticketfly to proceed with its attempts to recover funds.

However, two BC Court of Appeal cases are still outstanding: one initiated by the trustee after the second court ruling, and one launched by Pandora Media Inc. (NYSE:P), which owned Ticketfly at the time.

According to Brennan, the CRA, which was owed more than $1.6 million by PMFLP, has made a claim for a substantial amount of the funds. The trustee is also trying to get a number of artist deposits back.

“That creates us a bit of a headache with CRA to resolve,” said Brennan, who explained that U.S. artist deposits should have been subject to withholding requirements, and recipients were obligated to file Canadian returns.

He would like to see the legal issues resolved out of court to save money. And while the final compensation figures have yet to be tallied, millions of dollars to Ticketfly and the CRA – plus tens of thousands in trustee and legal fees – won’t likely leave much for businesses.

“I think it’s just a garbage deal,” said Rai, who believes the festival was mismanaged.

A day or two before PMFLP declared bankruptcy nearly 18 months ago, Rai said, he was told by the company to pick up a cheque for what he was owed. When he arrived, it wasn’t ready.

Rai said he plans on approaching Amanda Girling and Jim Dales, who were local investors in the festival, and who authorized the execution of an assignment in bankruptcy, along with Huka Entertainment representative Stephane Lescure.

“I don’t have a leg to stand on, but I’m going to explain to them that ‘Look, this is a pretty shady thing you guys did here,’” he said. “‘I guess you’re not responsible – but you are. You’re part of the Vancouver community.’”