It’s bottling season for Richmond-based Fraser Sun Winery, and this year, the family-run operation is packaging its largest batch ever.
0
May 10, 2019 1:29 PM By: Alyse Kotyk 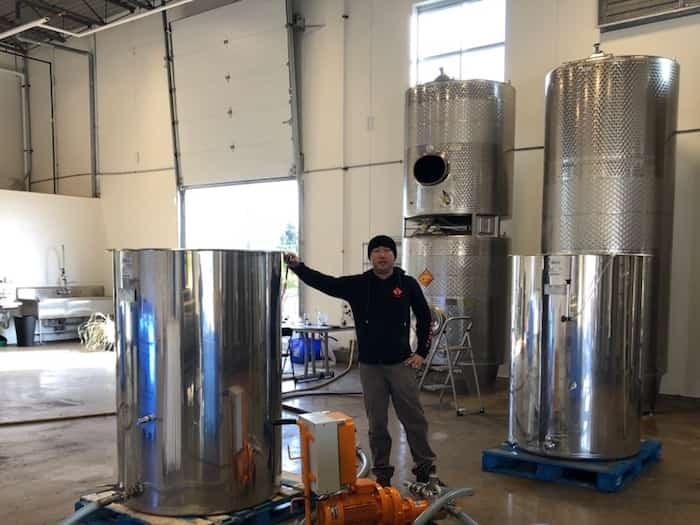 It’s bottling season for Richmond-based Fraser Sun Winery, and this year, the family-run operation is packaging its largest batch ever.

Frank Shang came to Canada with his family in 2001 and quickly put his love of plants and trees to use by starting a now-thriving landscaping business. Approximately two years ago, however, Shang decided to take that passion one step further and began learning how to make blueberry wine.

Last year, after receiving his manufacturing license, Shang had his first successful harvest of 10 acres of his own, organic blueberries. Along with another 10 acres of berries from his neighbour, Shang was able to ferment 30,000 litres of the local fruit.

“We worked really hard throughout the whole summer. Me, employees, my family, we collected and sorted all the blueberries and put it into the bins for fermentation,” Shang told the Richmond News.

“We’re going to be packaging everything in a couple of months.”

Shang’s winery is certainly a family-run business. Shang’s wife’s grandfather worked in the alcohol industry his whole life in Harbin, China and now, Shang’s children are even learning some tricks of the trade at the winery.

“We all work together,” Shang said. 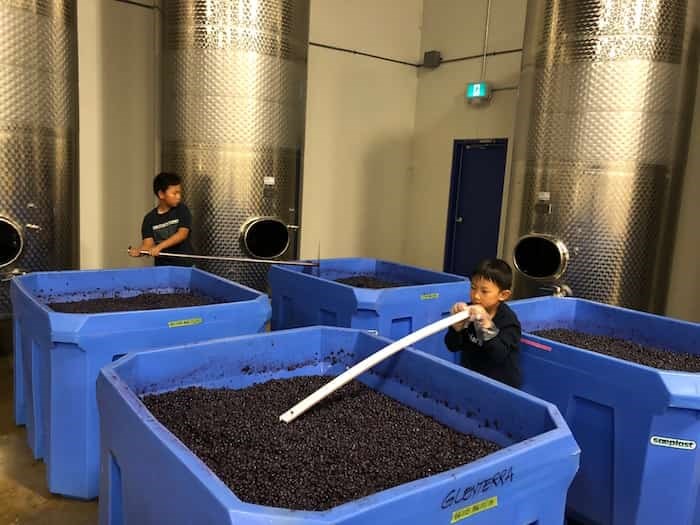 Richmond-based Fraser Sun Winery is a family-run business and owner Frank Shang says his sons have already started to learn some tricks of the winery trade. Photo: Submitted by Shang

Shang also recently got a licence for a tasting room, which he hopes to open before the summer to allow customers to taste his three different blends. However, those interested in tasting his wines before then can call for a private appointment.

While most of the wine has been pre-sold to a distributer in China, five to 10 per cent of the batch – the whole of which will be around 50,000 bottles – will be sold here in Richmond.

This summer, however, Shang hopes to harvest even more berries for an even bigger season next year.

“Last year we only did one time of fermentation,” he said. “This year we’ll probably do three to four times…we’re going to make probably over 100,000 litres this year.”

With files from Philip Raphael