Richmondite launches petition to replace local Starbucks, a month after she tried to save it

Richmondite Vicki Morell is already fed up looking at the empty unit in Terra Nova after two weeks
Feb 17, 2021 2:00 PM By: Nono Shen 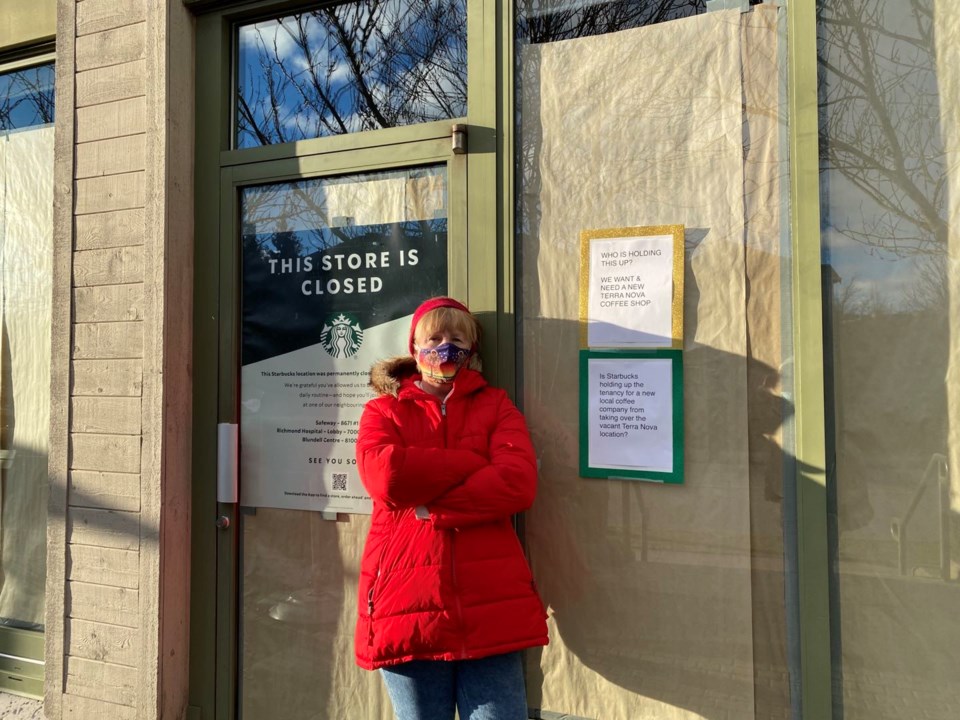 Vicki Morell is asking fellow Richmondites in her neighbourhood to sign the petition to demand Starbucks vacate the Terra Nova store – which closed Feb. 1. Photo by Nono Shen

The Richmond resident who fought to keep her local Starbucks open has now launched a petition to have the now closed coffee shop replaced.

Vicki Morell is asking fellow Richmondites in her neighbourhood to sign the petition demanding Starbucks vacate the Terra Nova store – which closed Feb. 1 – and allow a new coffee shop to move in.

The shuttering of the shop – one of more than 300 Starbucks permanently closed nationwide recently – has left a “depressing eyesore,” said Morell, adding that she has been eager to see another mom-and-pop shop move in to take over the vacant spot.

“We need and want another Terra Nova coffee shop," said Morell, who started a petition on Change.org to beg for another store to move in soon. The petition has received 96 signatures so far.

Morell has written multiple letters to the coffee giant’s headquarters and the shopping centre’s Toronto-based landlord, First Capital Realty, to ask why the shop remains vacant. She’s yet to receive a reply.

"You can just sit alone on the outdoor patio surrounded by other customers, and then you will be friends with them after a cup of coffee,” said Morell.

“Many people come here with dogs. It’s a close-knit community and we all know each other.”

The Richmond News has reached out to Starbucks and First Capital Realty, but haven't heard back.