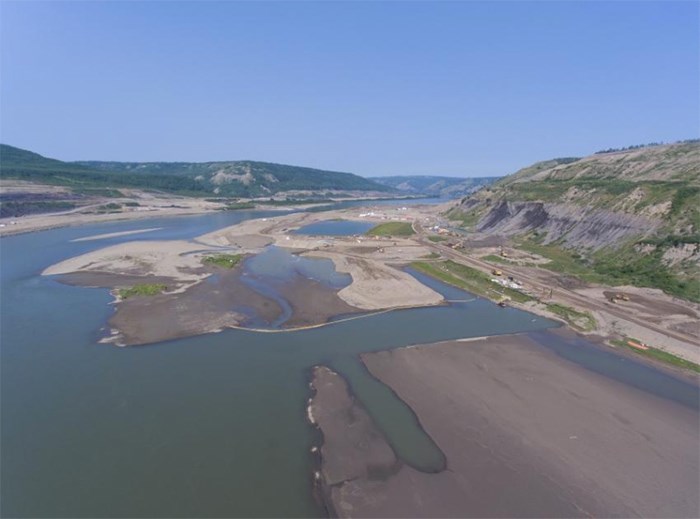 Aerial view of Site C construction in July 2017. Photo By BC Hydro

Roughly two hundred workers were laid off from the Site C dam this week as the project's main contractor plans to stop unknown portions of work on both sides of the Peace River heading into the winter.

BC Hydro confirmed the layoffs this afternoon.

The layoffs come as Peace River Hydro Partners (PRHP), the dam's main civil works contractor, is stopping "some work" on both sides of the Peace River over the winter, BC Hydro spokesman Dave Conway said.

"While seasonal worker fluctuations are normal in a construction project, in this case we believe this work can continue into the late fall and early winter, and we are encouraging PRHP to re-examine their decision to layoff these workers," Conway wrote in an email.

"We will continue to work closely with our contractor on the construction schedule to find ways to mitigate these layoffs over the winter so work can continue."

Conway did not provide specifics on the work being stopped, and could not be reached to respond to follow up questions on the stoppage and whether it puts the project at risk of missing any construction milestones.

A request for comment to Peace River Hydro Partners was deferred to BC Hydro.

BC Hydro reported 2,549 workers were employed on the project in July. Nearly 200 PRHP workers were also let go in July.

Construction on the project began in summer 2015.

This is a developing story.