Vancouver taxis partner with Kater ahead of ride-hailing introduction 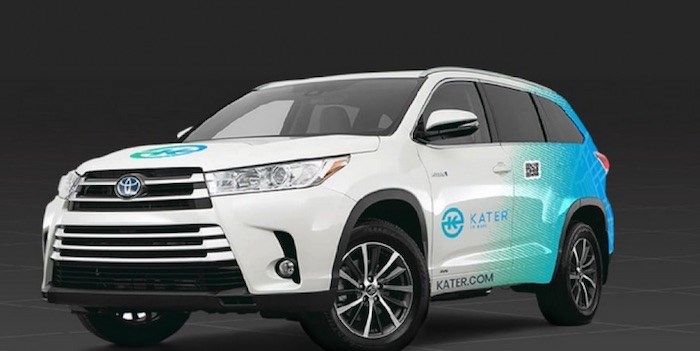 The B.C. Ministry of Transportation and Infrastructure says the Vancouver Taxi Association (VTA) has recently entered an agreement with Kater Technologies Inc. to use the latter’s app in “some taxis” in the region.

Kater bills itself as a ride-hailing app currently in beta testing that would charge a base fare of $3.20 plus 55 cents per minute or else $1.84 per kilometre.

“The Ministry, through the Passenger Transportation Branch [PTB], is taking steps to ensure that all current provincial and licensing requirements are met including a regular, government approved safety inspection of the vehicles, insurance that will cover the carrying of paying passengers and compliance with licence boundaries and other requirements until the fall of 2019 when new regulations will come into force that will allow ride-hailing companies to enter the market,” the Ministry of Transportation said in a January 8 statement to Business in Vancouver.

The provincial government announced in November it planned to have insurance products ready for ride-hailing services by fall 2019, paving the way for companies like Lyft and Uber to successfully enter B.C.

But B.C. Transportation Minister Claire Trevena would not commit to a firm date for when ride-hailing services would likely arrive.

“As soon as ICBC gets that product in place, we’ll be able to move on that and then it’s a part of how quickly PTB can move,” Trevena said at the time.

“We are working as quickly as we can. We were left with problems at ICBC.”

It’s unknown how long it will take the cabinet-appointed PTB to approve any applications but the government said legislation should allow ride-hailing companies to enter the B.C. market later this year.

VTA spokeswoman Carolyn Bauer did not immediately reply to a phone call from BIV (an outgoing voicemail message stated she was out of the office until January 15).

Kater representatives did not respond to a message from BIV.