All three of Canada's major telcos have now backed off using Huawei equipment amid an increasingly untenable political atmosphere
Jun 2, 2020 11:35 AM By: Tyler Orton 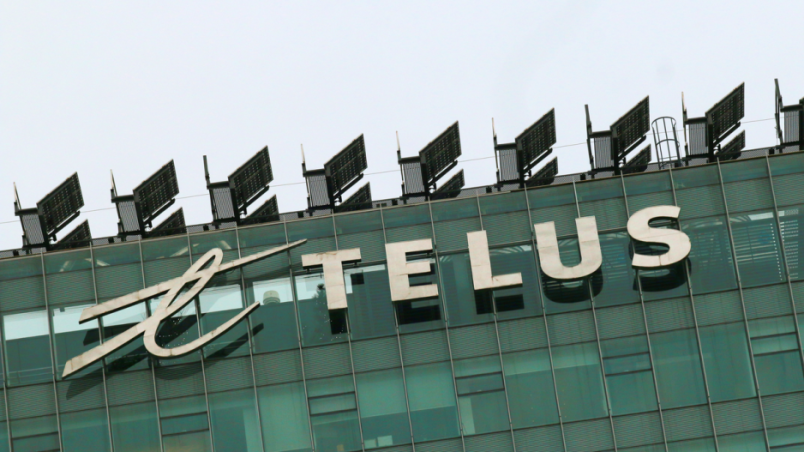 What happened: Vancouver telecom giant Telus says it will use Nokia's and Ericsson’s 5G equipment for its network

Why it matters: All three of Canada's major telcos have now backed off using Huawei equipment amid an increasingly untenable political atmosphere

The company is now jumping on board with Bell Canada [(BCE Inc.) TSX:BCE] and Rogers Communications Inc. (TSX:RCI.B), opting for two much less-controversial choices to provide 5G equipment.

Telus’s decision to go with Ericsson and Nokia Corp. (HEL:NOKIA) was revealed just a few hours after Bell announced it had signed on with Ericsson.

The two telcos had long been investing in Huawei’s equipment for developing 5G infrastructure, while Rogers had already been matched with Ericsson.

Telus CFO Doug French had told the Financial Post in February his company was still planning to roll out Huawei’s 5G gear by the end of 2020, even amid ongoing espionage concerns.

Ottawa is in the midst of conducting a security review of Huawei as political pressure mounts on Canada from intelligence allies including the U.S., New Zealand and Australia.

In a February 2019 filing, Telus cautioned investors over potential delays and financial fallout if the federal government were to nix Huawei’s 5G technology.

“A decision prohibiting the deployment of Huawei technology without compensation or other accommodations being made by the Government of Canada could have a material, non-recurring, incremental increase in the cost of Telus’ 5G network deployment and, potentially, the timing of such deployment,” the company stated.

That is to say, if Huawei 5G equipment and software were to be banned in Canada over security concerns, Telus would likely seek compensation for the money and resources poured into this deployment before the Chinese company was made off limits.

But since Ottawa has not banned Huawei, it looks unlikely Telus will seek money from government coffers amid the pandemic.

Business in Vancouver reached out to Telus but did not receive a reply back prior to publication.

“The important thing is that the [policy-makers] and regulators do everything they can to ensure that those service providers have the ability and the tools and the assets they need to be able to deploy their network in the time frame they deem necessary,” Jason Elliott, 5G market development manager for Nokia, told BIV last September.

“The rest of the world right now is moving very fast on 5G. We see deployments happening obviously in the United States, in Europe and in Asia – certainly in [South] Korea,” he said, adding those first markets are gaining an advantage over Canada.

The U.K. made an about-face last week, revealing it was reassessing its previous position that would allow some of Huawei’s 5G equipment into networks currently being developed.

Intelligence allies have been wary of Huawei over the years, with the U.S. repeatedly warning that the Chinese company is vulnerable to orders from Beijing to provide its own security apparatus with sensitive data transmitted over Huawei’s 5G equipment.

Canada, meanwhile, has found itself caught in a political hot potato, facing pressure from its allies as well as China following the arrest of Huawei CFO Meng Wanzhou and Vancouver International Airport in December 2019.

Beijing has repeatedly called on Ottawa to release Meng, who is in the midst of an extradition process to the U.S. — the reason for her arrest in Vancouver.

Meng last week lost a decision in the case surrounding the issue of double criminality — that is, whether the crimes she is accused of in the U.S. constitute crimes in Canada.

Ericsson currently has 93 commercial 5G agreements or contracts with different service providers across the globe, the company said.

So far, 50 of those deals have been publicly announced.

The company also currently has 40 live 5G networks in 22 countries.​​