The stars align for Hope in Shadows, TELUS and V.I.A.

Something really incredible happened this week, a real "stars aligning" moment between what we're doing at V.I.A. and what one of our community sponsors, TELUS, is doing on their charitable side.
0
Dec 20, 2012 3:55 PM By: Bob Kronbauer

Something really incredible happened this week, a real "stars aligning" moment between what we're doing at V.I.A. and what one of our community sponsors, TELUS, is doing on their charitable side. It's a bit of a long and windy story, so I'll start with reminding you of the fact that Monday was Megaphone Appreciation Day in Vancouver. We joined Mayor Gregor and others early in the week in support of this street paper that's sold by homeless and low-income vendors. We gathered with other Megaphone supporters and vendors at Broadway and Cambie street where Gregor read the official proclamation of the day, then we handed out flyers and spread the word of Megaphone and its awesomeness.

HERE is the piece on that, and below is a photo of our Mayor talking with one of Megaphone's vendors, Peter. 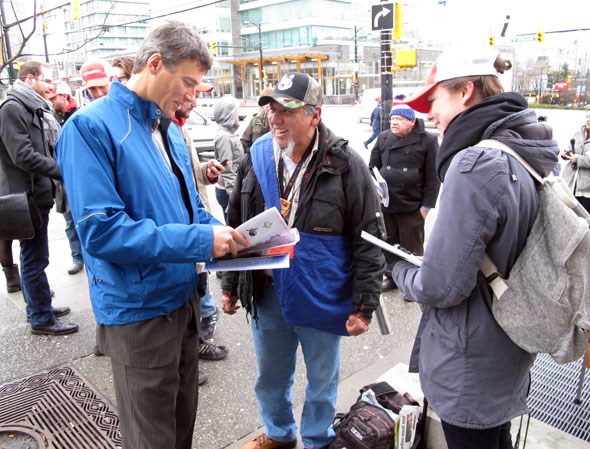 Peter sells copies of Megaphone on a corner downtown and when I talked to him on Megaphone Appreciation Day I told him I'd stop and buy a copy off of him the next time I saw him. Our office is downtown and I imagined I would see him one of these days but I didn't expect it'd be so soon; just yesterday our friends at TELUS sent me the news that they had announced the winner of the $20,000 donation from WE Day, and the charity that was awarded the money thanks to two youth who pitched it was Hope In Shadows... and Peter is featured in their video about the cause as he also sells their calendar! 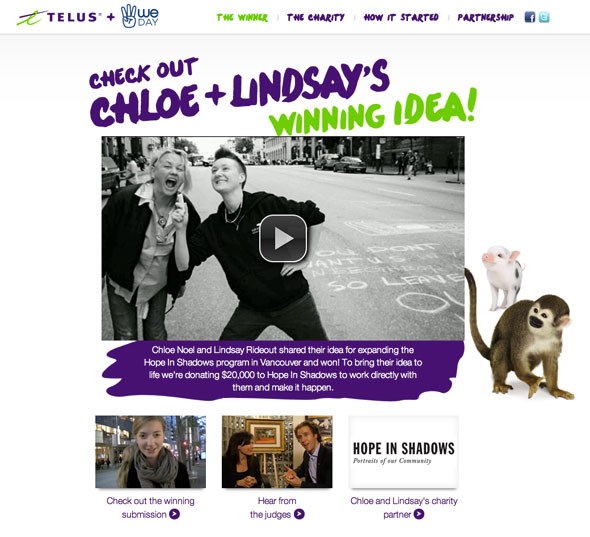 To add a whole other level of aligning stars to the story, as I was walking back to the office from a meeting this afternoon I ran into Peter, AND HE WAS SELLING HOPE IN SHADOWS CALENDARS! And of course I bought one of of him, then snapped this photo. 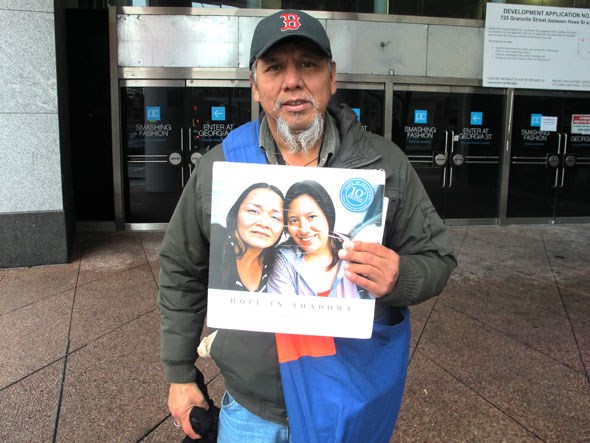 You can learn all about Hope In Shadows and how and why TELUS is giving them $20,000 through a series of videos RIGHT HERE. And if you see Peter on the corner of Howe and Robson be sure to buy a calendar off of him.