Mike Howell
Aug 23, 2021 12:52 PM
Former owners of properties being redeveloped to build the Mount Pleasant subway station in Vancouver are suing a Crown corporation of the B.C. government in an attempt to win further compensation for land they gave up so the project could proceed.

Broadway Main Investments Ltd. and Choo Brothers Investments Ltd., which are owned by two brothers, along with 2501 Main Street Holdings Ltd. all filed claims in B.C. Supreme Court this summer against the B.C. Transportation Financing Authority.

The claims concern five properties at or near the southwest corner of Main and Broadway, where Tim Hortons and adjacent businesses that included Verdura Salads, Noodle Box, Rosemary Rocksalt Bagels and La Taqueria Taco Shop used to operate.

All buildings have been demolished to prepare the site for the Mount Pleasant station, which is one of six new underground stations being built to accommodate the 5.7-kilometre extension of the Millennium Line.

The claim with the most money tied to it — almost $14 million — is a joint action from Broadway Main Investments Ltd. and Choo Brothers Investments Ltd. for a property at 2509 Main St. and three parcels contiguous to it on Broadway.

Erik Choo and Brian Choo are the directors and “operating minds” of both companies, the shareholding of which is held through family companies and trusts, according to the claim filed in court July 21.

The claim indicates a cheque for $13,740,000 was paid on Aug. 14, 2020 to Broadway Main Investments. But the company says in the document that it is “not adequate compensation” when considering what it could have received in the market for an assembly of its four pieces of land.

“The acquisition of the land has resulted in the loss in value associated with the enhanced market arising out of the assembly for development of the land and the contiguous lands, which loss has been suffered by the plaintiffs,” the claim said.

In a separate claim filed Aug. 11, 2501 Main Street Holdings Ltd. makes a similar argument, saying the $4,265,000 cheque it received Aug. 21, 2020 for its property on the southwest corner of Main and Broadway was “less than the market value of the land and the required compensation under the Expropriation Act.”

Harvey Yen is listed as the president and director of the holding company.

Lawyer Ted Hanman is acting on behalf of both property owners at Main and Broadway. Hanman said the main argument put forward by his clients is that they see opportunity to negotiate potential redevelopment of the space "in and around and over" the Mount Pleasant station.

That would mean reacquiring the properties as part of a final settlement, he said, noting the station will not occupy the entire five properties when completed and there is room on the Main Street side for footings for redevelopment.

"These landowners were not holding the land for a Tim Hortons, they were holding it because they expected they would be able to build," he said, noting his clients don't have specific plans for redevelopment. "They're not even dreaming about that. They're simply looking for the ability to reacquire those interests.

Added Hanman: "I'm pretty confident the City of Vancouver would not be happy to have that area left dead. The layout of the station was specifically done to permit cantilevering over the building. So that's already been designed into the station."

The B.C. Ministry of Transportation and Infrastructure said in an email that it wouldn’t comment on specific cases before the courts. But the ministry emphasized it did not expropriate any property for the subway project, with all acquired rights reached by consensual agreement under section 3 of the Expropriation Act.

“As with all our projects, any property purchases are made in compliance with legislation and at market value,” said the ministry, noting the government’s authority to acquire land derives from the Transportation Act, with processes and “compensation regime” outlined in the Expropriation Act.

“This Act provides the ability, by agreement, to allow the transfer of the property to the project to happen early, but also provides extended time for both parties to quantify the appropriate amount of compensation and resolve matters.”

Under a section 3 agreement, which all parties involved in the cases in question agreed to, the government pays the owner an advanced payment “which represents the compensation that can be quantified at the time,” the ministry said.

An owner then has one year after the advance payment is made to file a civil claim, which preserves an owner’s right to continue to determine compensation — which is what lawyer Evan Cooke did on behalf of his clients, 396 East 2nd Avenue Holdings Ltd. 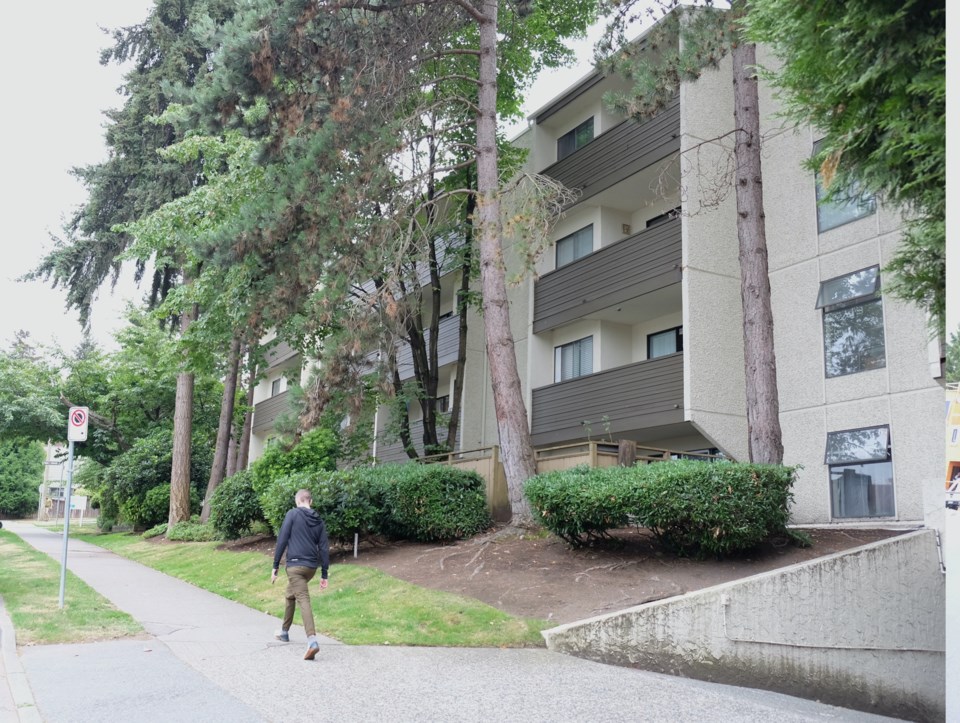 The claim concerns the government requiring land under The Brunswick apartment building at 396 East 2nd Avenue for tunnelling purposes. An advanced payment of $461,000 was paid to the owners Sept. 17, 2020.

“As of the filing of the notice of civil claim, the project had not yet commenced on the subject property, and the full physical and financial impacts of the project and the loss of the expropriated rights were not yet fully known,” the claim said.

The Brunswick is a 53-unit, four-storey apartment building built in the late 1970s. It is located just south of Great Northern Way, behind St. Francis Xavier school. The property is a short walk from what will be the Great Northern Way-Emily Carr station.

A government map of the subway route shows the tunnel will descend from Main and Broadway and run under Brunswick Street, which is located on the west side of the apartment building.

In an interview last week, Cooke said he understood there were no immediate plans to redevelop The Brunswick, but noted any future redevelopment could affect construction of a deep underground parkade.

There could also be restrictions about what the owners could develop on the surface of the property, knowing a subway was running underneath the land, he said.

He said he filed a claim July 15 to meet the one-year limitation set out in the Expropriation Act. So basically, Cooke added, “it’s just like a foot in the door to make sure that the owners’ rights are protected.”

“There’s really no strategic benefit to an owner rushing ahead to resolve a claim where it’s a partial taking of their land because what you’re left with may be impacted from a market value standpoint, but also there could be physical damage to the land,” he said.

Cooke said he recently resolved two cases by consent with property owners along the subway’s path. Aside from the claims filed related to the Mount Pleasant station, he said he wasn’t aware of any other legal fights over the subway, although he anticipated more to come.

“I don’t know what the percentage is along Broadway, but I have no doubt there are a handful of property owners who have claimed, and then there would also be tenants potentially who would have claims,” he said.

In an unrelated case to the subway project last year, Cooke acted on behalf of the Sahota family in a settlement the City of Vancouver negotiated to obtain the Balmoral and Regent hotels in the Downtown Eastside. No price was released by the city, with Glacier Media still waiting for a response to a request made last year under the Freedom of Information and Protection of Privacy Act for details of the agreement.

The SkyTrain project will run above ground along the False Creek Flats from the existing VCC-Clark station to a tunnel portal near Great Northern Way. The train cars will then run in a five-kilometre tunnel up to Broadway and Main and then out to Arbutus Street.

Note: This story has been updated since first posted to add the comments of lawyer Ted Hanman, who was unavailable at the time of the initial post.