Vancouver Was Awesome - The Pigs of Save On Meats

Photo courtesy of Christian Dahlberg. When asked why he thinks that Vancouverites are suddenly so nostalgic about neon signs, vancouverneon.com curator Christian Dahlberg replies "It's simple.
Jun 22, 2011 12:20 PM By: Jessica O'Neill 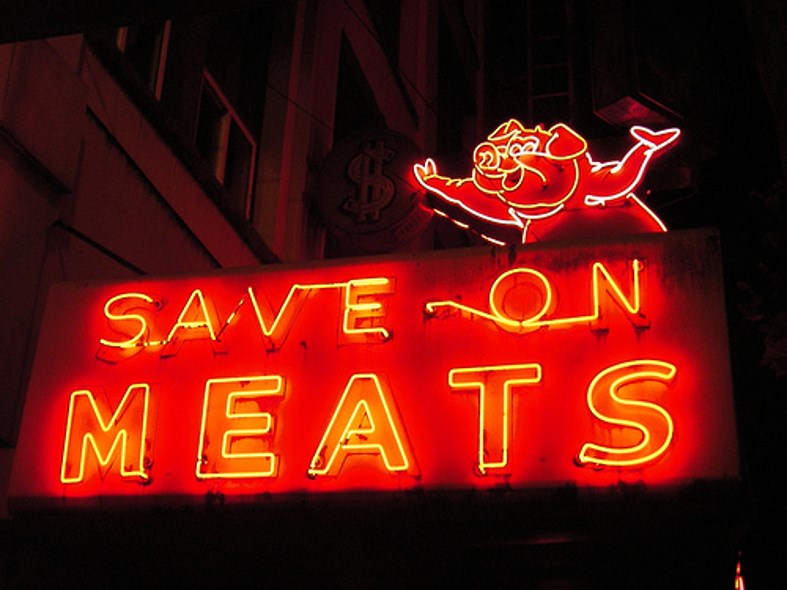 When asked why he thinks that Vancouverites are suddenly so nostalgic about neon signs, vancouverneon.com curator Christian Dahlberg replies "It's simple. Neon reminds us of a time when the local shopkeeper knew your name, when the same mom and pop business had been in your neighbourhood for 30 years and watched your kids grow up. It reminds us of the good old days before the big box retail moved in."

No iconic Vancouver sign more accurately fits into this theory than Save On Meats, located at 43 West Hastings. Like most people who grew up  up in the lower mainland, for me trips downtown were always punctuated with the sight of the flying pigs. "Al makes a helluva burger," my grandfather would say as we passed the riot of shiny pink tubing on our way to Woodward's or the Bay.

Al Des Lauriers opened up the butcher shop/lunch counter in 1957 at a time when Vancouver was one of the world's great neon cities, with over 19,000 of the signs blanketing the city (1 for every 200 people!) Local historian John Atkin theorizes that the signs were especially popular here because they looked so great in the rain, as their reflection bounced off of water slicked streets and lent a rainbow of colour to the otherwise grey skies. Save On Meats certainly added to that rainbow. 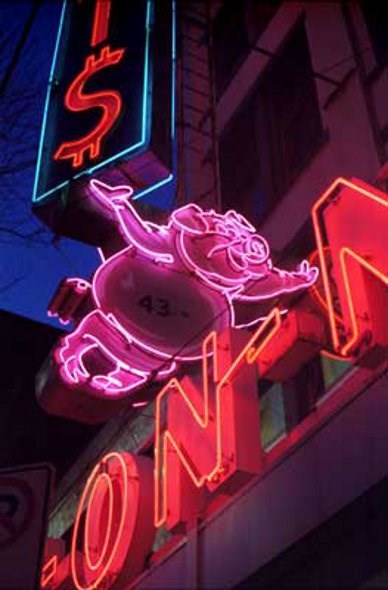 A riot of movement and colour.

Al knew his business well - and aside from his prowess butchering sides of beef, slicing tripe and hewing bone his crowning achievement as a business owner may well have been commissioning that famous sign, one of the last large marquee signs left on a street once lined with them. He chose to work with Wallace Neon, and it was their art director Frank Dunlap who designed the sign, providing a blueprint to a team of blowers and benders who got it just right.

Right it was. A stand out on a street that included a beloved seahorse, a swinging little girl and a huge twirling W, Save On Meats' sign has delighted generations of Vancouverites. But a sign alone cannot keep a business afloat, and for the 52 years that Al manned the meat counter and knew his customers by name. He was legendary in the Downtown Eastside (DTES) for being a good guy, an honest businessman and yes - maker of a damn fine burger. But by 2009 the DTES was simply not where most folks were heading to buy their briskets and their chops and at the age of 77 Al closed the doors for good.

Rumours swirled in the city - what would happen to the shop? What would happen to those pigs? Despite the fact that Al could have sold to condo developments or to investment companies for a pretty penny he held his ground and refused, wanting someone who would vow to use the building for the food industry. Lucky for him - and us - along came Mark Brand. 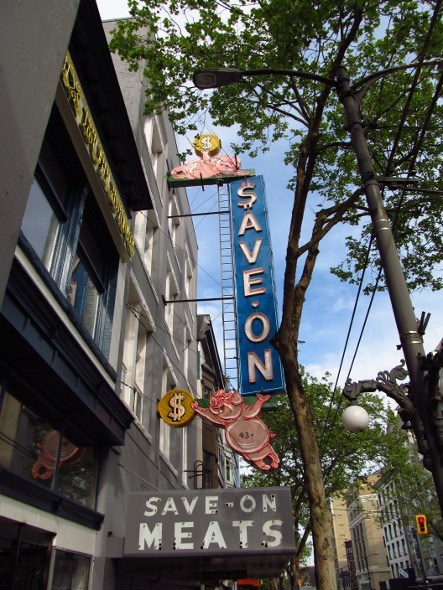 The local restauranteur, who already has Sea Monstr Sushi and Boneta under his belt, claims to love the Downtown Eastside more than anywhere else in the city. He was able to put together a proposal that made Al smile and agree to sell - the new Save On Meats will include a take-out window, a cafe and a butcher shop and is a partnership with the VanCity Resilience Fund. It is creating a huge buzz about town.

Mark explains that the project is not simply about profit - it is about revitalizing the neighbourhood that he loves. The entire basement has been allocated to local urban farming organization SOLEfood and will be staffed by DTES residents, and where, conveniently, the restaurant will purchase most of its produce.Menu items from the take-out window won't break locals' banks, either, with food items starting at a dollar fifty.

Mark's voice oozes with respect for Al and it was apparent that he wants to do right by the name "Save On Meats" and make his predecessor proud. For me, I can't wait to sidle up to that horseshoe shaped lunch counter and order one of those famous burgers.

Today, when it opens? I don't think I'll be alone. 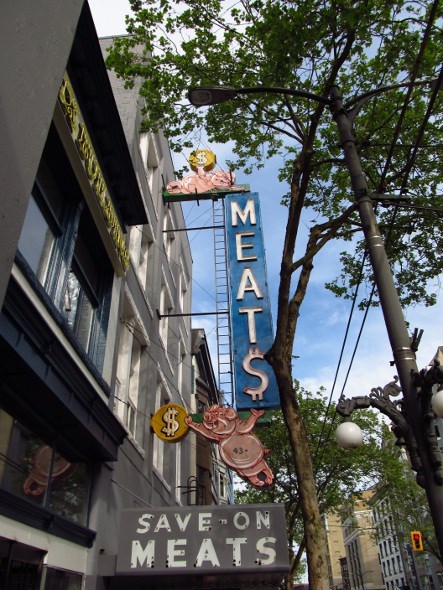 ‘Are we the next one?’: Tri-City pub contemplates future amid tightening COVID-19 restrictions
Sep 10, 2020 1:06 PM
Comments
We welcome your feedback and encourage you to share your thoughts. We ask that you be respectful of others and their points of view, refrain from personal attacks and stay on topic. To learn about our commenting policies and how we moderate, please read our Community Guidelines.