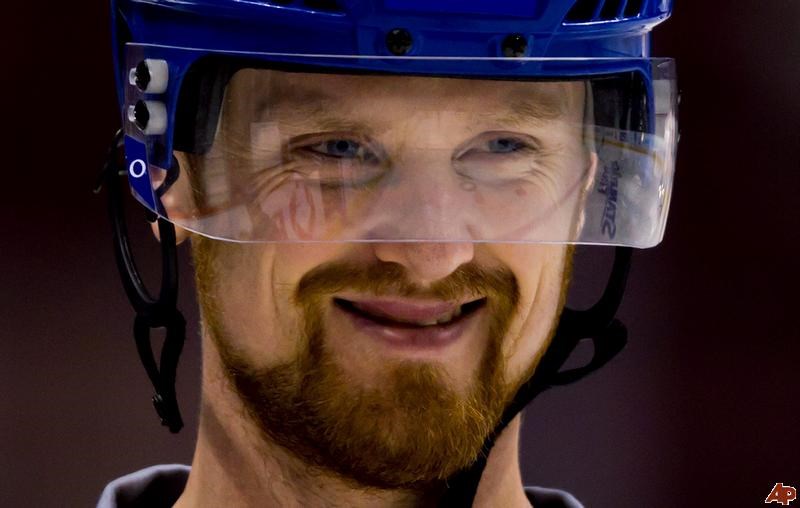 If you've been tuning in to the Canucks preseason telecasts, you've no doubt caught the obnoxious commercial in which Connor McDavid, future Oiler legend, gets a call from Mark Messier, current Oiler legend. It's supposed to be one of those meaningful, passing-of-the-torch moments, and I'll admit the commercial gets one aspect perfectly correct: the generational differences. Messier calls McDavid on the phone, like how people used to. But McDavid lets it go to voicemail, because modern-day teenagers don't know how to answer the phone.

That's my reading of it. It's also possible McDavid doesn't talk because he's phoning it in, and Messier doesn't make an appearance because he's literally phoning it in. Either way, the commercial is horrible, and for those of us in Vancouver, it's even moreso, because it stars the voice of our archnemesis Mark Messier. So I'm very glad to have stumbled across this version of the ad, which I suspect has been updated by a Canucks fan. You're gonna want to watch it to the end:

At least I think it was a Canucks fan. It might have been Michael Bay.

I'm glad somebody did this. I might not have gone the EXPLODE CONNOR MCDAVID route, especially since Jake Virtanen already did that (yessssssssss), but still. Something had to be done. And after we went after last year's ubiquitous Mark Messier ad, I didn't want to have to take up the torch again.

This fight is far from over, friends. There's another one coming.

Another commercial, that is. I'm sure of it. Perhaps even more to follow it. I suspect Sportsnet has realized all the noise we're making about Messier's constant appearances are actually helping them. And that's fine. But it just means we're going to have to re-edit every commercial to our liking. Right now we're two for two.