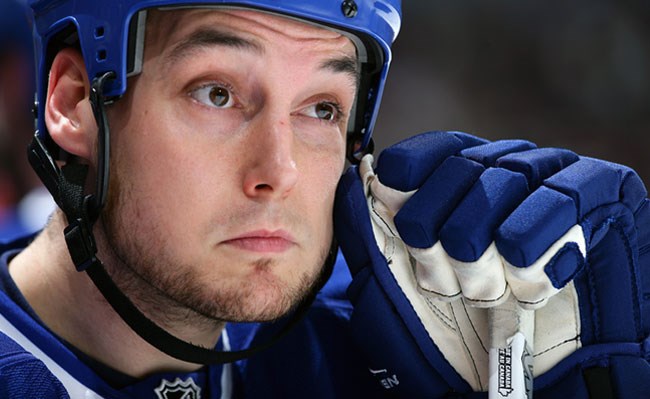 The NHL has a spotty record when it comes to concussions, from the “situational ethics” of allowing concussed players back into important playoff games or the class-action lawsuit alleging the league did not do enough to protect former players from head trauma. At the very least, however, NHL players have access to some of the best concussion specialists and treatment in the world.

“The NHL is the top league in the world,” says former Canuck and longtime PITB-favourite Kyle Wellwood. “You get the best care, the trainers are excellent, the doctors you get to see are the leaders in the world for concussions.”

But Wellwood notes that other athletes, particularly younger athletes playing sports in school or in the community, don’t have access to the same level of care available to NHL players. That’s part of the reason he invested in HeadCheck, a mobile app and software that aims to make concussion testing more accessible and affordable.

On Tuesday, HeadCheck and the British Columbia Hockey League (BCHL) announced an agreement for all 17 teams in the league to use the software as part of their standard concussion protocol.

“Our goal is to show that we can have world class concussion care at the junior level,” says Wellwood. “What this does is show we’re affordable, we can do entire leagues, everybody can have a record of their concussion history, and everyone feels a little safer about the season.”

The app also gives the athlete themselves important information and data to help them take ownership of their brain health. It could be particularly useful for multi-sport athletes, who could potentially have just one standardized record of their baseline test and concussion history, instead of relying on different protocols with different teams and sports.

“It’s not a hockey app, it’s a concussion app,” says Wellwood. “We’re based in Vancouver, in Canada, where people play hockey, but it’s for anything: soccer, rugby, any sport really.”

In fact, one of the founders of HeadCheck, Harrison Brown, was a high-level rugby player, even making Hong Kong’s under-20 team before heading to the University of Guelph to study human health and nutritional sciences, then UBC for his graduate work. Brown suffered two concussions while playing rugby, while Wellwood was more fortunate.

“I’ve never had a concussion,” says Wellwood. “I’ve had symptoms that I’ve ignored, but that’s part of taking the test: you get a better sense of what kind of symptoms are a problem.”

Athletes, particularly at a high level like the NHL, are frequently expected to play through injuries and that has included concussions. You still occasionally hear the phrase “got his bell rung” or see someone back on the ice after taking a high hit or getting run into the boards, but most people understand that taking a chance on a brain injury just isn’t worth the risk.

“The long-term effects are severe enough that you shouldn’t be playing through [concussions], even if it means a championship,” says Wellwood. “A big part of contact sports is trying to win by playing through things. That’s something cultural that’s not going to change, but being able to have that documentation for yourself of your concussion and brain history as you go through sports is something that wasn’t there yet and that’s what this does.”

Wellwood says that he could see HeadCheck making its way to higher-level leagues, noting that there are already teams in the CHL using it, but notes that it may be more important for those who may not have access to the types of concussion care available in those leagues.

“Certainly we can do a professional league like the NHL,” says Wellwood, “but we also want to make it accessible for high schools and the people who are playing sports at university, that they’re getting the care they need. Especially the junior-aged kids and high schoolers who are wanting to do contact sports but are worried about concussions.”

As for Wellwood’s personal future, does he see himself getting back into hockey in a coaching or management role?

“I don’t think so,” he says. “Not right now. I enjoy family life and investing and being part of HeadCheck.”

IWTG: Jake Virtanen went off, Thatcher Demko was on, Canucks raked up the tired Leafs
Mar 5, 2021 1:05 AM
Comments